In business, "vice president" refers to hierarchical position that ranges from extremely senior positions directly reporting to C-level executives (in non-financial companies), to junior non-management positions with four to 10 years of experience (in financial companies).

As many of these VPs have minimal employees reporting to them, their necessity has been questioned, with for example Inc. magazine arguing to flatten the corporate hierarchy. [2] Similarly, as universities have adopted a corporate structure [3] there is concern over administrative bloat [4] and over-paying VPs. [5] Benjamin Ginsberg, a political scientist and professor, has claimed the proliferation of VPs and other administrators is destroying universities. [6] "Corporate vice president" is an older term that usually denotes a vice president that is named as a corporate officer by the board of directors. Not all vice presidents in a company in the modern business environment are named as an official corporate officer.[ citation needed ]

Depending on the specific organization, the following may be an example of the hierarchy of the vice presidents:

This comparison is not strictly correct, as director is a legal term, meaning someone registered with the relevant country's company registrar (or simply named in the legal documents, for countries not having company registration) as having managerial control of the company, and having legal responsibility for its operation, whilst a vice president does not. In either case the responsibilities may be overall to the company, a region (US, EMEA, CEE...), business unit or function such as sales, marketing, IT etc.

In financial companies, "vice president" is usually a seniority rank that denotes higher responsibility, though such need not be managerial. The title does not denote an actual managerial position within the company, but often a role relatively junior to the executive board. Financial services companies have multiple vice presidents, [7] possibly because the title is a form of delayering when an employee can not be moved higher in the organization but still deserves recognition. [8] In most cases, the title merely implies that someone is in a medium-seniority individual contributor role. Larger financial institutions have thousands of employees with the title "Vice President". [9] 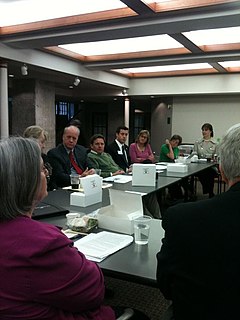 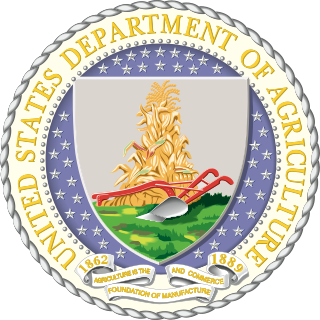 A chief executive officer (CEO), chief administrator officer (CAO), central executive officer (CEO), or just chief executive (CE), is one of a number of corporate executives charged with the management of an organization – especially an independent legal entity such as a company or nonprofit institution. CEOs find roles in a range of organizations, including public and private corporations, non-profit organizations and even some government organizations. The CEO of a corporation or company typically reports to the board of directors and is charged with maximizing the value of the business, which may include maximizing the share price, market share, revenues or another element. In the non-profit and government sector, CEOs typically aim at achieving outcomes related to the organization's mission, usually provided by legislation. CEO's are also frequently assigned the role of main manager of the organization and the highest ranking officer in the C-suite. 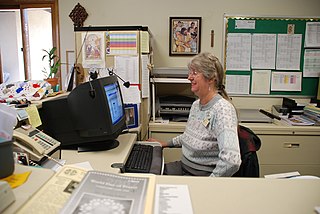 The minister of health is the minister of the Crown in the Canadian Cabinet who is responsible for overseeing health-focused government agencies including Health Canada and the Public Health Agency of Canada, as well as enforcing the Canada Health Act, the law governing Canada's universal health care system. The current minister is Jean-Yves Duclos.

A chief technology officer (CTO), also known as a chief technical officer or chief technologist, is an executive-level position in a company or other entity whose occupation is focused on the scientific and technological issues within an organization.

A provost is the senior academic administrator at many institutions of higher education in the United States and Canada and the equivalent of a deputy vice-chancellor at some institutions in the United Kingdom, Ireland, and Australia. Additionally, the heads of certain colleges of universities in the UK and Ireland are called provosts; the term is, used in this sense, the equivalent of a Master or Principal at other colleges.

In German corporate governance, a Vorstand is the executive board of a corporation. It is hierarchically subordinate to the supervisory board (Aufsichtsrat), as German company law imposes a two-tier board of directors.

James W. Owens is an American economist and manufacturing executive. He is the former chairman and chief executive officer of Caterpillar Inc., the world's largest manufacturer of construction and mining equipment, diesel and natural gas engines and industrial gas turbines. He held the positions from 1 February 2004 through 2010. 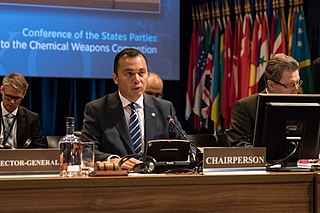 A Company Secretary is a senior position in a citizen sector establishment. Also known as Compliance Officers, it is one of the positions that is a part of the key managerial personnel of any company. In large American and Canadian publicly listed corporations, a Company Secretary is typically named a Corporate Secretary. A Company Secretary is responsible for the efficient administration of a company, particularly with regard to ensuring compliance with statutory and regulatory requirements and for ensuring that decisions of the board of directors are implemented.

The chief sustainability officer, sometimes known by other titles, is the corporate title of an executive position within a corporation that is in charge of the corporation's "environmental" programs. Several companies have created such environmental manager positions in the 21st century to formalize their commitment to the environment. The rise of the investor ESG movement and stakeholder capitalism, has increased the need for corporations to address sustainability and social issues across their value chain, and address growing needs of external stakeholders. Normally these responsibilities rest with the facility manager, who has provided cost effective resource and environmental control as part of the basic services necessary for the company to function. However, as sustainability initiatives have expanded beyond the facility — so has the importance of the position to what is now a C-level executive role. The position of CSO has not been standardized across industries and individual companies which leads it to take on differing roles depending on the organization. The position has also been challenged as symbolic, in that it does not actually have the effect of increasing sustainable practices.

The term director is a title given to the senior management staff of businesses and other large organizations.