He has won a record-breaking number of radio awards, including 11 Sony Radio Academy Gold awards, the Radio Academy Gold Award in May 2018 and runner up in the Crabbie's Ginger Wine Grand National in 2014. In 2014 he was the youngest radio presenter to be inducted into the UK Radio Academy Hall of Fame. He has performed three sold-out tours of the International Edinburgh Fringe Comedy festival in 2013. 2014 and 2015. In September 2008 he published a book The Men Commandments (Harper Collins) and in 2017 he published a children's book "Radio Boy" (Harper Collins)[ citation needed ] He is a popular international guest speaker and has collaborated with European, Australian and US radio shows. He hosted the MacMillan Cancer comedy show at the London Palladium 2016 and the Stand Up to Cancer show at the London Palladium in November 2017. He has hosted the Q Awards between 2013 and 2017.

In February 2018, O'Connell announced he would be leaving Absolute Radio and emigrating to Australia to host the Gold 104.3 breakfast programme in Melbourne. He left The Christian O'Connell Breakfast Show on 18 May 2018, before starting the new breakfast show on Gold 104.3 on 4 June 2018, featuring his long-running quiz 'Yay or Neigh'. [2]

In April 2020, Australian Radio Network announced that The Christian O'Connell Show will be syndicated across the country from Monday 27 April, airing for one hour from 7PM until 8PM on weeknights on Gold 104.3 in Melbourne, WSFM in Sydney, 97.3 FM in Brisbane, Mix 102.3 in Adelaide and 96FM in Perth. [3]

O'Connell was born and raised "on a lovely council estate in Winchester"; his father, of Irish origin, was a foreman for Ford at Southampton, and his mother an NHS nurse. His maternal grandmother was Indian, having met her husband, who fought with the Gurkhas in Burma, in India. O'Connell and his wife have two daughters. [4]

O'Connell's first job was as a dustman in Winchester at the age of 16 to earn some cash in the Christmas holidays. Christian started out on 2CR Radio in Bournemouth in 1998. He later moved to Juice FM in Liverpool in 2000. He commented "It was a budget, tin-pot station. They didn't have a lot of money." He formerly hosted BBC Radio 5 Live's weekend sports game show Fighting Talk from 2004-2006 and the 2013–14 season, the other presenters being BBC Football Commentator Jonathan Pearce and This Morning presenter Matt Johnson.

He previously hosted the Breakfast Show on indie music station XFM London (January 2001 to October 2005). O'Connell joined the Virgin Radio team making his first broadcast on 23 January 2006. He celebrated his 10th year at Virgin (September 2008 it changed its name to Absolute) by giving his listeners free tins of food.

He has long been a fan of Hollywood action man Steven Seagal, who he had mentioned several times on radio, and remarked that he would love to meet. [5] The Observer described the interview as, "a spectacularly terrible interview in which O'Connell's questions dropped into a seemingly bottomless well of apathy." [5] O'Connell described the interview remarking; "It was the single worst thing I've ever done on radio. And the other week I was having a go at Michael Parkinson, saying he used to be fantastic but sadly now he's become too fawning, and then I did the Seagal thing and I thought: I should just leave." [5]

James Nesbitt, another friend of O'Connell's, has also appeared on the show several times. He also appeared before he moved to Virgin Radio, with a guest appearance on O'Connell's XFM show in 2004.

David Cameron appeared on O'Connell's Absolute Radio show twice in 2009. His second appearance caused controversy when the Conservative leader used the expletives "pissed off" (referring to the public reaction to the expenses scandal) and (In reference to Twitter) said "too many twits might make a twat" while on air. [6]

Australian comedy duo Hamish and Andy co-hosted a world first simulcast with O'Connell on Friday 18 May 2012. The show was broadcast to coincide with both O'Connell's breakfast show and drive time on the Hamish and Andy Show on Australia's Today Network. In 2016 O'Connell and the show joined up again for a 2-day competition with a race by each of their chosen listener's to win a holiday in the UK or Australia. O'Connell's listener lost and had to endure a return flight to the Uk with no holiday. He appeared again on their show in August 2017 promoting his book Radio Boy.

On 7 August 2004, O'Connell became the second person to host the BBC Radio 5 Live show Fighting Talk, following the departure of Johnny Vaughan. It was his first outing on national radio (his XFM show was broadcast only in London) and he completed 16 months presenting the show before leaving to focus on his new breakfast show at Virgin Radio (Name Changed to Absolute Radio in 2008). The show won a Gold award at the 24th Sony Radio Academy Awards, with O'Connell accredited as the presenter. O'Connell returned to the FT presenter's chair on 12 January 2013, filling in for his successor (and current host) Colin Murray.

O'Connell returned to Radio 5 Live on Sunday mornings from September 2009, presenting The Christian O'Connell Solution, alongside comedian Bob Mills, as well as two guests. The hour-long show sees the panel provide comedic solutions to various stories appearing in the week's news. From 10 January 2010 it was replaced by 7 Day Sunday .

O'Connell has appeared as a guest on a BBC2 sports show with Dickie Davies as one of the fellow guests. In 2003, Christian replaced Chris Moyles on Channel 5's Live With... show and went on to present trivia show "Pub Ammo" in 2004 on the same channel. In 2005 he also appeared on BBC2's Eggheads quiz show with Chris Smith, Roque Segade-Vieito and an Xfm listener as the other panelists on his (losing) team. He has also narrated Channel 4's Rock School .

In May 2006, O'Connell fronted Sunday Service; a Chris Evans style Sunday evening show on Sky One. In June 2006, O'Connell started his own world cup show, World Cuppa on ITV4.

In November 2006, he appeared on the BBC TV gameshow The Weakest Link. The show, recorded in early November, was shown at Christmas 2006. O'Connell admitted on his breakfast show that he went out in the 3rd round after being voted off by his fellow contestants. He blames this on his ridiculous answer to the question "Which has more legs than the other? A dog or a duck?" O'Connell answered "Neither, it's a trick question, they have the same". O'Connell appeared as a guest in a September 2008 episode of Loose Women and Ready Steady Cook to promote his book, and was reminded of his previous Weakest Link ordeal by Zoe Tyler. He later appeared a second time on a Radio DJ special in mid-2009, but fared much better, being voted off in Round 7. In February 2010, O'Connell appeared as a presenter, commentator and interviewer for the British Association of Mixed Martial Arts (BAMMA), in a similar role to the UFC's Joe Rogan. He then went on to host BT Sports Beyond the Octagon.

O'Connell was the inspiration behind the character Jed Maxwell, the crazed fan in an episode of I'm Alan Partridge. [15]

On 18 January 2015, O'Connell hosted An Evening with Top Gear live on the official Top Gear YouTube channel where he interviewed James May, Richard Hammond and Jeremy Clarkson about their upcoming 22nd series of the show.

On 17 October 2017, O'Connell took part on The Chase (UK game show), but failed to make it past the first round before being eliminated from the game.

Ugly Phil O'Neil is a radio DJ/announcer. He was born in the United Kingdom, and lived the majority of his life in Australia. Before adopting the on-air name of Ugly Phil he was known on-air as Phil O'Neil. Phil has hosted the Hot30 Countdown, Drive at Nova 969, and Evenings at Triple M several times.

Gold 104.3 is a radio station broadcasting in Melbourne, Australia. Gold 104.3 is part of the Pure Gold Network and broadcasts on the 104.3 MHz frequency. 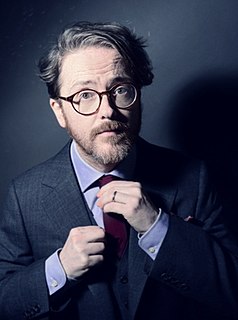 The 24th Sony Radio Academy Awards were held on 8 May 2006 at the Grosvenor House Hotel, Park Lane in London. There were 29 categories of award and two special awards.

Big John @ Breakfast is the current breakfast show on local radio station Hallam FM, in South Yorkshire, UK, and has been on air since 2000.

Peter Donaldson is an English podcaster and radio presenter. He featured on the Danny Wallace Saturday show on Xfm, and the Alex Zane breakfast show and is currently one of the presenters on The Football Ramble, Wrestle Me and The Luke and Pete Show podcasts. Donaldson has cohosted the Abroad in Japan podcast with Chris Broad since 2018.

JACKfm is an adult hits format radio station that broadcasts on 106.8 MHz FM in Oxford, Oxfordshire, United Kingdom, and on DAB in Oxfordshire. Between 2016 and 2017 it also broadcast in Surrey and parts of Hampshire. The station shares premises in Eynsham, Oxfordshire, with its sister stations JACK 2 and Jack 3, as well as its national DAB stations Union JACK, Union JACK Rock and Union JACK Dance. 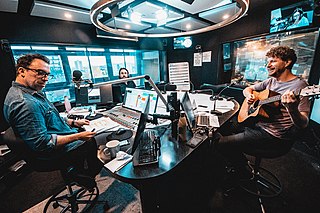