Mandated by the Commercial Motor Vehicle Safety Act 1986 (CMVSA) and revised in accordance with various other federal laws subsequent to CMVSA, CDLIS helps document the issuance of a Commercial driver's license (CDL) and the withdrawal of a commercial driver by the State Driver Licensing Agencies (SDLAs) of the CDLIS jurisdictions (the 50 U.S. States and the District of Columbia). The purpose of CDLIS is to keep a record of each driver nationwide and help ensure only one driver license and one record for each driver and to enable authorized users nationwide, such as local law enforcement officials, to check whether a driver is withdrawn, through the cooperative exchange of commercial driver information between the CDLIS jurisdictions.

CDLIS consists of a Central Site (located in Ashburn, Virginia) and nodes for all 51 SDLAs, all interconnected on AAMVAnet (AAMVA's proprietary, secure network). The Central Site stores identification data about each commercial driver registered in the jurisdictions, such as: name; date of birth; last five digits of the Social Security Number; State driver license number and Also Known As (AKA) information (i.e., former/previous names, DOBs, and/or State driver license numbers). The information at the Central Site constitutes a driver's unique CDLIS Master Pointer Record (MPR). The jurisdiction nodes store the Driver History Records (DHRs), which include driver identification information, license information, history of convictions, and history of withdrawals for each commercial driver licensed by the particular state.

AAMVA's CDLIS maintenance fee, charged to each state, is $1 per year for each CDL record on CDLIS owned by the particular state. 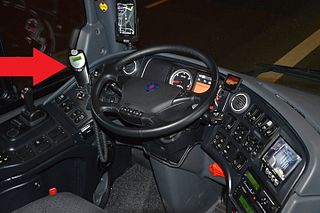 An ignition interlock device or breath alcohol ignition interlock device is a breathalyzer for an individual's vehicle. It requires the driver to blow into a mouthpiece on the device before starting or continuing to operate the vehicle. If the resultant breath-alcohol concentration analyzed result is greater than the programmed blood alcohol concentration, the device prevents the engine from being started. The interlock device is located inside the vehicle, near the driver’s seat, and is directly connected to the engine’s ignition system. 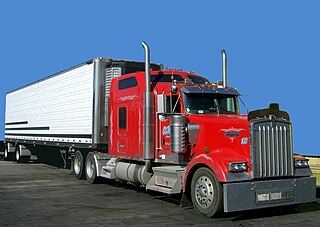 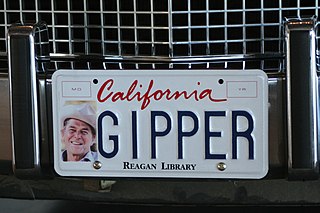 A vanity plate or personalized plate ; prestige plate, private number plate, cherished plate or personalised registration ; personalised plate or custom plate is a special type of vehicle registration plate on an automobile or other vehicle. The owner of the vehicle pays extra money to have their own choice of numbers or letters, usually portraying a recognizable phrase, slogan, or abbreviation on their plate. Sales of vanity plates are often a significant source of revenue for North American provincial and state licensing agencies. In some jurisdictions, such as British Columbia, vanity plates have a different color scheme and design.

The Driver License Compact is an agreement between states in the United States of America. The compact is used to exchange data between motorist's home state and a state where the motorist incurred a vehicular infraction. Not all states are members, and states respond to the data differently.

In the United States, the Driver License Agreement (DLA) is an interstate compact written by the Joint Executive Board of the Driver License Compact (DLC) and the Non-Resident Violator Compact (NRVC) with staff support provided by the American Association of Motor Vehicle Administrators (AAMVA). The DLA requires all states to honor licenses issued by other member states, report traffic convictions to the licensing state, prohibit a member state from confiscating an out-of-state driver's license or jailing an out-of-state driver for a minor violation; and maintain a complete driver's history, including withdrawals and traffic convictions including those committed in non-DLA states.

The Real ID Act of 2005, Pub.L. 109–13, 119 Stat. 302, enacted May 11, 2005, is an Act of Congress that modifies U.S. federal law pertaining to security, authentication, and issuance procedure standards for driver's licenses and identity documents, as well as various immigration issues pertaining to terrorism.

The National Driver Register (NDR) is a computerized database of information about United States drivers who have had their driver's licenses revoked or suspended, or who have been convicted of serious traffic violations, such as driving under the influence or drugs or alcohol.. The records are added and maintained and deleted by the motor vehicle agency (MVA) of the state that convicted the driver or withdrew the driver's license.

The Oklahoma Department of Public Safety (ODPS) is a department of the government of Oklahoma. Under the supervision of the Oklahoma Secretary of Safety and Security, DPS provides for the safety of Oklahomans and the administration of justice in the state. DPS is responsible for statewide law enforcement, vehicle regulation, homeland security and such other duties as the Governor of Oklahoma may proscribe.

The California Department of Motor Vehicles (DMV) is the state agency that registers motor vehicles and boats and issues driver's licenses in the U.S. state of California. It regulates new car dealers, commercial cargo carriers, private driving schools, and private traffic schools. The DMV works with the Superior Courts of California to promptly record convictions against drivers' licenses and subsequently suspends or revokes licenses when a driver accumulates too many convictions. It issues California license plates and driver's licenses. The DMV also issues identification cards to people who request one.

The Professional Truck Driver Institute (PTDI) is a non-profit organization that provides certification of training courses for drivers of commercial motor vehicles. It was formed in 1986 during the standardization of commercial driver's licensing by the Federal Motor Carrier Safety Administration in the United States. Its management was taken over by the TCA in 1996. PTDI is the first nonprofit organization to develop uniform skill performance, curriculum, and certification standards for the trucking industry and to award course certification to entry-level truck driver training courses and motor carrier driver-finishing programs.

Commercial driver's license training is a specialized instructional program or course designed to prepare a student to obtain a commercial driver's license (CDL), which is required for a career as a truck driver in the United States. During training, students are taught the necessary knowledge and skills to pass a series of tests to obtain their CDL. Such a program generally begins with classroom instruction geared towards passing the written exams for a CDL permit, a learner's permit that allows a student to practice driving skills on public roads with a CDL licensed driver or instructor. Students graduate from CDL training upon receiving their CDLs and proving that they can comfortably and safely drive and maneuver a truck. Most CDL training schools train drivers for a class A CDL, which allows the holder to drive a tractor trailer weighing over 26,000 pounds. 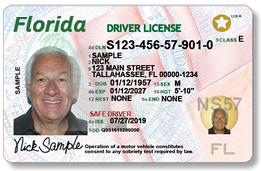 In the United States, driver's licenses are issued by each individual state, territory, and the District of Columbia rather than by the federal government due to federalism. Drivers are normally required to obtain a license from their state of residence and all states recognize each other's licenses for non-resident age requirements. A state may also suspend an individual's driving privilege within its borders for traffic violations. Many states share a common system of license classes, with some exceptions, e.g. commercial license classes are standardized by federal regulation at 49 C.F.R. 383.

The Vermont Department of Motor Vehicles (DMV) is the governmental agency responsible for registering and inspecting automobiles and other motor vehicles as well as licensing drivers in the U.S. state of Vermont. 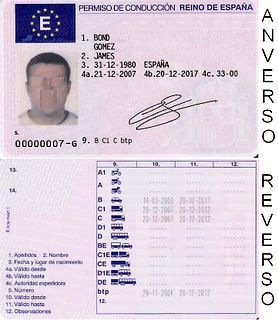 In the Republic of Lebanon, a driving licence is the official document which authorises its holder to operate various types of motor vehicles on highways and some other roads to which the public have access and are issued by each individual canton.