The BBC adapted Savile's slogan for the title of his Saturday night variety show beginning in 1973. [1] The slogan was introduced during the previous campaign, fronted by Shaw Taylor and featuring the slogan "Your seatbelt is their security". However, it was the onomatopoeia used by Taylor to describe the act of closing the door and fastening a seatbelt which proved the most memorable aspect of the campaign, and so it was upgraded to act as the slogan when the films moved into colour.

The advertisements highlighted the dangers of traffic collisions and reminded drivers that the first thing they should do after closing the door ("Clunk") is fasten their seatbelt ("Click"). These advertisements, which included graphic sequences of drivers being thrown through the windscreen and, in one Savile-hosted public service announcement, an image of a disfigured woman who survived such an accident, helped lay the groundwork for compulsory seatbelt use in the front seat of a vehicle, which came into force on 31 January 1983 in the UK, although car manufacturers had been legally obliged to fit front seatbelts since 1965. [2] 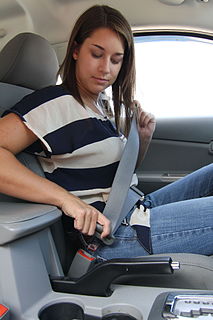 A seat belt is a vehicle safety device designed to secure the driver or a passenger of a vehicle against harmful movement that may result during a collision or a sudden stop. A seat belt reduces the likelihood of death or serious injury in a traffic collision by reducing the force of secondary impacts with interior strike hazards, by keeping occupants positioned correctly for maximum effectiveness of the airbag and by preventing occupants being ejected from the vehicle in a crash or if the vehicle rolls over.

The United Kingdom held a national pre-selection to choose the song that would go to the Eurovision Song Contest 1974. It was held on 23 February 1974 and presented by Jimmy Savile as part of the BBC1 TV series Clunk, Click... As It Happens, with Olivia Newton-John selected to perform all of the entries, in part due to the recommendation of her close friend Cliff Richard. Originally, as with 1973, Cilla Black's 1974 nine-part BBC series was scheduled to feature the 'Song for Europe' process, but Black was uncomfortable at promoting another female singer (Newton-John) each week throughout the series' run and in a rather last minute decision, the BBC arranged to move the process to another show. This necessitated a truncating of the regularly established format of the chosen artist performing one song a week on the given series, so it was planned that Newton-John would perform two songs a week for three weeks once the series started. However, a BBC strike led to the cancellation of the first show, so another revision was needed and Olivia performed three songs a show over two programmes. In the final, her performances were immediately repeated before viewers were asked to cast votes via postcards through the mail to choose the winner. An extremely low postal vote led to Long Live Love winning with just 27,387 votes. 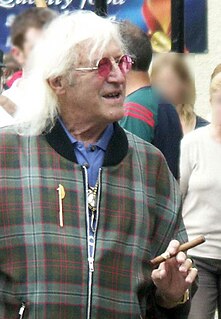 Sir James Wilson Vincent Savile was an English DJ, television and radio personality who hosted BBC shows including Top of the Pops and Jim'll Fix It. He raised an estimated £40 million for charities and, during his lifetime, was widely praised for his personal qualities and as a fund-raiser. After his death, hundreds of allegations of sexual abuse were made against him, leading the police to conclude that Savile had been a predatory sex offender—possibly one of Britain's most prolific. There had been allegations during his lifetime, but they were dismissed and accusers ignored or disbelieved; Savile took legal action against some accusers. 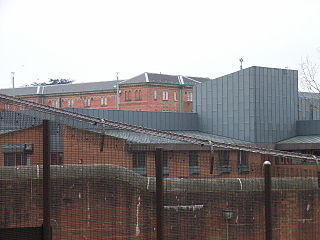 Broadmoor Hospital is a high-security psychiatric hospital in Crowthorne, Berkshire, England. It is the oldest of the three high-security psychiatric hospitals in England, the other two being Ashworth Hospital near Liverpool and Rampton Secure Hospital in Nottinghamshire. The hospital's catchment area consists of four National Health Service regions: London, Eastern, South East and South West. It is managed by the West London NHS Trust.

Click It or Ticket is a National Highway Traffic Safety Administration campaign aimed at increasing the use of seat belts among young people in the United States. The campaign relies heavily on targeted advertising aimed at teens and young adults. 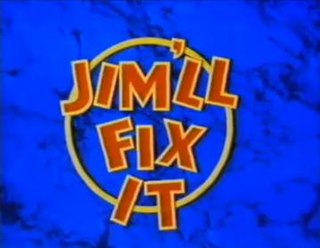 Jim'll Fix It was a long-running British television show, broadcast by the BBC between May 1975 and June 1994. It was devised and presented by Jimmy Savile and produced by Roger Ordish and encouraged children to write in to have their wishes granted.

Shock value is the potential of an image, text, action, or other form of communication, such as a public execution, to provoke a reaction of sharp disgust, shock, anger, fear, or similar negative emotions.

Public information films (PIFs) are a series of government-commissioned short films, shown during television advertising breaks in the United Kingdom. The US equivalent is the public service announcement (PSA). Public information films were common place in the 1950s till the 2000s however became obsolete with the closure of the COI.

The British Broadcasting Corporation (BBC) took its present form on 1 January 1927 when Sir John Reith became its first Director-General. Reith stated that impartiality and objectivity were the essence of professionalism in broadcasting.

Julie, also known as Julie knew her killer, is the title of a British public information film (PIF) about the importance of wearing a seatbelt in the rear of a car. It ran on national television from 1998 to 2003, and was so successful it was also shown in France, Germany and Australia, as well as being remade by Royal Dutch Shell for broadcast in Libya.

Elephant is the title of a British public information film about the importance of wearing a seatbelt in the rear of a car. It was first broadcast in 1993 and continued until 1998, when it was replaced by the Julie campaign.

Maurice Dodd was an English writer and cartoonist best known for his years spent working on The Perishers comic strip published in the Daily Mirror.

The Road Safety Authority, or RSA, is a state agency formed by the Irish Government to promote road safety within the Republic of Ireland. The agency has devolved control of much of the work of the Department of Transport.

The Transport Act 1981 was an Act of Parliament in the United Kingdom. Amongst other items it introduced the compulsory wearing of seat belts for front seat passengers for a trial period of three year.

Jimmy Savile (1926–2011) was an English media personality who, during his lifetime, was well known in the United Kingdom for his eccentricities and was generally respected for his charitable work. He was knighted in 1990. In late 2012, almost a year after his death, reports surfaced that Savile had sexually abused hundreds of individuals throughout his life, with alleged male and female victims, ranging from prepubescent to adult.

"The Age of the Train" was a television advertising campaign in the United Kingdom created by British Rail in the late-1970s to promote its InterCity rail travel service. The adverts were presented by DJ and BBC presenter Jimmy Savile and featured the then-new InterCity 125 high-speed train.

Cilla was a BBC TV programme hosted by British singer Cilla Black. It ran for eight series from 30 January 1968 to 17 April 1976.