The Green Cross Code is a brand created by the National Road Safety Committee (now the Royal Society for the Prevention of Accidents, RoSPA) to raise awareness of pedestrian road safety in the United Kingdom. The multimedia Green Cross Code campaign began in 1970 and continues today.

Prior to the introduction of the Green Cross campaign, a series of puppet animation public information films, featuring Tufty Fluffytail (narrated by Bernard Cribbins) were in regular broadcast rotation across the UK. Tufty Fluffytail, a childlike red squirrel character, was created in 1953 by Elsie Mills to introduce clear and simple safety messages to children. The success of the character led to the creation in 1961 of the Tufty Club for children under five years of age. Under its auspices more than 30,000 Tufty books about road safety were issued to parents. At its peak there were nearly 25,000 branches of the Tufty Club throughout the UK, and by the early 1970s an estimated two million children were members. The movement continued into the 1980s. [1]

The Green Cross Code itself is a short step-by-step procedure designed to enable pedestrians to cross streets safely. While the Code has undergone several changes over the years, the basic tenets ("Stop, Look, Listen, Think" or "Stop Look Listen Live".) have remained more or less the same. The 2018 version of the Green Cross Code reads as follows: [2]

The Green Cross Man is a costumed superhero character created in England in mid-1970 as an aid to teaching young children the Green Cross Code, and for promoting general road safety via television adverts. British actor David Prowse, who went on to portray Darth Vader in the film Star Wars (1977), played the character in a series of Public Information Films sponsored by the British Government's Central Office of Information for the Department of the Environment. The original adverts were broadcast on British television from 1975 to 1990.

In the adverts the "Green Cross Man" has the power to teleport from his monitoring station at "Green Cross Control" to any location where children are in need of pedestrian safety instruction. He accomplishes this by use of a wristwatch-like "dematerialiser" device. On these missions he is sometimes accompanied by a robot companion. His signature exclamation of surprise or disbelief is "Green Crosses!" and his slogan is "I won't be there when you cross the road, so always use the Green Cross Code." The first two adverts in the series had David Prowse's voice dubbed by another actor due to his pronounced Bristol accent. [3] In the third advert he appeared using his own voice. [4]

In 2014 the Green Cross Code Man series was revived, with David Prowse playing the character in his 80th year, in two adverts produced for Road Safety Week in the United Kingdom. [5] The new campaign was targeted at young adults alerting them to the danger of pedestrian accidents caused by distraction from using smartphones, and wearing headphones to listen to music whilst crossing roads. [6]

In 1976, actor Jon Pertwee, the Third Doctor (1970 to 1974) on the television series Doctor Who , appeared in a PIF for the Green Cross Code introducing the mnemonic "SPLINK", which stood for: [7]

The film was later updated to cartoon form, voiced by Derek Griffiths. [8]

In 1983, the television adverts employed a "Green Cross Code" rap based on the hit "The Message" by Grandmaster Flash. The original lyrics of "Don't push me cos I'm close to the edge" were replaced with "Don't step out when you're close to the edge." The advert was re-released for its 10th anniversary in 1993 with slightly different lyrics.

Other UK celebrities who have appeared in "Green Cross Code" PSAs include Joe Bugner, vocalist Les Gray of the Mud pop group, Kevin Keegan, and Alvin Stardust. These adverts used the banner "Be Smart...Be Safe."

The Kerb Drill is a procedure for pedestrians to cross streets safely, developed by Jocelyn Arthur Adair Pickard (1885–1962), a former Royal Engineer who became Director-General of RoSPA. [9] [10] As it originated in the UK, it is the opposite direction from countries that drive on the right-hand side of the road. The Kerb Drill encourages pedestrians to look before they cross:

At the kerb halt! Eyes right, Eyes left, Eyes right again. If the road is clear, Quick march—walk straight across.

The repeated look to the right is to check again for a car in the closest lane. In countries that drive on the right-hand side of the road, the Kerb Drill would be: 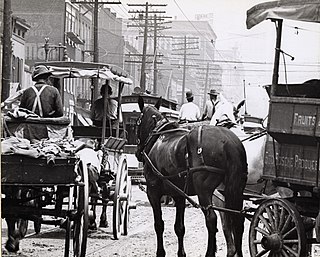 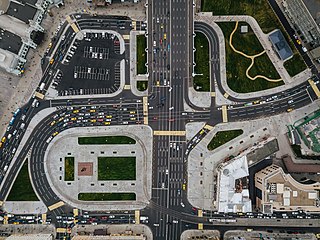 An intersection is an at-grade junction where two or more transport flows meet or cross. Intersections may be classified by number of road segments, traffic controls or lane design. 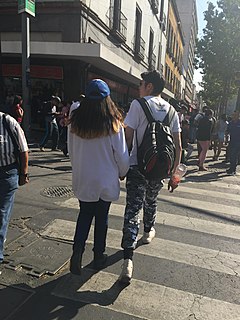 A zebra crossing is a type of pedestrian crossing used in certain places around the world. Its distinguishing characteristic is that it gives priority to pedestrians; once someone has indicated their intent to cross by waiting by the crossing, motorists are obliged to stop. These were introduced to the UK in the 1930s as a road safety measure and were marked by a pair of striped poles, each supporting a flashing orange light, known as Belisha Beacons. In the 1940s road markings were added to the crossing design: These were alternating dark and light stripes on the road surface. These stripes, resembling the coat of a zebra, give rise to the common 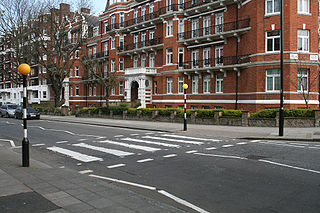 A pelican crossing is the UK and Irish name for a type of pedestrian crossing, which features a pair of poles each with a standard set of traffic lights facing oncoming traffic, a push button and two illuminated, coloured pictograms facing the pedestrian from across the road. These are a red, stationary person to indicate that it is not safe to cross, and a green, walking person to indicate that it is safe to do so. Pelican crossings also provide non-visual indication that it is safe to cross, such as a beep, vibrating button or tactile rotating cone in order to assist visually impaired pedestrians. 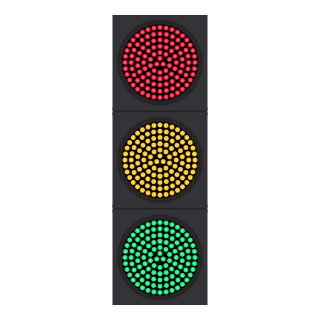 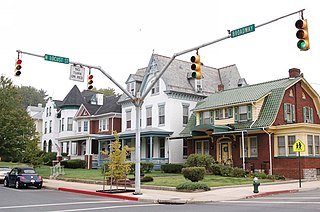 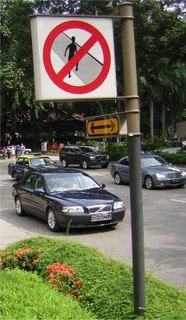 Public information films (PIFs) are a series of government-commissioned short films, shown during television advertising breaks in the United Kingdom. The US equivalent is the public service announcement (PSA). Public information films were common place in the 1950s till the 2000s however became obsolete with the closure of the COI. 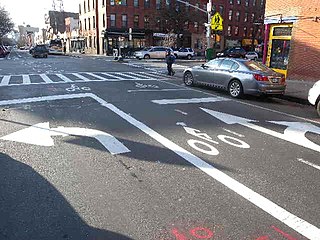 An advanced stop line (ASL), also called advanced stop box or bike box, are road markings at signalised road junctions allowing certain types of vehicle a head start when the traffic signal changes from red to green. Advanced stop lines are implemented widely in the Netherlands, Denmark, the United Kingdom, and other European countries but was first conceptualized by transportation planner Michael Lynch for the city of Portland, Oregon in response to numerous bike crashes at intersections.

A crossing guard, lollipop man/lady, crosswalk attendant, or school road patrol is a traffic management personnel who is normally stationed on busy roadways to aid pedestrians. Often associated with elementary school children, crossing guards stop the flow of traffic so pedestrians may cross an intersection. Crossing guards are known by a variety of names, the most widely used in the United Kingdom, Ireland and Australia being "lollipop lady/man", a reference to the large signs used that resemble lollipops. The verb is lollipopping, which can also be used for road works.

Stop, Look and Listen or Stop, Look, Listen may refer to: 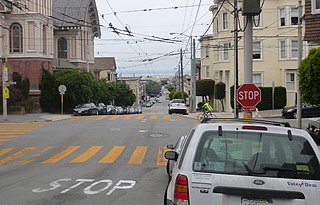 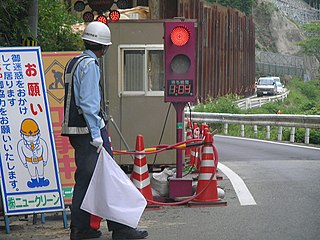 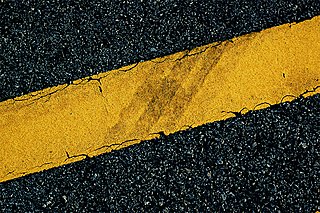