Pitts came to the Chiefs in 1965, the team's fourth-round draft pick. He had speed and desire, but throughout the wide receiver's first three seasons in Kansas City. he acquired a "bad hands" label. However, he worked through the problem, and when starting wide receiver Otis Taylor was injured in 1968, Pitts stepped in. He was a starter the next three seasons, and his end around reverse runs became a big part of the Chiefs' offense.

Hank Stram told the play to Chiefs quarterback Len Dawson. "Listen, let's have a ... 9-0-8, 51 G-O reverse." As Dawson ran back to the huddle, Stram told everyone on the sidelines, "Here comes the reverse from Tight I, it could be wide open." Dawson took the snap, faked to Wendell Hayes on the left side of the line, then turned the ball to a sprinting Frank Pitts, who turned the corner and jetted down the right sideline for 20 yards. It was one of the biggest plays of the Chiefs' Super Bowl IV win over the Minnesota Vikings, and it set up Jan Stenerud's third field goal of the game.

Pitts ran the reverse again in the third quarter and picked up a critical first down. Otis Taylor scored on the next play.

In 74 games for Kansas City, Pitts caught 78 passes for 11 touchdowns and ran the ball 24 times for 238 yards and one touchdown.

The Chiefs traded Pitts to the Cleveland Browns before the start of the 1971 season, where he became one of their starting wide receivers. He finished his career with the Oakland Raiders.

Frank currently resides in Baton Rouge, Louisiana. Frank is married to Diane Guidry Pitts and they have three children.

His grandson Brandon Bolden played at Ole Miss and is now a running back for the New England Patriots. [2] [3]

The First AFL-NFL World Championship Game in professional American football, known retroactively as Super Bowl I and referred to in contemporaneous reports, including the game's radio broadcast, as the Super Bowl, was played on January 15, 1967 at the Los Angeles Memorial Coliseum in Los Angeles, California. The National Football League (NFL) champion Green Bay Packers defeated the American Football League (AFL) champion Kansas City Chiefs by the score of 35–10. 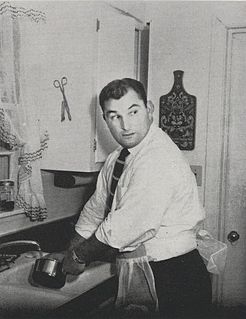 The Kansas City Chiefs is a professional American football franchise that began play in 1960 as the Dallas Texans. The team was a charter member of the American Football League (AFL), and now play in the National Football League (NFL).

The 1966 Kansas City Chiefs season was the team's seventh season and fourth in Kansas City. With an 11–2–1 regular season record, the Chiefs won the Western Division and defeated the Buffalo Bills to win their second AFL Championship, their first in Kansas City. 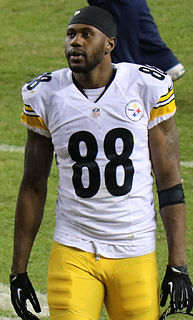 Darrius Ramar Heyward-Bey is a former American football wide receiver. He played college football at the University of Maryland, and was drafted by the Oakland Raiders seventh overall in the 2009 NFL Draft. He has also played for the Indianapolis Colts and Pittsburgh Steelers.

The 2009 Oakland Raiders season was the 50th season for the original American Football League team, and its 40th in the NFL. On September 6, 2009, The Raiders traded a 2011 draft pick to the New England Patriots for ×5 Pro Bowl Defensive Lineman Richard Seymour. With their loss to Dallas on November 26, 2009, The Raiders sealed their seventh consecutive losing season. After beating the Pittsburgh Steelers on December 6, 2009, the Raiders moved to 4–0 when playing Pittsburgh the year they won the Super Bowl, or are the defending Champions, winning in 1974, 1980, 2006, and now 2009.

Brandon Bolden is an American football running back and special teamer for the New England Patriots of the National Football League (NFL). He played college football at the University of Mississippi. He was signed by the Patriots as an undrafted free agent in 2012.