The International Federation of Pedestrians (IFP) [1] is an umbrella federation for national pedestrian organisations, promoting and defending walking as a form of sustainable mobility throughout the world. [2] [3] IFP was founded in 1963, and received UN accreditation in 1971. [4]

The robots exclusion standard, also known as the robots exclusion protocol or simply robots.txt, is a standard used by websites to communicate with web crawlers and other web robots. The standard specifies how to inform the web robot about which areas of the website should not be processed or scanned. Robots are often used by search engines to categorize websites. Not all robots cooperate with the standard; email harvesters, spambots, malware and robots that scan for security vulnerabilities may even start with the portions of the website where they have been told to stay out. The standard can be used in conjunction with Sitemaps, a robot inclusion standard for websites.

The Inkatha Freedom Party (IFP) is a political party in South Africa. The party has been led by Velenkosini Hlabisa since the party's 2019 National General Conference. Mangosuthu Buthelezi founded the party in 1975 and led it until 2019. The IFP is currently the fourth largest party in the National Assembly of South Africa, in 2014 yielding third place to the Economic Freedom Fighters, formed in 2013.

Price look-up codes, commonly called PLU codes, PLU numbers, PLUs, produce codes, or produce labels, are a system of numbers that uniquely identify bulk produce sold in grocery stores and supermarkets. The codes have been in use since 1990, and over 1400 have been assigned. The codes are administered by the International Federation for Produce Standards (IFPS), a global coalition of fruit and vegetable associations that was formed in 2001 to introduce PLU numbers globally. 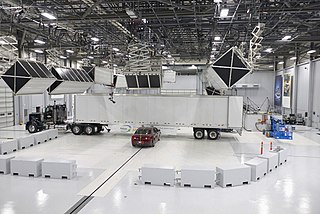 The Insurance Institute for Highway Safety (IIHS) is a U.S. nonprofit organization funded by auto insurance companies, established in 1959 and headquartered in Arlington, Virginia. It works to reduce the number of motor vehicle traffic collisions, and the rate of injuries and amount of property damage in the crashes that still occur. It carries out research and produces ratings for popular passenger vehicles as well as for certain consumer products such as child car booster seats. It also conducts research on road design and traffic regulations, and has been involved in promoting policy decisions.

Cycling advocacy consists of activities that call for, promote or enable increased adoption and support for cycling and improved safety and convenience for cyclists, usually within urbanized areas or semi-urban regions. Issues of concern typically include policy, administrative and legal changes ; advocating and establishing better cycling infrastructure ; public education regarding the health, transportational and environmental benefits of cycling for both individuals and communities, cycling and motoring skills; and increasing public and political support for bicycling.

An automotive night vision system uses a thermographic camera to increase a driver's perception and seeing distance in darkness or poor weather beyond the reach of the vehicle's headlights. Such systems are offered as optional equipment on certain premium vehicles. The technology was first introduced in the year 2000 on the Cadillac Deville. This technology is based on the night vision devices (NVD), which generally denotes any electronically enhanced optical devices operate in three modes: image enhancement, thermal imaging, and active illumination. The automotive night vision system is a combination of NVDs such as infrared cameras, GPS, Lidar, and Radar, among others to sense and detect objects.

Visitors to Israel must obtain a visa from one of the Israeli diplomatic missions unless they come from one of the visa exempt countries. All visitors must hold a passport that is valid for 6 months after the date of departure from Israel.

Nquthu Local Municipality is an administrative area in the Umzinyathi District of KwaZulu-Natal in South Africa. Nquthu is an isiZulu name meaning "the back of the head". 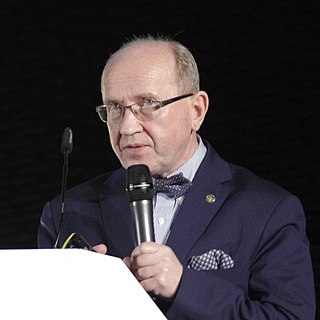 Henryk Skarzynski is a Polish doctor otolaryngologist, audiologist and phoniatrist, creator and director of Warsaw Institute of Physiology and Pathology of Hearing and World Hearing Center in Kajetany.

The Republic of the Philippines and the United Nations have been affiliated since the conception of the organization. The then Commonwealth of the Philippines was one of the signatories of the 1942 UN Declaration, from which the U.N. Charter of 1945 was based on. The Philippines was also among the 51 original member states, and one of only four Asian nations, that signed this charter, which marked the beginning of the UN operations.

United Nations General Assembly Resolution 68/262 was adopted on March 27, 2014 by the sixty-eighth session of the United Nations General Assembly in response to the Russian annexation of Crimea and entitled "Territorial integrity of Ukraine". The non-binding resolution, which was supported by 100 United Nations member states, affirmed the General Assembly's commitment to the territorial integrity of Ukraine within its internationally recognized borders and underscored the invalidity of the 2014 Crimean referendum. Eleven nations voted against the resolution, while 58 abstained, and a further 24 states were absent when the vote took place.