Last updated April 01, 2021
This article is about fundraising walks. For the walkathon as a competitive event, see dance marathon.

A walkathon (walk-a-thon), walking marathon or sponsored walk is a type of community or school fundraiser in which participants raise money by collecting donations or pledges for walking a predetermined distance or course. They are similar in format to other physical activity based fundraising events such as marathons and cycling races, but are usually non-competitive and lower intensity. The low intensity model is ideal for mobilizing broad-based community support, and as a result Walkathons usually target participants from a wide range of ages and economic backgrounds.

Walkathons are popular fundraisers for issues that affect large sections of the population. Most commonly, Walkathons focus on fighting or curing pervasive diseases or ailments such as AIDS, Cancer, Diabetes, Lupus, and Arthritis, and participation is also often promoted as a symbol of empowerment, remembrance, or awareness of sufferers and their relations.

Walkathons are also popular for elementary schools because they allow the children to make a visible contribution to their school, they build community, are fun, encourage healthy exercise, and can be very lucrative.

The first known walkathon was held in San Juan, Puerto Rico in 1953, by the Puerto Rican actor/comedian, Ramón Rivero, [1] [2] better known as Diplo. He walked 80 miles (from the capital city of San Juan to Ponce, on the other side of the island, to raise money for the Liga Puertorriqueña Contra el Cáncer (the Puerto Rican League Against Cancer). In that walkathon, Ramón Rivero raised the equivalent of $85,000 in four days. The walkathon turned into an historical event that became part of the collective consciousness of Puerto Ricans all over the world [2] [1] and has been copied several times since, including in 2009, when the "League", in memory of the first event, did a "Diplo Returns to San Juan" walkathon, raising almost $200,000. [2] [1]

In 1968, the first walkathon was held on the US mainland, sponsored by the American Freedom from Hunger Foundation. After receiving a national promo from Johnny Carson and Ed McMahon, who were in the Twin Cities for a live performance of The Tonight Show , the Minneapolis, Minnesota walkathon, called the "International Walk for Development", drew over 3,000 walkers to the 33-mile route through the streets of Minneapolis. The local organizers included two high school activists, Laurel Norton of St. Paul, and Howard Freedland of Minneapolis, who convinced Johnny Carson to promote the event and organized local churches and synagogues to support the walk.[ citation needed ]

The other walkathon organizers included Harvey Silver and a former priest named Jack Healey. On a stopover in England, when returning from the Peace Corps, they saw adults participating in sponsored walks to raise money for causes. Together with Bob Schumacher, who provided the public relations support, the first walkathons were held in the US, primarily with children walking, rather than adults.[ citation needed ]

On 8 May 1971, the largest nationally coordinated walkathon up to that time saw over 150,000 American walkers on several dozen routes throughout the nation walk over 2 million miles, raising over $1.2m to fight hunger. These "Walks for Development" were coordinated by the American Freedom from Hunger Foundation. The largest 8 May walk was in Milwaukee, Wisconsin, with an estimated 20,000 walkers on a 31-mile route. Other large marches that day were in Indianapolis, Eugene, and Philadelphia. [3]

The concept immediately caught on with other groups, and many organizations soon adopted walkathons for fundraising.

To date, the record for the world's largest recorded walkathon has been grabbed by the Iglesia ni Cristo, a religious organization based in the Philippines. This largest walk for a cause, which happened on 15 February 2014, was dubbed the Iglesia ni Cristo World Wide Walk For Those Affected by Typhoon Yolanda/Haiyan . It breaks two Guinness world records as the largest charity walk in a single venue (Manila, Philippines) with 175,000 participants, and the largest charity walk in 24 hours for multiple venues (from Christchurch, New Zealand to Hawaii, USA) with 519,521 participants. [4] [5]

The term walkathon dates to the 1930s, when it was used to describe a variant of the competitive dance marathon. [6] It is a portmanteau of the words walk and marathon.[ citation needed ]

Raymond Arrieta is a Puerto Rican actor, comedian, host and philanthropist. Starting his career as a comedian in various local shows, Arrieta gained popularity in the 1990s when he hosted a string of successful comedy shows where he showcased his various characters and personifications. Since 2007, Arrieta has been hosting the mid-day variety show Día a Día, along with Dagmar. Arrieta is also a radio show host and a theater actor.

Relay For Life is a community-based fundraising event for the American Cancer Society and many other Cancer related institutions, societies and associations. Each year, more than 5,000 Relay For Life events take place in over twenty countries. Events are held in local communities, university campuses and in virtual campaigns. As the American Cancer Society's most successful fundraiser and the organization's signature event, the mission of Relay For Life is to raise funds to improve cancer survival, decrease the incidence of cancer, and improve the quality of life for cancer patients and their caretakers. 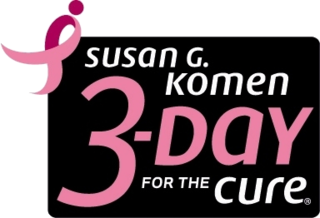 The Susan G. Komen 3-Day, frequently referred to as the 3-Day, is a 60-mile walk to raise funds for Susan G. Komen for the Cure and promote awareness to fight breast cancer. Individual participants must raise at least $2,300 to walk 60 miles (96 km) over a three-day weekend.

Project Bread's Walk for Hunger is the oldest continual pledge walk in the United States and the largest annual one-day fundraiser to alleviate local hunger in Massachusetts.

A zombie walk is an organized public gathering of people who dress up in zombie costumes. Participants usually meet in an urban center and make their way around the city streets and public spaces in an orderly fashion. Zombie walks can be organized simply for entertainment or with a purpose, such as setting a world record or promoting a charitable cause. Originating in North America during the 2000s, zombie walks have occurred throughout the world.

The annual Hood To Coast Relay is an overnight, long-distance relay race held in the U.S. state of Oregon, annually in late August, traditionally on the Friday and Saturday before the Labor Day weekend. It is the largest running and walking relay in the world. The Hood To Coast has filled its team limit for the past 30 years, and 23 straight years on Opening Day of the lottery. 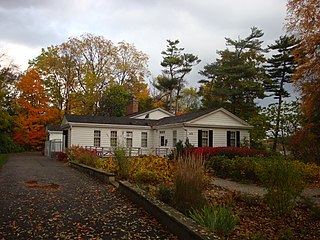 Founded in 1948, the Multiple Sclerosis Society of Canada promotes multiple sclerosis (MS) research and provides education and services to people with MS and their families and caregivers. The society's mission is to seek a cure for MS and to enable people affected by MS to enhance their quality of life.

AIDS Walk AIDS Walk is a walkathon fundraiser that raises money to combat the AIDS epidemic. Since 1985, AIDS Walk Los Angeles has drawn hundreds of thousands of supporters to walk, and millions more to donate, raising more than $90 million to combat HIV and AIDS in Los Angeles. The funds raised at the event remain a vital lifeline that sustains APLA Health’s care, prevention, and advocacy programs for those living with HIV in Los Angeles County. Proceeds also benefit more than 20 other HIV/AIDS service organizations that are able to participate and raise funds through the Community Coalition Initiative (CCI).

AIDS Walk New York is an annual fundraising walkathon that benefits Gay Men's Health Crisis and over 50 other local AIDS service organizations. Founded in 1986, it is now the largest walkathon in the world, and the largest AIDS fundraiser in the world by participation. In 2008 the event had 45,000 participants raising $7.4 million.

The Miles for Millions walkathon was introduced to Canada in 1967. It was modelled after the Oxfam, United Kingdom, walkathon which was created to alleviate third world hunger and poverty. The Miles for Millions was intentionally designed to cover an extraordinary distance of 40 miles (64 km) - now known as an ultramarathon. During the 1960s and 1970s hundreds of thousands of Canadians participated in the annual walkathon to raise money to alleviate the poverty and hunger crises in South Asian and Africa. The walk metaphorically resembled a pilgrimage; a personal and collective challenge demanding both political and social conviction to end poverty around the world. The walkathon included participants of all ages, including school children. Walkers were required to devote an entire day to the cause as well as soliciting pledges before participating in the walk. Pledges were based on the distance the participants walked. Many schools endorsed the Miles for Millions fundraiser as a way to teach social consequences to children and youth. 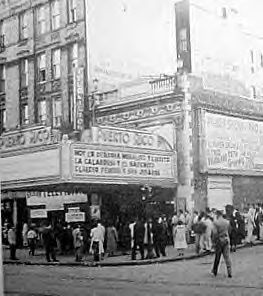 The Teatro Puerto Rico was a music hall focused on the Latino community in the South Bronx section of New York City. During the 1940s to 1950s it presented la farándula, a vaudeville-style package of Spanish-language events, and attracted entertainers from all over Latin America. In the late 1960s, the neighborhood where the theater was located was in decline and the theater closed its doors until 1994. That year a real estate developer invested funds in renovations. After two years in operation, a political scandal involving misappropriated public funds forced the permanent closure of the theater. The building which the theater once occupied is now used as a place of religious worship.

The Philippine Arena is the world's largest indoor arena. It is a multipurpose indoor arena with a maximum seating capacity of 55,000 at Ciudad de Victoria, a 140-hectare tourism enterprise zone in Bocaue and Santa Maria, Bulacan, Philippines about 30 kilometers north of Manila. It is one of the centerpieces of the many centennial projects of the Iglesia ni Cristo (INC) for their centennial celebration on July 27, 2014. The legal owner of the arena is the INC's educational institution, New Era University.

Claire Lomas is a British campaigner, fundraiser and former event rider. She became a paraplegic as a result of a riding accident in 2007. In 2012, she finished the 32nd Virgin London Marathon in 17 days using the ReWalk robotic suit.

The Pan-Mass Challenge (PMC) is a fundraising bike-a-thon started in 1980 by Billy Starr to benefit the Dana-Farber Cancer Institute via the Jimmy Fund. It raises more money than any other single athletic fundraiser in the country.