Jazz Sahib is an album by American jazz saxophonist Sahib Shihab recorded in 1957 for the Savoy label. [1]

All compositions by Sahib Shihab, except where indicated. 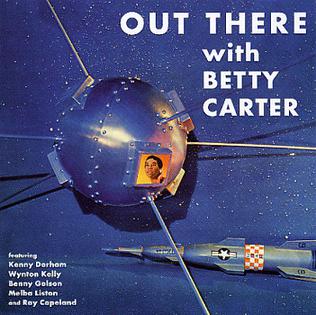 Out There is a bebop album by jazz vocalist Betty Carter with an ensemble under the direction of alto saxophonist Gigi Gryce. The arrangements were provided by Gryce, Ray Copeland, Melba Liston, Benny Golson and Tommy Bryce. The album was produced by Esmond Edwards and released 1958 on Peacock Records. Ron Wynn of Allmusic called the album "a dynamic set."

Mal/2 is an album by American jazz pianist Mal Waldron released on the Prestige label in November 1957. The CD reissue added two additional recordings from the same sessions originally released on The Dealers (1957) as bonus tracks.

A Night in Tunisia is a 1957 jazz album by Art Blakey & the Jazz Messengers, released by the RCA Victor subsidiary label Vik. It features the only recorded instances of saxophonists Jackie McLean and Johnny Griffin playing together. 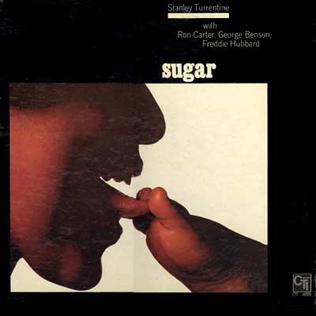 Sugar is an album by jazz saxophonist Stanley Turrentine, his first recorded for the CTI Records label following his long association with Blue Note, featuring performances by Turrentine with Freddie Hubbard, George Benson, Ron Carter, and Billy Kaye with Lonnie Liston Smith added on the title track and Butch Cornell and Richard "Pablo" Landrum on the other two tracks on the original release. The CD rerelease added a live version of the title track recorded at the Hollywood Palladium in 1971. 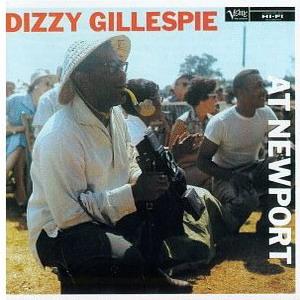 Dizzy Gillespie at Newport is a 1957 live album by Dizzy Gillespie, featuring his big band, recorded at the 1957 Newport Jazz Festival. 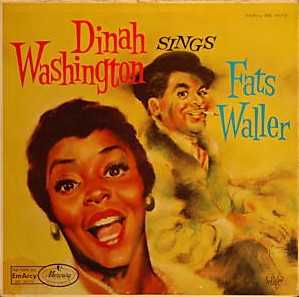 Dinah Washington Sings Fats Waller is a 1957 album by blues, R&B and jazz singer Dinah Washington released on the Emarcy label, and reissued by Verve Records in 1990 as The Fats Waller Songbook. In the album Washington covers 12 songs that have been penned or performed by jazz pianist, organist, singer and songwriter Fats Waller. Allmusic details the album in its review as saying: "Dinah Washington Sings Fats Waller appropriately brings together Waller's vivacious songs and Washington's demonstrative vocal talents. The jazz diva effortlessly handles Waller classics while turning in particularly emotive renditions. Adding nice variety to the already strong set, Washington's husband at the time, saxophonist Eddie Chamblee, joins the singer for playful duets on "Honeysuckle Rose" and "Everybody Loves My Baby".

Plenty, Plenty Soul is an album by American jazz vibraphonist Milt Jackson featuring performances recorded in 1957 and released on the Atlantic label. 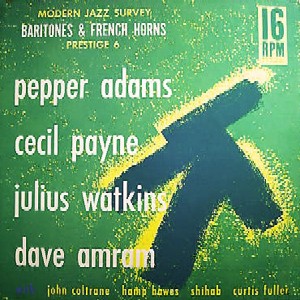 Baritones and French Horns is a 16+2⁄3 rpm album released in August 1958 by Prestige Records. The album is one of a series of releases attributed to the Prestige All Stars. Each side of the album was a distinct date with distinct personnel. From a jazz.com review, Kenny Berger wrote, "Among the many innovative technological failures of the mid- and late- 1950s, the 16-rpm phonograph record stands as the industry's answer to the Edsel. One of Prestige's contributions to this auditory dustbin was an LP on steroids titled Baritones and French Horns under the supervision of vibist, composer, arranger, A&R man Teddy Charles. The baritone side of this album was reissued twice on LP and twice more on CD under John Coltrane's name [as Dakar], though Pepper Adams was the actual leader on these sessions." The "french horns" side of the album was reissued as Prestige ST 8305, Curtis Fuller and Hampton Hawes with French Horns. 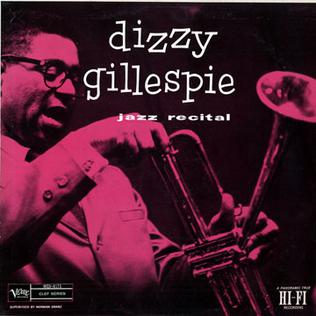 Jazz Recital is an album by trumpeter Dizzy Gillespie, recorded in 1954 and 1955 and released on the Norgran label. It consists of quintet, sextet and jazz orchestra tracks.

Uhuru Afrika is an album by American jazz pianist Randy Weston recorded in 1960 and originally released on the Roulette label. The album features lyrics and liner notes by the poet Langston Hughes and was banned in South Africa in 1964, at the same time as was Lena Horne's Here's Lena Now!, with copies of the albums being seized in Johannesburg and Cape Town.

Jazz Lab is an album by American jazz trumpeter Donald Byrd and saxophonist Gigi Gryce, released in 1957 by Columbia.

Drums Around the World is the second album led by American jazz drummer Philly Joe Jones which was recorded in 1959 for the Riverside label. 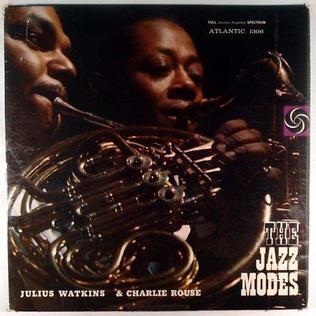 The Jazz Modes is an album by horn player Julius Watkins and saxophonist Charlie Rouse recorded in 1957 and 1958 and released on the Atlantic label.

Sahib's Jazz Party is a live album by American jazz saxophonist/flautist Sahib Shihab recorded at the Jazzhus Montmartre in Copenhagen in 1963 and first released on the Debut label.

The Jazz We Heard Last Summer is a split album featuring saxophonist Sahib Shihab and flautist Herbie Mann's groups recorded in 1957 for the Savoy label.