List of presidents of the National Assembly of Chad

Presidents of the National Assembly of Chad (since 1997)

The Forum for the Restoration of Democracy–Asili (FORD–Asili) is a political party in Kenya. It is commonly known as FORD-Asili. Asili means 'original' in Swahili. FORD-Asili has its origins in the original Forum for the Restoration of Democracy. In August 1992, the original FORD split into two factions. The Odinga- Wamalwa faction remained in the original Nairobi party headquarters at Agip House on Haile Selassie Avenue whilst the Matiba-Shikuku faction moved to Muthithi House on Muthithi Road in Westlands. Thus for a period prior to registration as independent parties, the two factions were known as FORD-Agip and FORD-Muthithi. FORD-Agip was registered as FORD-Kenya whilst FORD-Muthithi was registered as FORD-Asili. Both parties went on to field competitive presidential candidates in the December 1992 general elections. FORD-Asili's candidate Kenneth Matiba polled second to KANU's Daniel Toroitich arap Moi in 1992 and won 31 parliamentary seats, dominating Murang'a District in Central Province and garnering a credible portion of the votes in Eastern and Western Provinces. By 1997, Kenneth Matiba and Martin Shikuku disagreed on a number of matters resulting in Matiba's departure from the party, his destruction of his voter's card and refusal to stand in the 1997 Presidential Elections. Martin Shikuku therefore won the party's presidential nomination and went on to win only 0.6% of the Presidential Vote, with the party winning 1 National Assembly seat. In the 2002 election, Ford-Asili won 2 out of 212 elected seats and did not field a presidential candidate, choosing to support the successful NARC alliance candidate Mwai Kibaki. In 2007, Ford-Asili supported Mwai Kibaki again as presidential candidate, this time under the Party of National Unity banner and won a single parliamentary seat in its own right. In the same election, the party's original presidential candidate Kenneth Matiba re-registered as a voter and stood under the Saba Saba-Asili banner. Matiba came in 7th with only 0.081% of the vote.

The Social Democratic Party of Popular Accord is a political party in Belarus. It was created in 1997, and is led by Siarhiej Jermak. It supports the government of president Alexander Lukashenko.

Federation, Action for the Republic is a political party in Chad. It is considered a radical opposition party and is led by Ngarlejy Yorongar. The FAR supports federalism. 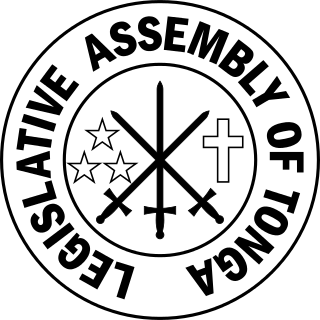 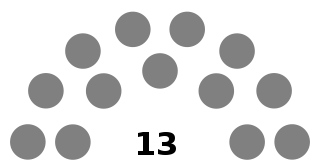 The Senate of Palau is the upper house of the Palau National Congress. The Senate has 13 members serving four-year terms in multi-seat constituencies. No political parties exist. The most recent election was held on 3 November 2020.

The Senate is the upper house of the Oliy Majlis of the Republic of Uzbekistan. 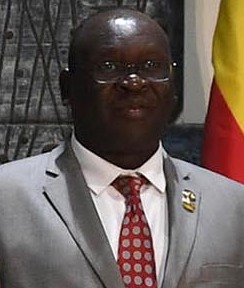 Anthony Lino Makana is a South Sudanese politician. He was the Speaker of Transitional National Legislative Assembly of South Sudan from 2016 until his resignation in 2019. He was a former Minister of Transport and Roads in the Cabinet of South Sudan. He was appointed to that position on 10 July 2011.

Mekki Aloui also known as مكي العلوي is a Tunisian politician who was the last President of the Chamber of Advisors serving on an acting basis from 7 February 2011 until the chamber was suspended and abolished and replaced by a unicameral Constituent Assembly on 22 November 2011. He previously served as the vice-president of the Chamber of Advisors. 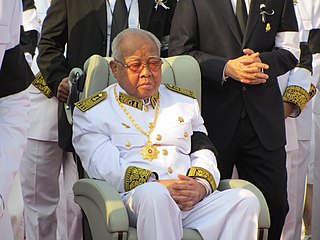 Senate elections were held in Cambodia on 22 January 2006 to elect 57 of the 61 Senators of Cambodia. The result was a victory for the Cambodian People's Party which won 45 seats. The Funcinpec Party won 10 seats, and the Sam Rainsy Party won 2 seats. This is the first Senate election in Cambodia since previous Senators were appointed by Parliament and the King.