Moment is an independent magazine which focuses on the life of the American Jewish community. It is not tied to any particular Jewish movement or ideology. [2] The publication features investigative stories [3] and cultural criticism, highlighting the thoughts and opinions of diverse scholars, writers, artists and policymakers. [4] [5] [6] Moment was founded in 1975, by Nobel Prize laureate Elie Wiesel and Jewish activist Leonard Fein, [7] who served as the magazine's first editor from 1975 to 1987. In its premier issue, Fein wrote that the magazine would include diverse opinions "of no single ideological position, save of course, for a commitment to Jewish life." [8] Hershel Shanks served as the editor from 1987 to 2004. [9] In 2004, Nadine Epstein took over as editor and executive publisher of Moment. [10] [11]

Moment was founded in 1975, by Nobel Prize laureate Elie Wiesel and Jewish activist Leonard Fein, [7] who served as the magazine's first editor from 1975 to 1987. In its premier issue, Fein wrote that the magazine would include diverse opinions "of no single ideological position, save of course, for a commitment to Jewish life." [8] The magazine was named in honor of an independent Yiddish-language newspaper, entitled Der Moment. [12] [13] [14] Founded in Warsaw in 1910, Der Moment remained in operation until the eve of Yom Kippur 1939, when the building housing the newspaper was destroyed by a German bomb. At the time, the publication was one of two Yiddish-language newspapers in the city. [1] [15]

In 2010, Moment launched the Daniel Pearl Investigative Journalism Initiative (DPIJI), which gives grants to young journalists doing stories on modern anti-Semitism and other forms of prejudice. The DPIJI is in memory of Daniel Pearl, the Wall Street Journal reporter, who was murdered by terrorists while on assignment in Pakistan in 2002. The winners of this contest are mentored by prestigious journalists including: Wolf Blitzer, Linda Feldmann, Martin Fletcher, Glenn Frankel, Bill Kovach, David Lauter, Charles Lewis, Clarence Page, Robert Siegel, Paul Steiger and Lynn Sweet. Fellows have included: Jacob Kushner whose story "Birthright Denied" explored the Dominican Republic's efforts to take away citizenship from tens of thousands of Haitians who were born in the country; [20] Eve Fairbanks, whose story "A House Divided" tells the story of the integration and subsequent re-segregation of the dorms at the University of the Free State in Bloemfontein; Emily K. Alhadeff, whose story "An Olympian Struggle," explores the complex story of anti-Israel campaigns in Olympia, Washington; [21] Cameron Conaway, whose story "Shadows in the Golden Land" tells the story of the failure of the newly-democratic Myanmar to end the persecution of the country's Muslim minority; [22] May Jeong, whose story "Strangers in Their Own Land" covered the Buddhist Nationalist attacks on Muslim neighbors in Sri Lanka; [23] Taha Anis, whose article "Persecuted in Pakistan" explored the discrimination and arrests of the Ahmadiyya sect of Islam in Pakistan. [24]

Moment's bi-monthly caption contest for cartoons was founded by former New Yorker editor and humorist Bob Mankoff. The magazine asks its readers to suggest captions for the cartoon online and vote for their favorite submission.

Moment had two stories out of four finalists for the 2018 Mirror Awards in the Best Single Article/Story, for "Sheldon Adelson: Playing to Win" by Nadine Epstein and Wesley G. Pippert, and "Report From Whitefish: After the Cyber Storm" by Ellen Wexler. [30] Moment won two 2018 Simon Rockower Awards from the American Jewish Press Association: Ellen Wexler's "A letter from New Haven" won for Excellence in Social Justice Reporting, [31] and "Growing Up Trump" by Marc Fisher won for Excellence in Feature Writing, Division D. [31] Moment also won a 2018 David Frank Award for Excellence in Personality Profiles, from the American Jewish Press Association, for "No Patience for Patriarchy," by Eetta Prince-Gibson. [32] [33] [34]

Moment has also won several non-Jewish journalism awards, such as nominations for two Livingston Awards, the award for Best “Investigative News Story” from New American Media; and the 2015 Clarion Award from the Association of Women in Communications for Best Feature Article/Current News for Eetta Prince-Gibson's An Uneasy Union . Moment also won the 2015 first place award in magazine news reporting from the Religion Newswriters Association for Prince's An Uneasy Union, along with awards for Nadine Epstein's Evolution of a Moderate on Mohammed Dajani, and for Michael Orbach's story Professor of Disbelief on James Kugel.

In 2017, Moment won in two categories of the American Jewish Press Association Simon Rockower Awards Competition for Excellence in Jewish Journalism. Curious Case of Dorothy L. Sayers & the Jew Who Wasn’t There by Amy Schwartz won the 2nd Place Award for Excellence in Arts and Criticism News and Features, and Is Sitting This One Out, Who Will be Israel’s Champion? and The True Value of Cheap Books by Shmuel Rosner won the 2nd Place Louis Rapoport Award for Excellence in Commentary. [35] Nadine Epstein was also a finalist for the 2016 Food Writing Award from the International Association of Culinary Professionals for her story The Great Hanukkah Clanging.

In 2013, Moment won Second Place for the Religion Newswriters Association Magazine of the Year award. [36] In 2012, Moment won their Overall Excellence in Religion Coverage Award for magazines. [37]

Moment’s print symposia explore pressing and timely questions from a wide range of perspectives. Each Moment symposium includes interviews with a variety of creative thinkers and doers in order to present a spectrum of nuanced opinion on a broad range of questions important to public discourse. Notable symposia include:

In April 2019, Moment launched MomentBooks as a joint imprint with Mandel Vilar Press. [38] Its first title, Elie Wiesel: An Extraordinary Life and Legacy, was published on April 2, 2019, and featured a foreword by Rabbi Jonathan Sacks and an afterword by Ted Koppel. [39] In 2019 it will release: Have I Got a Cartoon for You!: The Moment Magazine Book of Jewish Cartoons by Bob Mankoff, which will release on September 15, 2019, [40] and City of Light by Theodore Bikel with Aimee Ginsburg Bikel, which will release on November 4, 2019. [41]

Elie Wiesel was a Romanian-born American writer, professor, political activist, Nobel laureate, and Holocaust survivor. He authored 57 books, written mostly in French and English, including Night, a work based on his experiences as a Jewish prisoner in the Auschwitz and Buchenwald concentration camps. 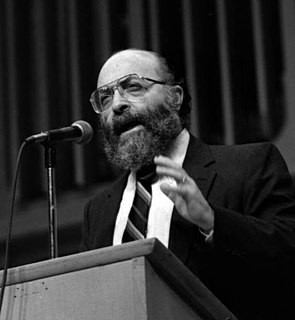 Chaim Potok was an American author and rabbi. His first book The Chosen (1967), was listed on The New York Times’ best seller list for 39 weeks and sold more than 3,400,000 copies.

Robert Charles Siegel is a former American radio journalist. He was one of the co-hosts of the National Public Radio evening news broadcast All Things Considered from 1987 until his retirement in January 2018. 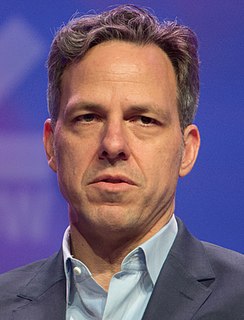 Jacob Paul Tapper is an American journalist, author, and cartoonist. He is the Chief Washington Correspondent for CNN, and hosts the weekday television news show The Lead with Jake Tapper and the Sunday morning affairs program State of the Union. 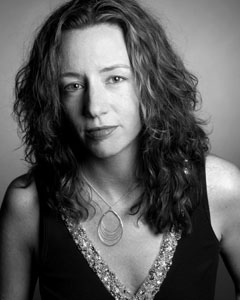 Cathleen Falsani is an American journalist and author. She specializes in the intersection of religion/spirituality/faith and culture, and has been a staff writer for the Chicago Sun Times, The Chicago Tribune, Sojourners magazine, Religion News Service, and the Orange County Register in Southern California. Falsani is the author of several non-fiction books on religious, spiritual, and cultural issues.

Washington Jewish Week (WJW) is an independent community weekly newspaper whose logo reads, "Serving the nation's capital and the greater Washington Jewish community since 1930." Its main office is located in Rockville, Maryland, a Maryland suburb of the District of Columbia.

The Baltimore Jewish Times is a subscription-based weekly community publication aimed at the Jewish community of Baltimore.

Richard Zimler is a best-selling author. His books, which have earned him a 1994 National Endowment of the Arts Fellowship in Fiction and the 1998 Herodotus Award, have been published in many countries and translated into more than 20 languages.

Menachem Z. Rosensaft an attorney in New York and the Founding Chairman of the International Network of Children of Jewish Survivors, is a leader of the Second Generation movement of children of survivors, and has been described on the front page of the New York Times as one of the most prominent of the survivors' sons and daughters. He also served as National President of the Labor Zionist Alliance, and was active in the early stages of the Israeli-Palestinian peace process. As psychologist Eva Fogelman has written: "Menachem Rosensaft's moral voice has gone beyond the responsibility he felt as a child of survivors to remember and educate. He felt the need to promote peace and a tolerant State of Israel as well. He wanted to bring to justice Nazi war criminals, to fight racism and bigotry, and to work toward the continuity of the Jewish people".

Rabbi Boruch of Medzhybizh (1753–1811), was a grandson of the Baal Shem Tov. Reb Boruch was the first major "rebbe" of the Hasidic movement to hold court in Mezhbizh in his grandfather's hometown and Beis Medrash, which he inherited.

Max Blumenthal is an American journalist, author, blogger, and filmmaker. He was awarded the 2014 Lannan Foundation Cultural Freedom Notable Book Award for Goliath: Life and Loathing in Greater Israel, which was published in 2013. He was formerly a writer for AlterNet, The Daily Beast, Al Akhbar, and Media Matters for America, Blumenthal established The Grayzone in December 2015 and continues to edit and write for the website. 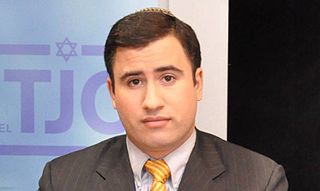 Steven Ira Weiss is an award-winning journalist who has worked in television, blogging and print. He has written for The Washington Post, The Daily Beast, Slate, New York Magazine, Harper's and many other publications. 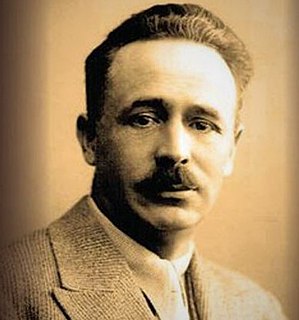 Jòzsef Nyírő was a Hungarian writer of popular short stories and novels; a politician associated with fascism who was accused of war crimes; and briefly a Catholic priest in Miluani.

Yoav Potash is a writer and filmmaker whose works include the documentaries Crime After Crime and Food Stamped.

Eli Rubenstein is a Holocaust educator, writer, and filmmaker. He is currently the eligious leader of Congregation Habonim Toronto a Toronto synagogue founded by Holocaust survivors. He is also the National Director of March of the Living Canada, Director of Education for March of the Living International, Director of March of Remembrance and Hope Canada, and Chairman of the Canadian Friends of the Israel Guide Dog Center for the Blind.

Nadine Epstein an American journalist and author, is editor in chief and CEO of Moment magazine. She also is founder and executive director of the Center for Creative Change. Epstein frequently writes and speaks on a variety of topics including American Jewry, anti-Semitism and Israel. She founded Moment's Daniel Pearl Investigative Journalism Initiative, which honors the memory of Daniel Pearl, an American Jewish journalist slain by terrorists in Pakistan, and was created for young journalists to write on anti-Semitism and other prejudices globally.

Yair Rosenberg is an American journalist and a senior writer at Tablet magazine. He is a regular speaker and commentator on anti-Semitism in the modern era and on strategies to combat abuse on online platforms. 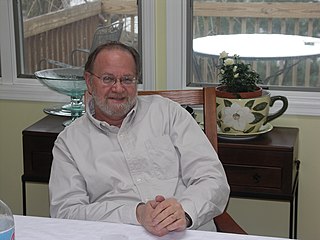 Sheldon David Engelmayer is a full-time pulpit rabbi at the Temple Israel Community Center, an egalitarian Conservative synagogue in Cliffside Park, New Jersey. He is the author of eight nonfiction books on topics ranging from corporate irresponsibility in the A.H. Robins Company's Dalkon Shield intrauterine device case, to biographies of public figures, including Hubert Humphrey and Martha Mitchell.