The Smithsonian Institution, also known simply as the Smithsonian, is a group of museums and research centers administered by the Government of the United States. It was founded on August 10, 1846, "for the increase and diffusion of knowledge". The institution is named after its founding donor, British scientist James Smithson. It was originally organized as the "United States National Museum", but that name ceased to exist as an administrative entity in 1967.

The Smithsonian's Board of Regents [4] established the Conservation Research Laboratory of the United States National Museum in 1963 in response to a growing need to support conservation of the entire Institution's collections.

In 1965 the name of the laboratory was changed to the Conservation Analytical Laboratory (CAL). In 1983, the laboratory moved to the Museum Support Center [5] in Suitland, Maryland. Congress mandated a national conservation training program among other wider responsibilities including an expanded conservation science research program.

The Board of Regents approved a name change to the Smithsonian Center for Materials Research and Education (SCMRE) in 1998. SCMRE's mission was to serve all museum communities - national and international, and provide professional training and education programs.

In 2006 the Board of Regents approved the name change to the Museum Conservation Institute (MCI).

MCI's laboratories are equipped with advanced analytical instrumentation, [7] including:

The Smithsonian's Museum Conservation Institute and the Institut Photonique d’Analyse Non-destructive Européen des Matériaux Anciens platform at Soleil have formed a partnership to use the power of the third-generation synchrotron to study and preserve the priceless Smithsonian collections. [13] 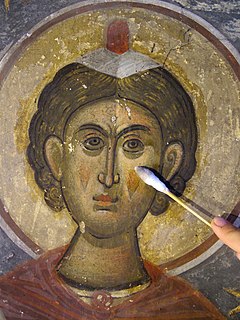 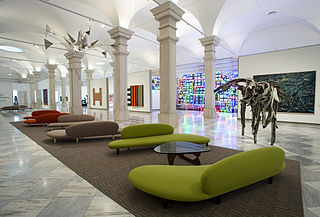 The Association of Biomolecular Resource Facilities (ABRF) is dedicated to advancing core and research biotechnology laboratories through research, communication, and education. ABRF members include over 900 scientists representing 340 different core laboratories in 41 countries, including those in industry, government, academic and research institutions.

The Bayer School of Natural and Environmental Sciences (BSNES) is a fully accredited degree-granting institution and the primary college of undergraduate and graduate scientific research at Duquesne University in Pittsburgh, Pennsylvania. It was formed in 1994 with the separation of the Biological Sciences, Chemistry, and Biochemistry departments from the former College of Liberal Arts and Sciences, and subsequently named in honor of the Bayer Corporation. The school currently houses the departments of Biological Sciences, Biotechnology, Biochemistry, Chemistry, Environmental Science & Management, Forensic Science & Law, and Physics. The school also collaborates closely with the Duquesne University School of Pharmacy. In 2010, the department of Chemistry and Biochemistry was designated as a Mass Spectrometry Center of Excellence by Agilent Technologies, allowing for collaborative research into metabolics, proteomics, disease biomarkers, and environmental analysis. In 2011, Duquesne University became one of 98 universities nationwide, and one of nine Catholic universities, to be designated as a high research activity institution by the Carnegie Foundation.

Pittcon Editors’ Awards honoured the best new products on show at the Pittsburgh Conference on Analytical Chemistry and Applied Spectroscopy, or Pittcon, for 20 years from 1996 having been established by Dr Gordon Wilkinson, managing editor of Analytical Instrument Industry Report. On 8 March 2015, the event returned to the Morial Convention Center in New Orleans and this was the last occasion when the awards were presented.

The Smithsonian Institution's Museum Support Center (MSC) is a collections storage and conservation facility in Suitland, Maryland which houses Smithsonian collections which are not on display in the museums. It is not usually open to the public, due to security concerns, though occasionally special tours are organized. 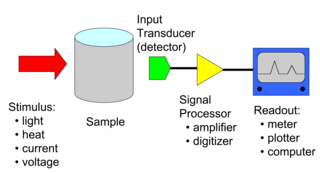 The Rathgen Research Laboratory is a Research Institute of the Berlin State Museums under the auspices of the Prussian Cultural Heritage Foundation. It carries out cross-material conservation science, art technology and archaeometry studies of fine arts and cultural artifacts to determine composition, age and authenticity and provide advice on their restoration. It further conducts academic research on scientific issues concerning the care and preservation of monuments and archaeological sites. Founded in 1888 as the Chemical Laboratory of the Royal Museums in Berlin, it is the oldest museum laboratory in world and bears the name of its first Director, Dr. Friedrich Rathgen.

Richard Dale Smith is an award-winning chemist and a Battelle Fellow and Chief Scientist within the Biological Sciences Division, as well as the Director of Proteomics Research at the Pacific Northwest National Laboratory (PNNL). Dr. Smith is also Director of the NIH Proteomics Research Resource for Integrative Biology, Principal Investigator for the U. S. Department of Energy Office of Biological and Environmental Research Genome Sciences Program's 'Pan-omics' program at PNNL, an adjunct faculty member in the chemistry departments at Washington State University and the University of Utah, and an affiliate faculty member at the University of Idaho and the Department of Molecular Microbiology & Immunology, Oregon Health & Science University. He is the author or co-author of approximately 1000 peer-reviewed publications and has been awarded 51 US patents.

French national institute of cultural heritage, called Institut national du patrimoine (Inp), is the only academy in France in charge of the training of both curators and conservators. It belongs to French Ministry of Culture and is organized in 2 departments.