The National Numismatic Collection comprises approximately 1.6 million objects and is one of the world's largest and most diverse collections of coins, paper currency, medals, commodity currencies, financial instruments, exonumia and related items. [1] As the collection of record for the U.S. monetary system, it holds the collections of the U.S. Mint, Treasury, and Bureau of Engraving and Printing. In addition, it includes collections donated by individual collectors and private institutions, such as the collection of the Chase Manhattan Bank Money Museum. [2]

Until 2004, the exhibit housing the Collection was the last surviving exhibit from the Smithsonian Institution's National Museum of American History's original 1964 arrangement. In late 2004, the exhibit was closed, and the objects were returned to the Smithsonian's vaults. In 2015, the museum opened a new permanent Gallery of Numismatics with an exhibition titled The Value of Money.

Noteworthy items in the collection

Exonumia are numismatic items other than coins and paper money. This includes "Good For" tokens, badges, counterstamped coins, elongated coins, encased coins, souvenir medallions, tags, wooden nickels and other similar items. It is related to numismatics, and many coin collectors are also exonumists.

The Series of 1928 was the first issue of small-size currency printed and released by the U.S. government. These notes, first released to the public on July 10, 1929, were the first standardized notes in terms of design and characteristics, featuring similar portraits and other facets. These notes were also the first to measure 6.14" by 2.61", quite a bit smaller than the large-sized predecessors of Series 1923 and earlier that measured 7.421 8" by 3.125"

The American Numismatic Society (ANS) is a New York City-based organization dedicated to the study of coins and medals. Founded in 1858, it is the only American museum devoted exclusively to their preservation and study. Its collection encompasses nearly one million items, including medals and paper money, as well as the world's most comprehensive library of numismatic literature. The current President of the Society, Dr. Ute Wartenberg, served as the Executive Director for two decades and was succeeded in this role by Dr. Gilles Bransbourg.

The Brasher Doubloon is a rare American coin, privately minted in and after 1787.

Joseph Farran Zerbe, usually called Farran Zerbe, was an American coin collector and dealer who was the president of the American Numismatic Association (ANA) in 1908 and 1909. He served as chief numismatist, responsible for selling government coins, at the World's Fairs in St. Louis (1904), at Portland (1905) and at San Francisco (1915). 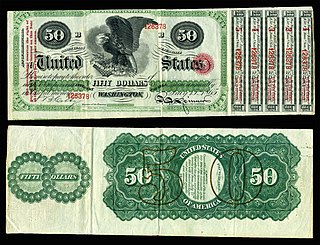 Interest bearing notes refers to a grouping of Civil War era paper money-related emissions of the US Treasury. The grouping includes the one- and two-year notes authorized by the Act of March 3, 1863, which bore interest at five percent per annum, were a legal tender at face value, and were issued in denominations of $10, $20, $50, $100, $500 and $1000. The grouping also frequently includes the early civil war treasury notes which matured in either sixty days or two years and bore interest at six percent and the seven-thirties which matured in three years and bore interest at 7.3 percent—though both of these latter issues lacked legal tender status. Reference texts used by currency collectors will also sometimes include compound interest treasury notes and Refunding Certificates in this grouping as well. 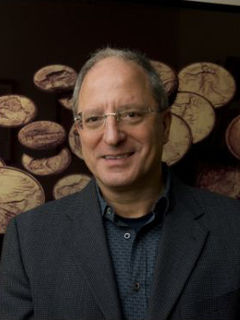 Steven L. Contursi is an American businessman and numismatist. He is the founder and president of Rare Coin Wholesalers. In the past 38 years, Steve Contursi has bought and sold over $1 billion worth of rare United States coins.

Elvira Eliza Clain-Stefanelli was a numismatist, director of the National Numismatic Collection of the Smithsonian Institution, and advisor to the US Mint.