Once Upon a Brothers Grimm

Once Upon a Brothers Grimm is a 1977 American made-for-television musical fantasy film starring Dean Jones and Paul Sand, directed by Norman Campbell. It follows the Brothers Grimm as they make their way to a king's palace with their magical world of fairy tales. The music was written by Mitch Leigh with lyrics by Sammy Cahn. The two-hour film premiered on CBS on November 23, 1977.

Jacob and Wilhelm Grimm are traveling to a king's palace to present him with their fairy tales. Their carriage driver refuses to take them into the woods because they are said to be enchanted. Not wanting to miss their audience with the king, the brothers buy the carriage from the driver and travel into the woods alone. Placed under the enchantment of the woods, the brothers begin to encounter a wide range of characters that exist in their tales, including Snow White and Sleeping Beauty among many others.

List of Grimm Fairy Tales referenced in the film

The King with Eight Daughters

Once Upon a Brothers Grimm was nominated for five Primetime Emmy Awards in 1978 and won two of them. 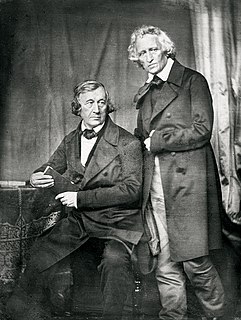 The Brothers Grimm, Jacob Ludwig Karl Grimm (1785–1863) and Wilhelm Carl Grimm (1786–1859), were German academics, philologists, cultural researchers, lexicographers and authors who together collected and published folklore during the 19th century. They were among the first and best-known collectors of German and European folk tales, and popularized traditional oral tale types such as "Cinderella", "The Frog Prince", "The Goose-Girl", "Hansel and Gretel", "Rapunzel", "Beauty and the Beast", "Little Red Riding Hood", "The Wolf and the Seven Young Goats", "Rumpelstiltskin", "Sleeping Beauty", and "Snow White". Their classic collection, Children's and Household Tales, was published in two volumes—the first in 1812 and the second in 1815. 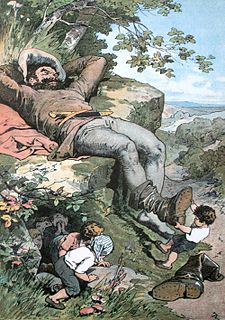 A fairy tale, fairytale, wonder tale, magic tale, or Märchen is an instance of a folklore genre that takes the form of a short story. Such stories typically feature entities such as dwarfs, dragons, elves, fairies, giants, gnomes, goblins, griffins, mermaids, talking animals, trolls, unicorns, or witches, and usually magic or enchantments. In most cultures, there is no clear line separating myth from folk or fairy tale; all these together form the literature of preliterate societies. Fairy tales may be distinguished from other folk narratives such as legends and explicit moral tales, including beast fables.

A stepmother is a woman who enters one's family by marrying one's parent. Children from her spouse's previous unions are known as her step-children.

Prince Charming is a fairy tale stock character who comes to the rescue of a damsel in distress and must engage in a quest to liberate her from an evil spell. This classification suits most heroes of a number of traditional folk tales, including "Snow White", "Sleeping Beauty", and "Cinderella", even if in the original story they were given another name, or no name at all. 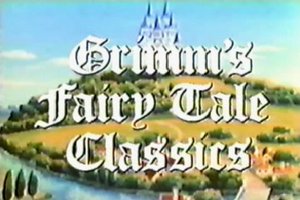 Grimm's Fairy Tale Classics, also known as Grimm Masterpiece Theater in the original version, is a Japanese anime anthology series by Nippon Animation. The episodes are adaptations of a variety of folk and fairy tales, and, despite the name, not limited to Grimm's Fairy Tales.

The Pentamerone is a seventeenth-century fairy tale collection by Italian poet and courtier Giambattista Basile.

"Brother and Sister" is a European fairy tale which was, among others, written down by the Brothers Grimm. It is a tale of Aarne–Thompson Type 450. In Russia the story was more commonly known as Sister Alionushka, Brother Ivanushka, and collected by Alexander Afanasyev in his Narodnye russkie skazki. 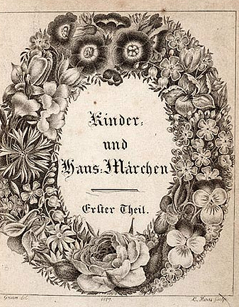 Grimms' Fairy Tales, originally known as the Children's and Household Tales, is a collection of fairy tales by the Grimm brothers or "Brothers Grimm", Jacob and Wilhelm, first published on 20 December 1812. The first edition contained 86 stories, and by the seventh edition in 1857, had 210 unique fairy tales. 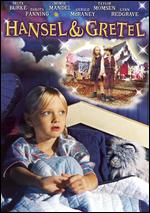 Hansel and Gretel is a 2002 fantasy comedy film adaptation of the Brothers Grimm children's story. It stars Jacob Smith and Taylor Momsen as the eponymous characters. It also includes Howie Mandel as the Sandman and Sinbad as a raven. 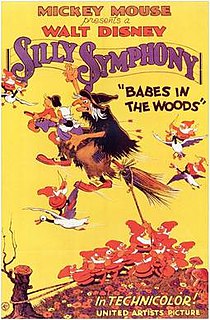 Babes in the Woods is a 1932 Silly Symphonies animated film.

Cannon Movie Tales is the collective name for a series of live-action films created in the late 1980s by Cannon Group producers Menahem Golan and Yoram Globus, associate producer Patricia Ruben, and executive producer Itzik Kol. Filmed principally on location in Israel, these stories are generally fairy tales based on material by either the Brothers Grimm or Charles Perrault, among others. Major stars, from both the United States and the United Kingdom, play the leading roles, in which they are joined by a mostly all-Israeli cast. The major Israeli-born member of the crew was the series' production designer, Marek Dobrowolski. Announced as early as May 1986, Cannon initiated the project as its answer to Disney's fairy-tale offerings, and invested US$50 million in the series. Sixteen stories, each costing US$1.5 million, were originally planned; only nine were released.

Simsala Grimm (1999–2010) is a German television series, consisting of stories based on fairy tales by the Brothers Grimm, Hans Christian Andersen, and other notable authors.

Grimmtastic Girls is a series of eight children's books written by Joan Holub and Suzanne Williams and published between 2014 and 2016 with Scholastic Inc. The themes and characters of the stories stem from Grimm's Fairytales. Each story is told from the perspective of a different fairytale character including Cinderella, Little Red Riding Hood, Rapunzel, Snow White, Sleeping Beauty, and Goldilocks. The series is set at the boarding school Grimm Academy in the country of Grimmlandia where these brave girls deal with life in middle school, are chosen by magic charms, and work to foil dastardly plots of the E.V.I.L. Society.

Tell Me a Story is an American psychological thriller television anthology series created by Kevin Williamson for CBS All Access. Based on the Spanish television series Cuéntame un Cuento, it depicts iconic fairy tales reimagined as modern-day thrillers. Each season features a mostly different cast ensemble, with Danielle Campbell and Paul Wesley appearing in both seasons of the series.