Last updated February 11, 2020
Person who takes a medical treatment or is subject of a case study
For the state of being, see Patience. For other uses, see Patient (disambiguation).

A patient is any recipient of health care services performed by healthcare professionals. The patient is most often ill or injured and in need of treatment by a physician, nurse, psychologist, dentist, veterinarian, or other health care provider.

The word patient originally meant 'one who suffers'. This English noun comes from the Latin word patiens, the present participle of the deponent verb, patior, meaning 'I am suffering,' and akin to the Greek verb πάσχειν (= paskhein, to suffer) and its cognate noun πάθος (= pathos).

An outpatient (or out-patient) is a patient who is hospitalized for less than 24 hours. Even if the patient will not be formally admitted with a note as an outpatient, they are still registered, and the provider will usually give a note explaining the reason for the service, procedure, scan, or surgery, which should include the names and titles and IDs of the participating personnel, the patient's name and date of birth and ID and signature of informed consent, estimated pre- and post-service time for a history and exam (before and after), any anesthesia or medications needed, and estimated time of discharge absent any (further) complications. Treatment provided in this fashion is called ambulatory care. Sometimes surgery is performed without the need for a formal hospital admission or an overnight stay. This is called outpatient surgery. Outpatient surgery has many benefits, including reducing the amount of medication prescribed and using the physician's or surgeon's time more efficiently. More procedures being performed in a surgeon's office, termed office-based surgery, rather than in a hospital-based operating room. Outpatient surgery is suited best for healthy patients undergoing minor or intermediate procedures (limited urologic, ophthalmologic, or ear, nose, and throat procedures and procedures involving the extremities).

An inpatient (or in-patient), on the other hand, is "admitted" to the hospital and stays overnight or for an indeterminate time, usually several days or weeks, though in some extreme cases, such as with coma or persistent vegetative state, patients can stay in hospitals for years, sometimes until death. Treatment provided in this fashion is called inpatient care. The admission to the hospital involves the production of an admission note. The leaving of the hospital is officially termed discharge, and involves a corresponding discharge note.

Misdiagnosis is the leading cause of medical error in outpatient facilities. When the U.S. Institute of Medicine’s groundbreaking 1999 report, To Err Is Human , found up to 98,000 hospital patients die from preventable medical errors in the U.S. each year, [1] early efforts focused on inpatient safety. [2] While patient safety efforts have focused on inpatient hospital settings for more than a decade, medical errors are even more likely to happen in a doctor’s office or outpatient clinic or center.

A day patient or (day-patient) is a patient who is using the full range of services of a hospital or clinic, but is not expected to stay the night. The term was originally used by psychiatric hospital services using of this patient type to care for people needing support to make the transition from in-patient to out-patient care. However, the term is now also heavily used for people attending hospitals for day surgery.

Because of concerns such as dignity, human rights and political correctness, the term "patient" is not always used to refer to a person receiving health care. Other terms that are sometimes used include health consumer, health care consumer, customer or client. However, such terminology may be offensive to those receiving public health care as it implies a business relationship.

In veterinary medicine, the client is the owner or guardian of the patient. These may be used by governmental agencies, insurance companies, patient groups, or health care facilities. Individuals who use or have used psychiatric services may alternatively refer to themselves as consumers, users, or survivors.

In nursing homes and assisted living facilities, the term resident is generally used in lieu of patient, [3] but it is common for staff members at such a facility to use the term patient in reference to residents. Similarly, those receiving home health care are called clients.

The doctor-patient relationship has sometimes been characterized as silencing the voice of patients. [4] It is now widely agreed that putting patients at the centre of healthcare [5] by trying to provide a consistent, informative and respectful service to patients will improve both outcomes and patient satisfaction. [6]

When patients are not at the centre of healthcare, when institutional procedures and targets eclipse local concerns, then patient neglect is possible. [7] Incidents in the UK, such as the Stafford Hospital scandal and the Winterbourne View hospital abuse scandal, have shown the dangers of ignoring patient concerns. Investigations into these and other similar scandals have recommended that the health service put patient experience at the heart of what it does, and especially that patients themselves are heard loud and clear within the health services. [8]

There are many reasons for why health services should listen more to patients. Patients spend more time in healthcare services than regulators or quality controllers, and can recognize problems such as service delays, poor hygiene, and poor conduct. [9] Patients are particularly good at identifying soft problems, such as attitudes, communication, and 'caring neglect', [7] that are difficult to capture with institutional monitoring. [10]

One important way in which patients can be placed at the centre of healthcare is for health services to be more open about patient complaints.[ citation needed ] Each year many hundreds of thousands of patients complain about the care they have received, and these complaints contain valuable information for any health services which want to learn about and improve patient experience [11] 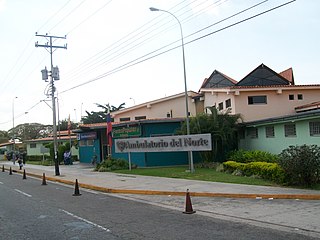 Ambulatory care or outpatient care is medical care provided on an outpatient basis, including diagnosis, observation, consultation, treatment, intervention, and rehabilitation services. This care can include advanced medical technology and procedures even when provided outside of hospitals.

A medical error is a preventable adverse effect of care ("iatrogenesis"), whether or not it is evident or harmful to the patient. This might include an inaccurate or incomplete diagnosis or treatment of a disease, injury, syndrome, behavior, infection, or other ailment. Globally, it is estimated that 142,000 people died in 2013 from adverse effects of medical treatment; this is an increase from 94,000 in 1990. However, a 2016 study of the number of deaths that were a result of medical error in the U.S. placed the yearly death rate in the U.S. alone at 251,454 deaths, which suggests that the 2013 global estimation may not be accurate. 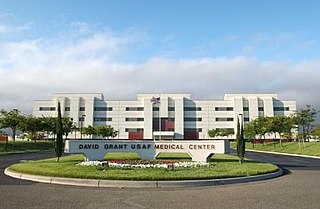 The Eisenhower Medical Center (EMC) is a not-for-profit hospital based in Rancho Mirage, California serving the Coachella Valley region of Southeastern California. It was named one of the top one hundred hospitals in the United States in 2005.

A public hospital, or government hospital, is a hospital which is owned by a government and receives government funding. In some countries, this type of hospital provides medical care free of charge to patients, covering expenses and wages by government reimbursement.

A patient safety organization (PSO) is a group, institution or association that improves medical care by reducing medical errors. In the 1990s, reports in several countries revealed a staggering number of patient injuries and deaths each year due to avoidable adverse health care events. In the United States, the Institute of Medicine report (1999) called for a broad national effort to include the establishment of patient safety centers, expanded reporting of adverse events and development of safety programs in health care organizations. The organizations that developed ranged from governmental to private, and some founded by industry, professional or consumer groups. Common functions of patient safety organizations are data collection and analysis, reporting, education, funding and advocacy.

Arrowhead Regional Medical Center (ARMC) is a teaching hospital located in Colton, California within Southern California's Inland Empire. ARMC is owned and operated by the County of San Bernardino, The emergency department (ED) at ARMC is the second busiest ED in the state of California. The hospital operates ten different residency training programs. ARMC uses the electronic health record MEDITECH.

Hospital accreditation has been defined as “A self-assessment and external peer assessment process used by health care organizations to accurately assess their level of performance in relation to established standards and to implement ways to continuously improve”. Critically, accreditation is not just about standard-setting: there are analytical, counseling and self-improvement dimensions to the process. There are parallel issues in evidence-based medicine, quality assurance and medical ethics, and the reduction of medical error is a key role of the accreditation process. Hospital accreditation is therefore one component in the maintenance of patient safety. However, there is limited and contested evidence supporting the effectiveness of accreditation programs.

Acronyms are very commonly used in healthcare settings. They are formed from the lead letters of words relating to medications, organisations, procedures and diagnoses. They come from both English and Latin roots. Acronyms have been described as jargon. and their use has been shown to impact the safety of patients in hospitals, owing to ambiguity and legibility.

Inpatient care is the care of patients whose condition requires admission to a hospital. Progress in modern medicine and the advent of comprehensive out-patient clinics ensure that patients are only admitted to a hospital when they are extremely ill or have severe physical trauma. 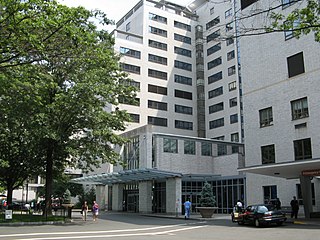 A health facility is, in general, any location where healthcare is provided. Health facilities range from small clinics and doctor's offices to urgent care centers and large hospitals with elaborate emergency rooms and trauma centers. The number and quality of health facilities in a country or region is one common measure of that area's prosperity and quality of life. In many countries, health facilities are regulated to some extent by law; licensing by a regulatory agency is often required before a facility may open for business. Health facilities may be owned and operated by for-profit businesses, non-profit organizations, governments, and in some cases by individuals, with proportions varying by country. See also the recent review paper, which provides a comprehensive classification of health facilities from the location analysis perspective. 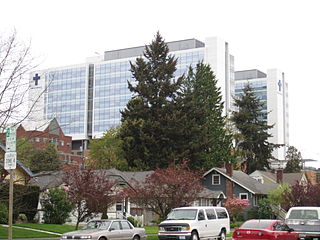 Jeffrey Braithwaite is an Australian professor, health services and systems researcher, writer and commentator. He is Founding Director of the Australian Institute of Health Innovation at Macquarie University. His work appears in journals such as the British Medical Journal, The Lancet, Social Science & Medicine, BMJ Quality & Safety, and the International Journal of Quality in Health Care.

Patient satisfaction is a measure of the extent to which a patient is content with the health care which they received from their health care provider.