A teaching hospital is a hospital or medical centre that provides medical education and training to future and current health professionals. Many of these hospitals conduct medical research, as well as provide care to the poor and uninsured. Teaching hospitals are usually affiliated with one or more medical colleges/universities and are often co-located with medical colleges. [1]

Teaching hospitals use a residency program to educate qualified physicians, podiatrists, dentists, pharmacists, and veterinarians. Basically, those who hold the degree of MD, DPM, DDS, DMD, DVM, PharmD, DO, BDS, BDent, MBBS, MBChB, or BMed. [2] [3] [4] [5] [6] Those that attend a teaching hospital or clinic would practice medicine under the direct or indirect supervision of a senior medical clinician registered in that specialty, such as an attending physician or consultant. The point of these residencies is to create an environment where students can learn and grow in a safe setting which is supervised so as to prevent any potential mistakes, but also allows them to use their skills in real life situations.

The first teaching hospital where students were authorized to methodically practice on patients under the supervision of physicians, was reportedly the Academy of Gundishapur in the Persian Empire during the Sassanid era. [7] Some of the earliest teaching hospitals were the Islamic Bimaristans, which included the Al-Adudi Hospital founded in Baghdad in 981 and the Al-Fustat Hospital in Cairo founded in 872. [8]

The following definitions are commonly used in connection with teaching hospitals: [9]

Below are some of the more notable teaching hospitals in Asia.

Below are some of the more notable teaching hospitals in Europe.

The teaching hospitals in England include the following: [21]

In France, the teaching hospitals are called CHU (Centre hospitalier universitaire). They are regional hospitals with an agreement within a university, or possibly several universities. A part of the medical staff are both medical practitioners and teachers under the two institutions agreement, and receive dual compensation.

There are at least one per French administrative region. In the city of Paris and its suburbs, it is the local public hospital system called Assistance publique - Hôpitaux de Paris (AP-HP) which has an agreement with the universities of Paris 5, Paris 6, Paris 7, Paris 11, Paris 12 and Paris 13. However, it is divided into small groups of hospitals and universities which are commonly called CHU as if they were separate CHU.

Below are some of the more notable teaching hospitals in North America.

The following are some of the most notable teaching hospitals in the United States: [23]

Below are some of the more notable teaching hospitals in Oceania.

Below are some of the more notable teaching hospitals in South America. 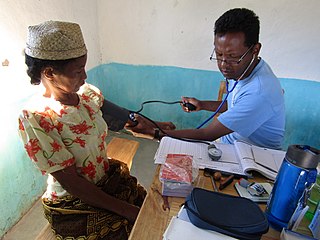 In the medical profession, a general practitioner (GP) is a medical doctor who treats acute and chronic illnesses and provides preventive care and health education to patients. 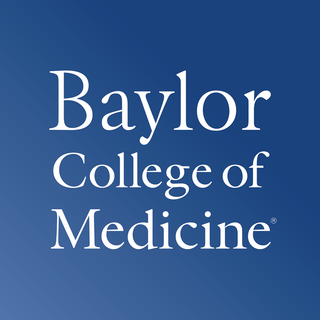 Baylor College of Medicine (BCM) is a private stand-alone health sciences university located in Houston, Texas within the Texas Medical Center, the world's largest medical center. BCM is composed of four academic components: the School of Medicine, the Graduate School of Biomedical Sciences; the School of Health Professions, and the National School of Tropical Medicine. The school is part owner, alongside Catholic Health Initiatives (CHI), of Baylor St. Luke's Medical Center, the flagship hospital of the CHI St. Luke's Health system. Other affiliated teaching hospitals and research institutes include Harris Health System's Ben Taub Hospital, Texas Children's Hospital, The University of Texas MD Anderson Cancer Center, TIRR Memorial Hermann, the Menninger Clinic, the Michael E. DeBakey VA Medical Center, and the Children's Hospital of San Antonio. On November 18, 2020, Baylor College of Medicine announced a new affiliation with Baylor Scott & White Health that will result in the development of a new regional medical school campus in Temple, Texas which will enroll 40 students per year starting in Fall 2023.

The Centre hospitalier universitaire Sainte-Justine is the largest mother and child centre in Canada and one of the four most important pediatric centres in North America. This university health centre is affiliated with the Université de Montréal, located in Montreal, Quebec, Canada.

Baylor Scott & White Medical Center – Temple is a 636-bed multi-specialty teaching hospital located in Temple, Texas. The facility was founded in 1897, when Dr. Arthur C. Scott and Dr. Raleigh R. White, Jr., opened the Temple Sanitarium in Temple, Texas. The group practice consists of over 800 physicians and scientists. The primary clinical teaching campus of Texas A&M Health Science Center College of Medicine, Baylor Scott & White – Temple is ranked as one of the top 100 hospitals and one of the top 15 teaching hospitals in the United States by Thomson Reuters. Baylor Scott & White – Temple has 31 accredited residency and fellowship programs, including programs in emergency medicine, radiology and offers a well-established and respected chaplain resident program. 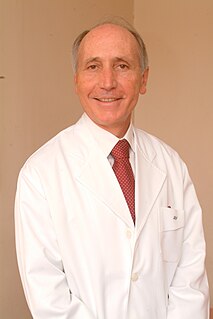 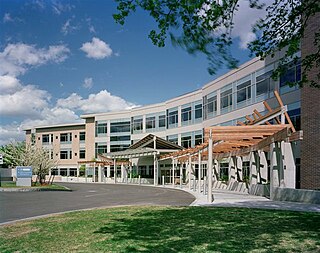 The Cambridge Hospital campus is a community teaching hospital located in Cambridge, Massachusetts, United States. The hospital is located at 1493 Cambridge Street, between Inman Square and Harvard Square. It is one of three hospital campuses part of Cambridge Health Alliance.

The Pontificia Universidad Javeriana Faculty of Medicine in Bogotá, Colombia is one of the leading medical schools in Colombia and Latin America. Its structure lies within the campus of the Pontificia Universidad Javeriana and most practice takes place at its university hospital, the Hospital Universitario San Ignacio (HUSI). In the past 75 years the faculty has been home to many remarkable Colombian physicians and scientists known locally and internationally.

The Federal University of Minas Gerais (UFMG) School of Medicine is one of the oldest and biggest in Brazil. Founded in 1911, shortly after the creation of the capital city of Belo Horizonte, it graduates 320 doctors every year – the biggest number of graduates per year in Brazil – and another 50 speech-language therapists.

The Grenoble Alpes University Hospital is a French teaching hospital built in 1974. With a total capacity of over 2 133 beds in 2020, it is the main hospital of Grenoble and Isère in France. The CHU Grenoble receives all phone calls from the department of Isère dialled through the emergency number 15 via the Reception Center and Call Control.

The Mayo Clinic Alix School of Medicine (MCASOM), formerly known as Mayo Medical School (MMS), is a research-oriented medical school based in Rochester, Minnesota, with additional campuses in Arizona and Florida. MCASOM is a school within the Mayo Clinic College of Medicine and Science (MCCMS), the education division of the Mayo Clinic. It grants the Doctor of Medicine (M.D.) degree, accredited by the Higher Learning Commission (HLC) and the Liaison Committee on Medical Education (LCME). In November 2018, the school was renamed in honor of a $200 million donation from businessman Jay Alix.

The CHU UCLouvain Namur or CHU UCL Namur is a university hospital located in the cities of Namur, Dinant, Yvoir and Ciney, in the Belgian province of Namur. Established in 2015, it is UCLouvain's second hospital.