QEB Hollis Whiteman is a leading set of barristers chambers specialising in criminal and regulatory law, located in the City of London. [3] Established in the 1980s, it employs 70 barristers, including 21 Queens' Counsel, four Treasury Counsel and one Standing Counsel to the RCPO. [4] The current Head of Chambers is Mark Ellison QC and the Chief Clerk is Chris Emmings. [5]

The set's practice areas include: [8]

The chambers are considered "the go-to place" for criminal defence as well as for prosecution. [9]

Members of chambers have prosecuted and defended in many widely publicised criminal cases. [9]

Honorary members include Mr Justice David Calvet-Smith, QC, former Director of Public Prosecutions and former Chair of the Parole Board for England and Wales. [25]

Former members include Daniel Hollis QC, the founding member of the set, [2] and judge Ian Paton QC, criminal prosecutor who prosecuted in major criminal trials as well as sitting as a Recorder in Southwark Crown Court. [26]

Heather Norton practised at the chambers for 23 years, until 2012 when she was appointed a Circuit Judge sitting at Canterbury Crown Court. [27]

Ian Douglas Temby is an Australian barrister. He was the first Commonwealth Director of Public Prosecutions and the first Commissioner of the New South Wales Independent Commission Against Corruption. He conducted the Royal Commission into the Finance Broking Industry in Western Australia in 2001. 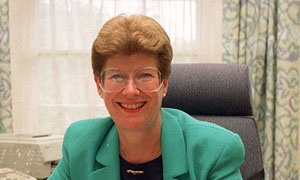 Dame Barbara Jean Lyon Mills DBE QC was a British barrister. She held various senior public appointments including Director of Public Prosecutions, and was widely seen as a pioneer for women gaining such appointments in the higher echelons of the legal profession. At the time of her death she was Chair of the Professional Oversight Board.

Sir David Calvert-Smith, QC, styled The Hon. Mr Justice Calvert-Smith, is a retired British judge. He was Director of Public Prosecutions of England and Wales from 1998 to 2003 and then a High Court judge. Educated at Eton College and King's College Cambridge, he was called to the bar at the Middle Temple in 1969 and became a queen's counsel in 1997. He was knighted in 2002 and sat as a High Court judge from 2005 to 2012. Mr Justice Calvert-Smith is an honorary member of QEB Hollis Whiteman. 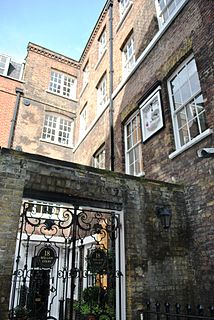 Clare Montgomery QC is a barrister at Matrix Chambers, recorder of the Crown Court and deputy High Court judge. She sits on the Court of Appeal of Jersey.

Cornerstone Barristers is a set of barristers who specialise in social housing law, planning, common and commercial law.

Sir David John Mark Green is a British lawyer and prosecutor, who served from 2012 until 2018 as the Director of the Serious Fraud Office. 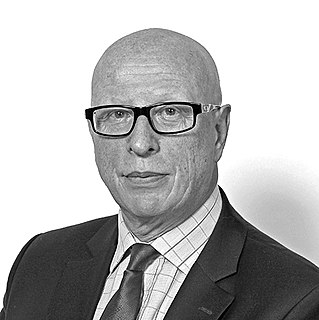 Brian Altman QC is an English lawyer who has been Lead Counsel for the Independent Inquiry into Child Sexual Abuse since 10 January 2017. Altman was First Senior Treasury Counsel at the Central Criminal Court from 2010-13. Altman is the joint Head of Chambers of 2 Bedford Row, barristers’ chambers.

Edward Francis Trevenen Brown QC is an English barrister who specialises in international criminal law and human rights. He is one of the most senior prosecutors at the Old Bailey where he also served as a Recorder, as well as sitting as a part-time circuit judge at Southwark Crown Court. Brown has written extensively on gang violence and joint enterprise murder in The Times.

His Honour Judge Martin William Denton Beddoe is a British judge known for having presided over many high-profile criminal cases. He is a former Crown Court Recorder, member of the Parole Board of England and Wales and a tutor judge of the Judicial College. In March 2013 he was one of the judges appointed to hear an inquest into the death of Olaseni Lewis.

2 Hare Court is a set of barristers chambers specialising in criminal and regulatory law, located in the Inner Temple, one of the four Inns of court. Established in the 1967, It employs 61 barristers, including 16 Queens' Counsel and several former prosecutors, including those who have acted as First Senior, Senior and Junior Treasury Counsel - barristers appointed by the Attorney General to prosecute the most serious and complex criminal cases to come before the courts.

Jonathan Laidlaw QC is an English barrister notable for prosecuting and defending in many high-profile criminal cases, including defence of News International chief executive Rebekah Brooks who was acquitted of all charges after the phone hacking trial. In 2012 he was chosen by the Football Association to present their case against John Terry.

Patrick John Harrington, QC is a Welsh criminal law barrister and Queen's Counsel. He has acted in more than 250 homicide trials, and has been noted for work on some of "the largest and most complex fraud cases in the UK". He has been referred to as one of Wales' "most prominent" lawyers.

The Director of Public Prosecutions of Hong Kong (DPP) is a law officer and head of the Prosecutions Division of the Department of Justice; the director is responsible for directing the conduct of trials and appeals on behalf of Hong Kong, providing legal advice to law enforcement agencies, exercising the discretion of whether to institute criminal proceedings, and providing advice to others in government on proposed changes to the criminal law. 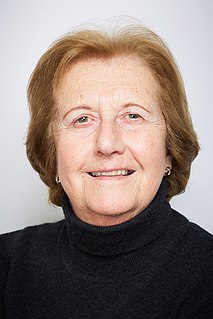 Her Excellency Judge Joanna Korner, is a Judge of the International Criminal Court.