The Skokomish Indian Tribe is headquartered in Skokomish, Washington. The tribe is governed by a seven-member, democratically elected General Council. The current tribal administration is as follows:

English is commonly spoken by the tribe. The Skokomish language is a dialect of Twana, a Central Salish language. The last fully fluent speaker died in 1980. [2]

As of April 2015, the Skokomish Tribe acquired the Glen Ayr resort, located north of Hoodsport, WA, along the Hood Canal. [10]

The Skokomish are one of nine tribes of the Twana, a Native American people of western Washington state in the United States. The tribe lives along Hood Canal, a fjord-like inlet on the west side of the Kitsap Peninsula and the Puget Sound basin. Historically the Twana were hunters, fishers, and gatherers who had a nomadic lifestyle during the warmer months, while living in more permanent homes during the winter months. 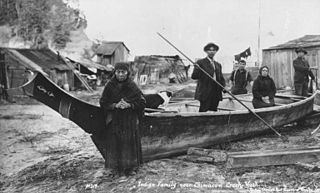 Klallam refers to four related indigenous Native American/First Nations communities from the Pacific Northwest of North America. The Klallam culture is classified ethnographically and linguistically in the Coast Salish subgroup. Two Klallam bands live on the Olympic Peninsula and one on the Kitsap Peninsula in Washington state, and one is based at Becher Bay on southern Vancouver Island in British Columbia.

The Jamestown S'Klallam Tribe is a federally recognized tribe of S'Klallam or Klallam Native Americans. They are on the northern Olympic Peninsula of Washington state in the northwestern United States.

The Kitsap Peninsula lies west of Seattle across Puget Sound, in Washington state in the Pacific Northwest. Hood Canal separates the peninsula from the Olympic Peninsula on its west side. The peninsula, a.k.a. "the Kitsap", encompasses all of Kitsap County except Bainbridge and Blake Islands, as well as the northeastern part of Mason County and the northwestern part of Pierce County. The highest point on the Kitsap Peninsula is Gold Mountain. The U.S. Navy's Puget Sound Naval Shipyard, and Naval Base Kitsap are on the peninsula. Its main city is Bremerton.

The Pend d’Oreille, also known as the Kalispel, are Indigenous peoples of the Northwest Plateau. Today many of them live in Montana and eastern Washington. The Kalispel peoples referred to their primary tribal range as Kaniksu. 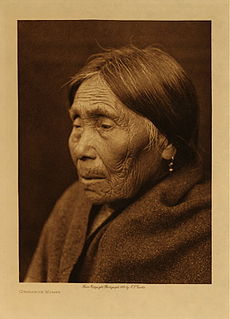 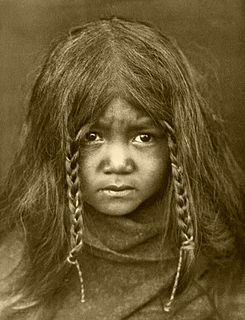 Twana is the collective name for a group of nine Coast Salish peoples in the northern-mid Puget Sound region, most of whom are extinct or are now subsumed into other groups and organized tribes. The Skokomish are the main surviving group and self-identify as the Twana today. The language spoken by these peoples is closely related to Lushootseed and is also called Twana.

The Confederated Tribes of the Chehalis Reservation is a federally recognized tribe of Upper and Lower Chehalis, Klallam, Muckleshoot, Nisqually, and Quinault peoples. They are one of the Northern Straits branch Central Coast Salish peoples of indigenous peoples of the Northwest Coast. Their tribe is located in southwest Washington.

The Lower Elwha Klallam Tribe is a federally recognized Native American nation in the Pacific Northwest of the United States. The tribe is part of the larger Klallam culture, part of the Coast Salish peoples.

The Nisqually Indian Tribe of the Nisqually Reservation is a federally recognized tribe of Nisqually people. They are a Coast Salish people of indigenous peoples of the Pacific Northwest. Their tribe is located in Washington. 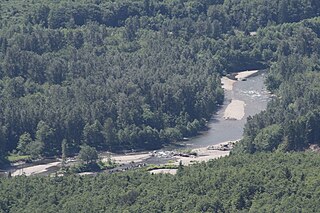 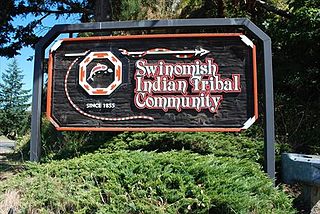 The Kalispel Indian Community of the Kalispel Reservation is a federally recognized tribe of LowerKalispel people, located in Washington. They are an Indigenous people of the Northwest Plateau. 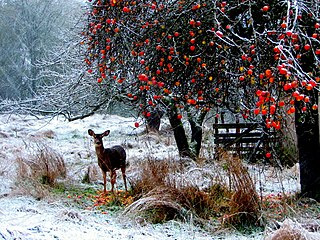 The Snoqualmie people are a southern Coast Salish indigenous people of the Pacific Northwest Coast. Their homelands span the Snoqualmie Valley in east King and Snohomish counties in Washington state. 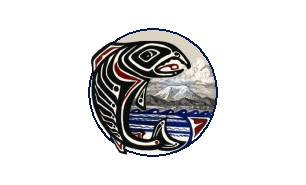