St. Bede's College is a state integrated Roman Catholic day and boarding school in Christchurch, New Zealand, for boys aged 12 (Year 9) to 18 (Year 13). [2] St. Bede's is the oldest Roman Catholic Boys' College in New Zealand's South Island. It is also the only Catholic day and boarding college for boys in New Zealand's South Island. Students at St Bede's are colloquially known as Bedeans. St Bede's College was founded in 1911 by the Marists, a religious congregation founded in Lyon, France in 1816.

Role of the Marists in New Zealand

Father (later Bishop) Jean Baptiste François Pompallier, first bishop of the Roman Catholic Church in New Zealand, was one of the thirteen founders of the Society of Mary (Marists).

The canonical approbation of the Society of Mary was given by Pope Gregory XVI in 1836. Fr Jean-Claude Colin had a close association with Pompallier who accompanied the French Marist Missionaries to New Zealand. The Society of Mary became involved in missionary work and teaching, work that was very similar to the missions of the Jesuits, but which had a distinctive Marian approach.

Before 1877, education in New Zealand was a provincial jurisdiction, with many schools being established by churches or private funding. With the Education Act 1877, the New Zealand Government centralised control through twelve regional education boards to introduce free, compulsory and secular education. Schools intending to teach religious instruction could not receive Government assistance. The Society of Mary continued to build the foundations for a Catholic System of Education, sourcing religious teachers from Ireland, Europe and Australia. In 1885, the Society of Mary established St. Patrick's College in Cambridge Terrace, Wellington. St. Patrick's College was the first Society of Mary secondary school for Boys in New Zealand. [ citation needed ]

St Bede's College, Christchurch, was established in 1911 at the request of Bishop John Joseph Grimes S.M., and the first Catholic Bishop of Christchurch. The college bears the name of The Venerable Bede (AD 673–735) an English Benedictine monk, scholar, and saint. The Society owned St Bede's College. The school was originally located along Ferry Road, but it outgrew its facilities. The college had the option of purchasing the current site or that of St. Andrew's College, Christchurch in Merivale. The chapel was originally used as a gym, but with the building of Chanel Hall, it became obsolete and so was converted to a chapel. The chapel contains the Board of Honour, honouring Bedeans who fought and died for their country in both world wars, although now has been demolished.[ citation needed ]

The college was moved in 1920 to its present site on 220,000 square meters of fields and trees at the northern entrance to the city. Most of the original buildings had to be demolished in 1981 due to new earthquake safety requirements. However, the chapel and half of Durham remained standing until the 2011 earthquake. Over the years, buildings have continued to be added to the college, including the Alistair Macdonald Centre for the Performing Arts, Jarrow (a senior boarding dorm) as well as a new gymnasium. In addition to the surface buildings, the school has a number of tunnels and bomb shelters under the school, built for evacuation purposes. [ citation needed ]

The current rector of the college, Justin Boyle, was appointed in 2002. He was previously the first lay principal of St. Kevin's College, Oamaru but left at the end of 2001 to become the first lay rector of St Bede's.

From its beginnings, St. Bede's College has taught its students by observing a tradition that combines Marian and apostolic elements. For the most part of the previous century, the college had residential Marist priests and brothers as teaching staff. There is still a significant Marist presence at the college.

The college's mission is "To help each boy develop fully by Faith and by Works."

A house system was instituted at St. Bede's College, with every student allocated to a house. The house system has several functions, including administrative. Each house is named for a distinguished person associated with the college and its name. They compete against each other in annual commpetetions such as Swimming, Athletics, and Haka. There are five houses. These are:

The boarding houses are for boarding pupils and are located on the college grounds. These are:

The following old boys are members of the 53rd New Zealand Parliament;

Other distinguished Old Bedeans include:

St. Bede's retains a tradition of academic, cultural and sporting fixtures with St. Patrick's College, Wellington and St. Patrick's College, Silverstream. St Bede's played St Pat's Town in rugby from the 1920s until the early 1970s when it was dropped due to financial reasons. This was for the Holley Shield and the series between the two colleges stood at St Bede's 24, St Pat's Town 20, with one draw. The game against Silverstream had not been played since the Second World War until it was revived in the 1990s. Today, all three Colleges are part of the legacy of the Society of Mary in New Zealand.

As a result of the severe 2011 Canterbury earthquake on 22 February, the school was fortunately spared, although the school was shut until 14 March to undergo building inspections. Sister school Marian College in Shirley, Christchurch was not so fortunate, being severely damaged. [6] Marian College is an all-girls school, and it was decided to share facilities with St. Bedes. The boys from St. Bedes attended school using a "morning timetable" up until 13:00, with the girls continuing on in the afternoon and evening. [7] The celebration of the 100th anniversary of St. Bedes College, due to take place at the end of May 2011, was also postponed as a result of the earthquake until a year later in May 2012. The Grimes boarding house was found unsafe due to quake damage resulting in the relocation of year ten and twelve students to the Durham boarding house. Grimes was demolished in early 2013 along with the Chapel of St Bede, previously the only original building on the site. The Chapel hall was demolished at the end of 2013; replaced with a green space known as 'The Knole'. A new chapel was completed in 2020.

Marist is a noun or adjective derived from the name Mary – in particular Mary the Mother of Jesus Christ. It may refer to:

St Peter's College is a Catholic Integrated co-educational College Year 7–13 of approximately 564 students. It is located in the northern Palmerston North suburb of Milson in New Zealand. The school's campus includes the historic St Anskar's Chapel, which was given to the school by the Dannevirke Catholic community. 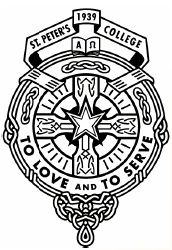 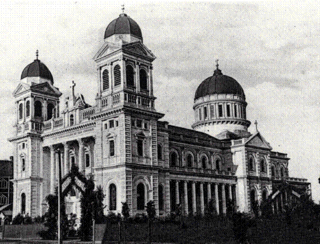 Hato Paora College is a Catholic, Māori Boys' Boarding school located near Cheltenham, Feilding, New Zealand. It was founded in 1947 under the leadership of Marist Priest, Isaac J Gupwell. It is the largest Boys' Maori Boarding Secondary School in New Zealand. 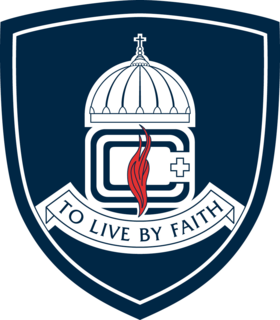 John Joseph Grimes was the first Roman Catholic bishop of Christchurch, New Zealand. Born in Bromley-by-Bow, London, he entered the Society of Mary (Marists), was professed on 29 April 1867, and was later ordained a priest. He became superior of the house of studies founded by the Marists at Paignton in Devon, England.

Matthew Joseph Brodie was the second Catholic bishop of Christchurch, New Zealand. He was appointed by Pope Benedict XV on 27 November 1915 and died in office on 11 October 1943. He was the first New Zealander by birth to be made a Catholic bishop. He was noted for his interest in promoting the general well-being of all.

There have been a number of Catholic Church sexual abuse cases in New Zealand, linked to Catholic schools.