The church was founded in the twelfth century by Benedictine monks, so that local people who lived in the area around the Abbey [3] could worship separately at their own simpler parish church, and historically it was within the hundred of Ossulstone in the county of Middlesex. [4] In 1914, in a preface to Memorials of St. Margaret's Church, Westminster, a former Rector of St Margaret's, Hensley Henson, reported a mediaeval tradition that the church was as old as Westminster Abbey, owing its origins to the same royal saint, and that "The two churches, conventual and parochial, have stood side by side for more than eight centuries – not, of course, the existing fabrics, but older churches of which the existing fabrics are successors on the same site." [5]

St Margaret's was rebuilt from 1486 to 1523, at the instigation of King Henry VII, and the new church, which largely still stands today, was consecrated on 9 April 1523. It has been called "the last church in London decorated in the Catholic tradition before the Reformation", and on each side of a large rood there stood richly painted statues of St Mary and St John, while the building had several internal chapels. In the 1540s, the new church came near to demolition, when Edward Seymour, 1st Duke of Somerset, planned to take it down to provide good-quality materials for Somerset House, his own new palace in the Strand. He was only kept from carrying out his plan by the resistance of armed parishioners. [6]

In 1614, St Margaret's became the parish church of the Palace of Westminster, when the Puritans of the seventeenth century, unhappy with the highly liturgical Abbey, chose to hold their Parliamentary services in a church they found more suitable: [7] a practice that has continued since that time.

Between 1734 and 1738, the north-west tower was rebuilt to designs by John James; at the same time, the whole structure was encased in Portland stone. Both the eastern and the western porch were added later, with J. L. Pearson as architect. In 1878, the church's interior was greatly restored and altered to its current appearance by Sir George Gilbert Scott, although many Tudor features were retained. [8]

In 1863, during preliminary explorations preparing for this restoration, Scott found several doors overlaid with what was believed to be human skin. After doctors had examined this skin, Victorian historians theorized that the skin might have been that of William the Sacrist, who organized a gang that, in 1303, robbed the King of the equivalent of, in modern currency, $100 million. It was a complex scheme, involving several gang members disguised as monks planting bushes on the palace. After the stealthy burglary 6 months later, the loot was concealed in these bushes. The historians believed that William the Sacrist was flayed alive as punishment and his skin was used to make these royal doors, perhaps situated initially at nearby Westminster Palace. [9] Subsequent study revealed the skins were bovine in origin, not human.

By the 1970s, the number of people living nearby was in the hundreds. Ecclesiastical responsibility for the parish was reallocated to neighbouring parishes by the Westminster Abbey and Saint Margaret Westminster Act 1972, and the church was brought under the authority of the Dean and Chapter of Westminster Abbey. [1]

An annual new year service for the Coptic Orthodox Church in Britain takes place in the church in October, and in 2016 Bishop Angaelos gave the sermon. [10]

The Rector of St Margaret's is often a canon of Westminster Abbey. [11]

Notable windows include the east window of 1509 of Flemish stained glass, created to commemorate the betrothal of Catherine of Aragon to Henry VIII. [12] This has had a chequered history. It was given by Henry VII to Waltham Abbey in Essex, and at the Dissolution of the Monasteries the last Abbot sent it to a private chapel at New Hall, Essex. That came into the possession of Thomas Boleyn, 1st Earl of Wiltshire, the father of Anne Boleyn, then Thomas Radclyffe, 3rd Earl of Sussex, next George Villiers, 1st Duke of Buckingham, after him Oliver Cromwell, from whom it reverted to the second Duke of Buckingham, next General Monk, Duke of Albemarle, and after him John Olmius, then Mr Conyers of Copt Hall, Essex, whose son sold the window to the parish of St Margaret's in 1758, for four hundred guineas. The money came from a grant of £4,000 which parliament had made to the parish that year for the renovation of the church and the rebuilding of the chancel. [13]

Other windows commemorate William Caxton, England's first printer, who was buried at the church in 1491, Sir Walter Raleigh, executed in Old Palace Yard [14] and then also buried in the church in 1618, the poet John Milton, a parishioner of the church, and Admiral Robert Blake.

As well as marrying its own parishioners, the church has long been a popular venue for society weddings, as Members of Parliament, peers, and officers of the House of Lords and House of Commons can choose to be married in it. Notable weddings include:

Other notable weddings include some of the Bright Young People. [21]

On Easter day 1555 in the reign of Mary I a Protestant ex-Benedictine monk, William Flower inflicted wounds to the administerer of the sacrament. He repented for the injuries but would not repent his motive which was rejection of the doctrine of transubstantiation. He was thus sentenced for heresy and a week later severed of his hand and burned at the stake outside the church.

During the First World War, Edward Lyttelton, headmaster of Eton, gave a sermon in the church on the theme of "loving your enemies", promoting the view that any post-war treaty with Germany should be a just one and not vindictive. He had to leave the church after the service by a back door, while a number of demonstrators sang Rule Britannia! in protest at his attitude. [32]

The treble choristers for St Margaret's are supplied by Westminster Under School. The church also hosted the first performance by the UK Parliament Choir under Simon Over in 2000.

An organ was installed in 1806 by John Avery. The current organ is largely built by J. W. Walker & Sons Ltd. A specification of the organ can be found on the National Pipe Organ Register. [33]

Under the Ecclesiastical Commissioners Act 1840, this rectory was annexed to the canonry of Westminster Abbey then held by Henry Hart Milman, such that he and his successors as Canon would be Rector ex officio. [38] This arrangement continued until 1978. The Rector was often (and continuously from 1972 to 2010) also the Chaplain to the Speaker of the House of Commons. [39]

Organists who have played at St Margaret's include:

Westminster Abbey, formally titled the Collegiate Church of Saint Peter at Westminster, is a large, mainly Gothic abbey church in the City of Westminster, London, England, just to the west of the Palace of Westminster. It is one of the United Kingdom's most notable religious buildings and a burial site for English and, later, British monarchs. Since the coronation of William the Conqueror in 1066, all coronations of English and British monarchs have occurred in Westminster Abbey. Sixteen royal weddings have occurred at the abbey since 1100. 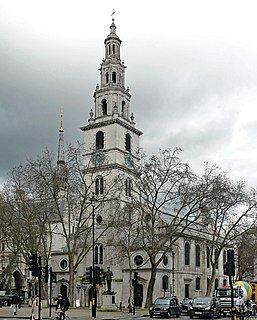 St Clement Danes is an Anglican church in the City of Westminster, London. It is situated outside the Royal Courts of Justice on the Strand. Although the first church on the site was reputedly founded in the 9th century by the Danes, the current building was completed in 1682 by Sir Christopher Wren. Wren's building was gutted during the Blitz and not restored until 1958, when it was adapted to its current function as the central church of the Royal Air Force. 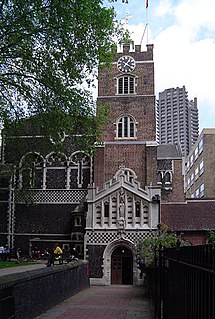 The Priory Church of St Bartholomew the Great, sometimes abbreviated to Great St Bart's, is a medieval church in the Church of England's Diocese of London located in Smithfield within the City of London. The building was founded as an Augustinian priory in 1123. It adjoins St Bartholomew's Hospital of the same foundation.

The Church of St Andrew, Holborn, is a Church of England church on the northwestern edge of the City of London, on Holborn within the Ward of Farringdon Without.

Sir Henry Cheere, 1st Baronet was a renowned English sculptor and monumental mason. He was the older brother of John Cheere, also a notable sculptor. 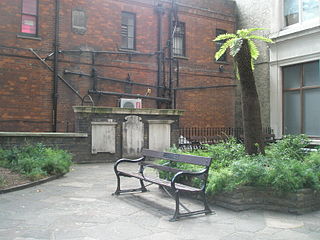 St Peter, Westcheap, also called "St Peter Cheap", "St Peter at the Cross in Cheap", or "Ecclesia S. Petri de Wodestreet", was a parish and parish church of medieval origins in the City of London. The church stood at the south-west corner of Wood Street where it opens onto Cheapside, directly facing the old Cheapside Cross. In its heyday it was a familiar landmark where the City waits used to stand on the roof and play as the great processions went past. It was destroyed in the Great Fire of London in 1666, together with most of its surroundings, and was never rebuilt. 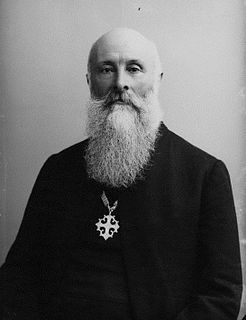 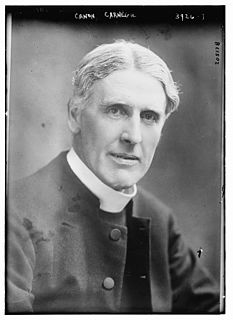 William Hartley Carnegie was an Anglican priest and author. In addition to parish ministries and chaplaincy, he served as Archdeacon of Westminster from 1918 to 1919 and as sub-dean of Westminster Abbey from 1919 to 1936. 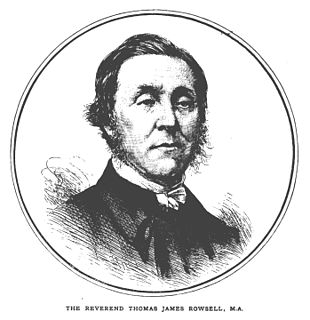 The Reverend Thomas James Rowsell was a popular High Church Anglican preacher of London who was made Honorary chaplain to Queen Victoria.

Wikimedia Commons has media related to St Margaret's, Westminster .
This page is based on this Wikipedia article
Text is available under the CC BY-SA 4.0 license; additional terms may apply.
Images, videos and audio are available under their respective licenses.