The Stone Soup is a European folk story in which hungry strangers convince the people of a town to each share a small amount of their food in order to make a meal that everyone enjoys, and exists as a moral regarding the value of sharing. In varying traditions, the stone has been replaced with other common inedible objects, and therefore the fable is also known as axe soup, button soup, nail soup, and wood soup.

Some travelers come to a village, carrying nothing more than an empty cooking pot. Upon their arrival, the villagers are unwilling to share any of their food stores with the very hungry travelers. Then the travelers go to a stream and fill the pot with water, drop a large stone in it, and place it over a fire. One of the villagers becomes curious and asks what they are doing. The travelers answer that they are making "stone soup", which tastes wonderful and which they would be delighted to share with the villager, although it still needs a little bit of garnish, which they are missing, to improve the flavor.

The villager, who anticipates enjoying a share of the soup, does not mind parting with a few carrots, so these are added to the soup. Another villager walks by, inquiring about the pot, and the travelers again mention their stone soup which has not yet reached its full potential. The villager hands them a little bit of seasoning. More and more villagers walk by, each adding another ingredient. Finally, the stone (being inedible) is removed from the pot, and a delicious and nourishing pot of soup is enjoyed by travelers and villagers alike. Although the travelers have thus tricked the villagers into sharing their food with them, they have successfully transformed it into a tasty meal which they share with the donors.

In the Aarne-Thompson-Uther folktale classification system this tale and set of variants is type 1548. [3]

There are many examples of projects referencing the "Stone Soup" story's theme of making something significant by accumulating many small contributions. Examples include:

The film Fandango (1985) contains a wedding sequence towards the end which builds on the Stone Soup theme. The protagonists need to hold a wedding ceremony, but they lack the necessary funds. Therefore, they set up a folding card table by the main street of a sleepy Texas town, dust it off, and invite passersby to come to the wedding. As they concoct stories of delinquent caterers and crashed champagne trucks, the friendly townspeople contribute their time and resources, the result being a magical wedding ceremony.

Gerald Griffin wrote "The Collegians" (1829) which includes a version of limestone soup in chapter 30.

William Butler Yeats' play The Pot of Broth (1904) tells a version of the story in which a clever Irish tramp uses his wits to swindle a shrewish medieval housewife out of her dinner. [7]

In 1965, Gordon R. Dickson published a short story called "Soupstone", where a headstrong pilot is sent to solve a problem on a planet under the guise of a highly educated and competent official. He succeeds by pretending to understand everything, but actually merely making the locals apply their already present knowledge and abilities to the task.

"Stone Soup" (1968), [12] written by Ann McGovern and illustrated by Nola Langner, tells the story of a little old lady and a hungry young man at the door asking for food, and how he tricks her into making stone soup.

Canadian children's author Aubrey Davis adapted the story to a Jewish context in his book Bone Button Borscht (1996). According to Davis, he wrote the story when he was unable to find a story that he liked for a Hanukkah reading. [13] Barbara Budd's narration of Bone Button Borscht traditionally airs across Canada on CBC Radio One's As It Happens , on the first day of Hanukkah.

A version of the tale written by Tom Chapin and John Forster appears on Chapin's album Mother Earth (1990).

A contemporary twist on "nail soup" helps relieve real-world iron deficiency anemia in Cambodia. The Lucky Iron Fish is a cast iron bar in the shape of the "Try Kantrop" fish that many villagers consider lucky. When immersed into a simmering pot of soup, enough of the iron dissolves into the liquid to add the critical amounts of a trace nutrient needed to prevent certain types of anemia. [17]

US Army General George S. Patton referred to the "rock soup method" of acquiring resources for attacks in the face of official disapproval by his superiors for offensive operations. In the military context, he sent units forward, ostensibly on reconnaissance missions, where he knew resistance was to be met. "Surprised" at the enemy resistance, Patton would later request support for his scouts, and these missions eventually turned into small scale probing attacks. Then, once full combat had begun, Patton would request (or make the executive decision to) encircle or push full force against enemy resistance, under the rationale that the reinforcements were either bogged down or unable to retreat. He notably did this during the Battle of Sicily, in the advance on Palermo, and again in the campaign in northwest Europe, notably near Metz when his 3rd US Army was officially halted during Operation Market Garden. [18]

"The Three Little Pigs" also is "The 3 Little Pigs and The 3 Pigs" is a fable about three pigs who build three houses of different materials. A Big Bad Wolf blows down the first two pigs' houses, made of straw and sticks respectively, but is unable to destroy the third pig's house, made of bricks. Printed versions date back to the 1840s, but the story itself is thought to be much older. The phrases used in the story, and the various morals drawn from it, have become embedded in Western culture. Many versions of The Three Little Pigs have been recreated and modified over the years, sometimes making the wolf a kind character. It is a type B124 folktale in the Aarne–Thompson classification system.

Tsimshian mythology is the mythology of the Tsimshian, an Aboriginal people in Canada and a Native American tribe in the United States. The majority of Tsimshian people live in British Columbia, while others live in Alaska. 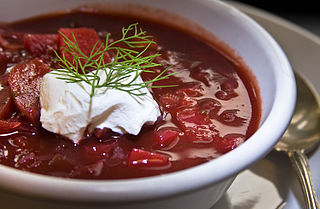 Borscht is a sour soup common in Eastern Europe and Northern Asia. In English, the word "borscht" is most often associated with the soup's variant of Ukrainian origin, made with beetroots as one of the main ingredients, which give the dish its distinctive red color. The same name, however, is also used for a wide selection of sour-tasting soups without beetroots, such as sorrel-based green borscht, rye-based white borscht and cabbage borscht. 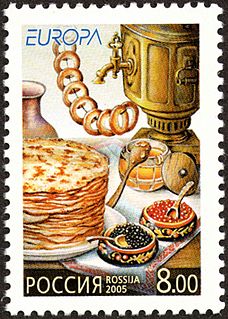 Russian cuisine is a collection of the different cooking traditions of the Russian people.

Shchi is a Russian-style cabbage soup. When sauerkraut is used instead, the soup is called sour shchi, while soups based on sorrel, spinach, nettle, and similar plants are called green shchi. In the past, the term sour shchi was also used to refer to a drink, a variation of kvass, which was unrelated to the soup. 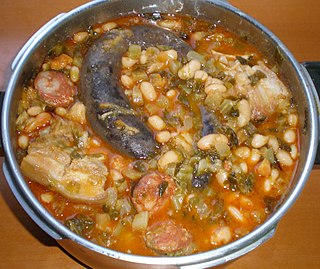 A perpetual stew, also known as hunter's pot or hunter's stew, is a pot into which whatever one can find is placed and cooked. The pot is never or rarely emptied all the way, and ingredients and liquid are replenished as necessary. The concept is often a common element in descriptions of medieval inns. Foods prepared in a perpetual stew have been described as being flavorful due to the manner in which the ingredients blend together, in which the flavor may improve with age.

Comfort food is food that provides a nostalgic or sentimental value to someone, and may be characterized by its high caloric nature, high carbohydrate level, or simple preparation. The nostalgia may be specific to an individual, or it may apply to a specific culture. 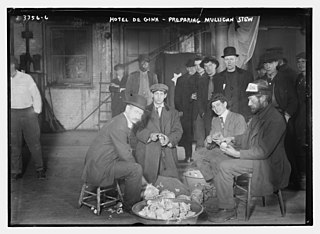 Mulligan stew is a type of stew said to have been prepared by American hobos in camps in the early 1900s. 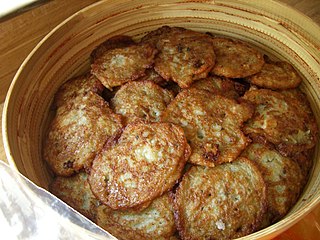 Belarusian cuisine shares many similarities with cuisines of other Eastern, Central and Northeastern European countries, based predominantly on meat and various vegetables typical for the region. 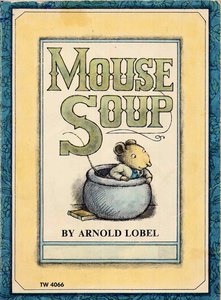 Mouse Soup is a 1977 picture book by noted illustrator Arnold Lobel. Beginning with the simple sentence "A mouse sat under a tree", the book goes on to tell the story of a mouse who has to trick Weasel from turning Mouse into Mouse Soup. He does that by telling stories about Bees and the Mud, Two Large Stones, The Crickets, and The Thorn Bush, and tells Weasel to put them into his soup. It is then assumed that Mouse got away and Weasel got stung by bees. 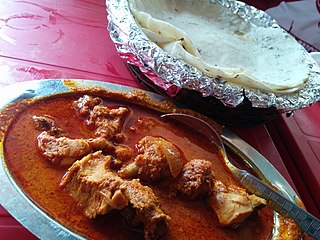 Stone Soup is a folk story about tricking people to contribute to an ostensibly inedible soup. 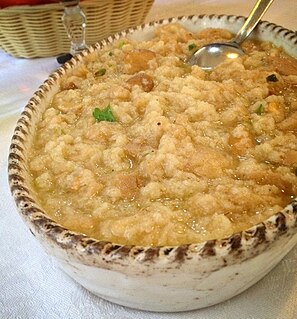 Acquacotta is a hot broth-based bread soup in Italian cuisine that was originally a peasant food. Its preparation and consumption dates back to ancient history, and it originated in the coastal area known as the Maremma in southern Tuscany and northern Lazio. The dish was invented in part as a means to make hardened, stale bread edible. In contemporary times, ingredients can vary, and additional ingredients are sometimes used. Variations of the dish include aquacotta con funghi and aquacotta con peperoni. 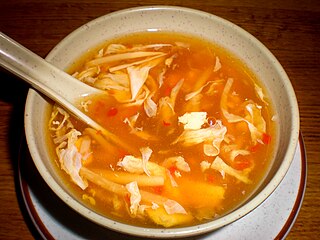 Hot and sour soup is a soup from Asian culinary traditions. In all cases, the soup contains ingredients to make it both spicy and sour.

Hot pot or hotpot, also known as soup-food or steamboat, is a cooking method that originates from Mongolia, prepared with a simmering pot of soup stock at the dining table, containing a variety of East Asian foodstuffs and ingredients.

Spinach soup is a soup prepared using spinach as a primary ingredient. A common dish around the world, the soup can be prepared as a broth-based or cream-based soup, and the latter can be referred to as "cream of spinach soup." In China, a spinach and tofu soup is also known as "emerald and white jade soup"; spinach and tofu represent emerald and white jade respectively, and thus the spinach soup itself can be called "emerald soup". Fresh, canned or frozen spinach can be used, and the spinach can be used whole, puréed or chopped. Additional ingredients can include onion, green onion, carrot, celery, tomatoes, potatoes, lemon juice, olive oil, seasonings, salt and pepper. Spinach soup is typically served hot, but can also be served as a cold soup. Prior to being served, it can be topped or garnished with ingredients such as sour cream and crème fraîche. 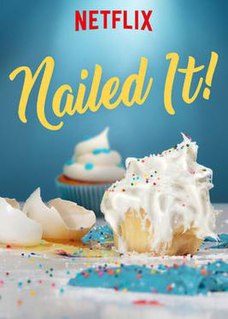