The brand is targeted at the skateboarding and hip hop cultures, and youth culture in general. The brand produces clothes and accessories and also manufactures skateboards.

The red box logo with "Supreme" in white Futura Heavy Oblique is debated to be largely based on Barbara Kruger's art. [9]

Supreme releases new products through their retail locations around the world as well as their website on Thursday mornings in Europe and America, and on Saturday mornings in Japan. [10] The Supreme brand is popular in China, [11] Japan, [12] Europe and the US.

Supreme is owned by VF Corporation. [6]

The brand was founded by James Jebbia in 1994. The first Supreme store opened in an old office space on Lafayette Street in Lower Manhattan in April 1994. [13] [14] It was designed with skaters in mind with a unique design for the store layout: by arranging the clothes around the perimeter of the store, a large central space permitted skaters with backpacks to skate into the store and still feel comfortable. [9] This store had its core group of skaters who served as its team in 1994, [9] which included late actors Justin Pierce and Harold Hunter, and the first employees were extras from the Larry Clark film Kids . [1] Jebbia explained that he opened Supreme in lower Manhattan because at the time there was nowhere else to buy skate products in the area. He focused primarily on more obscure, harder-to-find items and credited the open-mindedness of skaters with the brand's ability to take risks. [1]

In 2004, a second location was opened on North Fairfax Ave in Los Angeles, California, which is nearly double the size of the original New York City store and features an indoor skate bowl. [15] Other locations include Paris, which opened in 2016, London, which opened in September 2011, Tokyo (Harajuku, Daikanyama and Shibuya), Nagoya, Osaka, and Fukuoka. [16] The additional locations emulate the original Lafayette Street store's design; stores feature rotating art displays, and use videos and music to attract attention. [14] [1]

Supreme stocks its own clothing label, as well as other skateboard brands such as Vans, Nike SB, Spitfire, Thrasher and Girl Distribution Company, among others. [17] James Jebbia was quoted in saying that anything that Supreme releases will never be classified as "limited," but notes that they make short runs of their products because they "don't want to get stuck with stuff nobody wants." [9]

Supreme releases two collections each year. Instead of offering the entire line at once, the brand releases a few pieces online and in-store from the current season’s collection every Thursday. [1]

In November 2020, VF Corporation announced that they agreed to buy Supreme in an all cash deal for US$2.1 billion. [6] VF Corporation bought out the investors Carlyle Group and Goode Partners LLC, as well as founder James Jebbia. According to VF, Jebbia will continue to manage the business. [27]

Supreme has been granted trademarks in many countries including countries in North America, Europe and Asia. [32]

In 2018, Supreme lost a lawsuit in an Italian court, [33] and the European Union refused to register its trademark, [34] so "Supreme" branded items not licensed, approved or manufactured by Supreme could be sold in Italy and Spain. [35] Samsung was able to sign a promotion agreement with a fake Supreme brand in China. [36] [37] Finally, in November 2019, an appellate court of the European Union Intellectual Property Office (EUIPO) found that Supreme's brand is distinct and eligible for an EU trademark. "It has been widely demonstrated that the sign is used as a brand and in some cases seen as “‘cult’ in the field of streetwear," the court said. [32] [38] On August 27, 2020, EUIPO granted Supreme a Europe-wide trademark for bags, clothing and retail stores. [39] [40]

In 2018, Supreme was awarded the Council of Fashion Designers of America's Menswear Designer of the Year Award. [14]

Kenneth Cappello [43] made some Supreme photo tees like Mike Tyson, Dipset, and Raekwon. [44]

During the Fall Winter 2017 season Supreme collaborated with fashion house Louis Vuitton for a Menswear Collection. [45] [46]

Below is a list of official skate videos made for Supreme.

Vans is an American manufacturer of skateboarding shoes and related apparel, started in Anaheim, California, and owned by VF Corporation. The company also sponsors surf, snowboarding, BMX, and motocross teams. From 1996 to 2019, the company has been the primary sponsor of the annual Vans Warped Tour traveling rock festival.

VF Corporation is an American worldwide apparel and footwear company founded in 1899 and headquartered in Denver, Colorado. The company's 13 brands are organized into three categories: Outdoor, Active and Work. The company controls 55% of the U.S. backpack market with the JanSport, Eastpak, Timberland, and North Face brands.

Globe International Ltd. is an Australian footwear, clothing, and skateboard hardware company. It was founded in 1985 by three Australian brothers. Globe International's core business is divided between proprietary brands, licensed brands, and distributed brands. The company's international offices are located in Melbourne, Los Angeles and San Diego, U.S.; Hossegor, France; London, U.K.; and Shenzhen, China. It is listed on the Australian Stock Exchange.

FUCT or Friends U Can't Trust is a clothing brand founded in Los Angeles in 1990 by American artist and designer Erik Brunetti and partner at the time, professional skateboarder Natas Kaupas. Brunetti has said he choose the name "FUCT" because it was a homophone of the expletive "fucked" and wanted people to question its pronunciation. FUCT has been referred to as one of the pioneering brands of modern streetwear, often incorporating various elements and icons of pop culture alongside anti-government and anti-religious campaigns into their designs including the use of parodied logos. 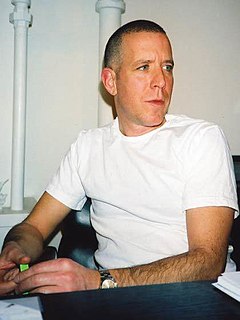 James Jebbia is an American-British businessman and fashion designer. He is known for being the founder of the skateboarding shop and clothing brand Supreme New York.

Tyshawn Jones is a regular-footed American skateboarder, winner of the 2018 Thrasher Skater of the Year award. 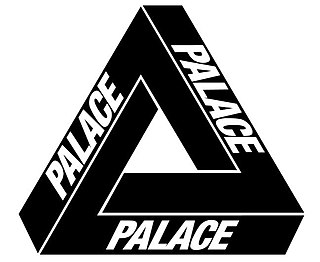 Palace Skateboards is a London-based skateboard shop and clothing brand established in 2009. The brand was primarily heavily worn by founder Levent Tanju and his skate team, Palace Wayward Boys Choir. Palace focuses on skate wear with heavy 1990s and pop culture influences alongside VHS style clothing advertisements and skateboard videos of their skate team. Their merchandise can be found online or at their stores in London, New York, Los Angeles and Tokyo. They release new products every Friday morning, during their five seasonal periods: Spring, Summer, Autumn, Winter and Ultimo. Since its creation, the brand has gained popularity within the streetwear community. Demand for Palace items can often outweigh supply, resulting in items being resold for significant margins.

Beatrice Domond is a regular-footed American skateboarder from Miami, Florida.

William Strobeck is an American filmmaker, director, videographer, and photographer based out of New York City. Strobeck directed the skate videos: cherry (2014), BLESSED (2018), CANDYLAND (2019), and STALLION. (2021).

Pablo Ramirez was a regular-footed American skateboarder, artist, and musician from New York City, who lived and skated in San Francisco.

Noah is an American men's clothing brand founded by Brendon Babenzien, based out of its flagship store on 195 Mulberry St. in Soho, New York City. The brand draws from a range of influences from punk and new wave to seaside Long Island. Responsible sourcing and other socially conscious issues have been a focus for the brand.

Fucking Awesome is an American skateboard company and streetwear brand. Due to the profanity in the brand's name, it is sometimes referred to as simply "FA." FA was created by professional skateboarders Jason Dill and Anthony Van Engelen. FA has created collaborations with brands like Vans, Adidas, and Independent Trucks.

Cher Strauberry is a goofy-footed American skateboarder and musician.

A hill bomb is a maneuver in skateboarding in which a rider rides down a big hill. The trick is noted for its particular danger and, sometimes, grace.

Keith Hufnagel was an American skateboarding professional, entrepreneur, and fashion designer, the founder of the streetwear brand HUF.