The Long and the Short and the Tall (film)

The Long and the Short and the Tall (released as Jungle Fighters in the US and Canada) is a 1961 British war film directed by Leslie Norman and starring Richard Todd, Laurence Harvey and Richard Harris. The film, which is based on a 1959 play with the same name, by Willis Hall, takes place in 1942 during the Malayan Campaign.

The title comes from the second line of the First World War song "Bless 'Em All", which became very popular during the Second World War following recordings from singers such as Vera Lynn.

During the Japanese invasion of Burma in 1942, a seven-strong British sonic deception unit on a short jungle exercise hides from the rain in a hut at an abandoned tin mine. The men constantly bicker, often provoked by the bullying Corporal Johnstone or the forever mocking Bamforth. While Sergeant Mitchem and Corporal Johnstone are reconnoitering, Lance-Corporal Macleish ("Mac"), provoked, beats up Bamforth. Tension rises as they fail to make radio contact with their base and pick up a Japanese broadcast, indicating that they are nearby. A Japanese scout appears: Johnstone grabs him and tells Taff to stab him. Taff cannot kill him in cold blood and, before Bamforth does, the returning Mitchem says they must take him back for interrogation.

Mitchem places Bamforth in charge of the prisoner, who Bamforth names Tojo. Bamforth realises Tojo is just another soldier, bonding over pictures of Tojo's family. Johnstone, enraged, tries to destroy the pictures but Bamforth, his frustrations boiling over, beats him up, risking a court martial. Mitchem sends Mac and Smudge to reconnoiter. They see a small patrol sending two soldiers to find Tojo. Knowing this endangers their patrol, Mac kills one but the other escapes. Mac and Smudge return to warn the patrol which tries to radio base to warn them, even though it may reveal their position. A taunting Japanese broadcast accelerates their decision to flee for their base.

They head for home. Mitchem now realises that the prisoner is a liability rather than as asset and Johnstone keeps offering to kill him. The group, temporararily blocked by a flash flood, take a break in the mine canyons and Bamforth is sent to keep watch. Johnstone spots Mac and Tojo enjoying a cigarette, and cruelly points out that the cigarettes are British, and Tojo must have stolen them from a British soldier he had killed. This affects the men who turn on Tojo. Johnstone sadistically rips up Tojo's cherished family photos and Mac searches and slaps him. Upon hearing the commotion, Bamforth returns and explains he gave Tojo the cigarettes. The men are ashamed and try to make amends by gathering and returning Tojo's possessions. Johnstone maliciously says that Tojo's cigarette case was made in Birmingham. As the men again grow hostile, Bamford responds that Tojo could have traded for it, forcing the youngest member (Whittaker) to admit that he does this.

The flood is receding and Mitchem asks Whittaker to make a last attempt to contact base before they leave. They plan to abandon the mules, blow up the special equipment and kill the prisoner Tojo. Bamforth is alone in protesting against killing Tojo and appeals for support from the other men without success. The radio responds to Whittaker's efforts but only a Japanese message can be heard. Tojo approaches him, trying in Japanese to explain the message. Panicking about the Japanese broadcast and ashamed from his unveiling as a looter, Whittaker mistakes Tojo's movements and shoots him dead with a machine gun. The radio crackles into life again and a Japanese accented English announces that the patrol is surrounded and demands their surrender. Whittaker's firing will have further alerted the Japanese.

Mitchem with Bamforth forms a rear guard to allow the others led by Johnstone to escape. The rear guard are soon defending against the main Japanese force. As the main group emerge, a Japanese sniper dispatches Taff and Mac. Although Whittaker is cut off, Johnstone tells Smudge they must return to Mitchem. As they flee, Smudge is also killed.

Mitchem is shocked to see the superficially injured Johnstone back alone but is shot by a sniper. As the Japanese close in, Johnstone implores Bamforth to surrender. Bamforth however shoots at the explosives. The explosion kills many attackers but also causes a rockfall, killing Bamforth. Johnstone strides forward and, taking a white scarf from a dead Japanese soldier, surrenders. Whittaker is found cowering under a bush by Japanese soldiers and is also taken by the Japanese and is shouted at and mocked just as the British treated Tojo.

The film was shot at Elstree Studios in 1960, where Richard Todd had starred in The Dam Busters a few years earlier. Todd loathed making this film, as he didn't get along with Laurence Harvey, In an interview many years later, he said, "I didn't enjoy working with Laurence Harvey... I took it for granted that they would cast Peter O'Toole, who was marvellous on stage, but they said they wanted a 'name'". [2]

Richard Harris later claimed Todd would stand on top of mounds of dirt to seem as tall as his co-stars. [3]

Leslie Norman was also unhappy he had to cast Laurence Harvey instead of Peter O'Toole. He felt Laurence Harvey and Richard Harris "let the film down... Harris because he resented Laurence Harvey, despised him and they didn't get on with Richard Todd". Norman says "I was very pleased with my side of the film in the end. It was all made in a studio, we never set foot outside for a month. I asked to go on location, but a jungle's pretty claustrophobic, for sure". [4]

According to Kine Weekly, the 12 most popular films at the British box office in 1961 were, in order, Swiss Family Robinson, The Magnificent Seven, Saturday Night and Sunday Morning, 101 Dalmatians, Polyanna, The Rebel, The Sundowners, Whistle Down the Wind, Butterfield 8, Carry On Regardless, The Parent Trap and The Long and the Short and the Tall. [5] Richard St John Francis Harris was an Irish actor and singer. He appeared on stage and in many films, notably as Corrado Zeller in Michelangelo Antonioni's Red Desert, Frank Machin in This Sporting Life, for which he was nominated for the Academy Award for Best Actor, and as King Arthur in the 1967 film Camelot, as well as the 1981 revival of the stage musical. 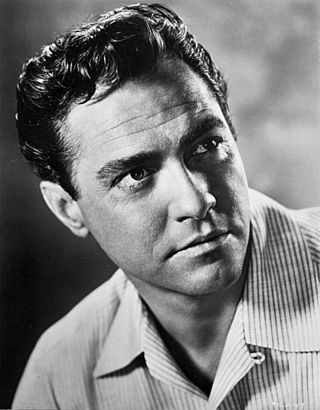 Richard Andrew Palethorpe-Todd was an Irish-British actor known for his leading man roles of the 1950s. He received a Golden Globe Award for Most Promising Newcomer – Male, and an Academy Award for Best Actor nomination and a Golden Globe Award for Best Actor nomination for his performance as Corporal Lachlan MacLachlan in the 1949 film The Hasty Heart. His other notable roles include Jonathan Cooper in Stage Fright (1950), Wing Commander Guy Gibson in The Dam Busters (1955), Sir Walter Raleigh in The Virgin Queen (1955), and Major John Howard in The Longest Day (1962). He was previously a Captain in the British Army during World War II, fighting in the D-Day landings as a member of the 7th Parachute Battalion. 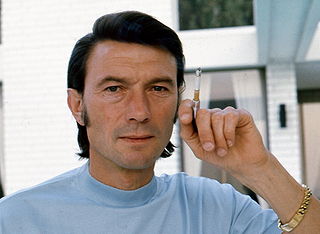 Bugs Bunny Nips the Nips is a 1944 Merrie Melodies cartoon directed by Friz Freleng. The cartoon, released on April 22, 1944, features Bugs Bunny. The film depicts Bugs fighting against the Imperial Japanese Army in the Pacific War. The film is considered controversial for caricaturing the Japanese enemy, and expressing anti-Japanese sentiment.

A Hill in Korea is a 1956 British war film based on Max Catto's 1953 novel of the same name. The original name was Hell in Korea, but it was changed for distribution reasons—except in the US. It was directed by Julian Amyes and produced by Anthony Squire. Incidental music was written by Malcolm Arnold.

Charles Melvin VC was a Scottish recipient of the Victoria Cross, the highest and most prestigious award for gallantry in the face of the enemy that can be awarded to British and Commonwealth forces.

William Johnstone Milne VC was a First World War Canadian soldier. Milne was a posthumous recipient of the Victoria Cross, the highest and most prestigious award for gallantry in the face of the enemy that can be awarded to British and Commonwealth forces. He received the VC for his actions at the Battle of Vimy Ridge on 9 April 1917.

Willis Edward Hall was an English playwright and radio, television and film writer who drew on his working-class roots in Leeds for much of his writing. Willis formed an extremely prolific partnership with his life-long friend Keith Waterhouse producing over 250 works. He wrote plays such as Billy Liar, The Long and the Short and the Tall, and Celebration; the screenplays for Whistle Down the Wind, A Kind of Loving and Alfred Hitchcock's Torn Curtain; and television programmes including Budgie, Worzel Gummidge and Minder. His passion for musical theatre led to a string of hits, including Wind in the Willows, The Card, and George Stiles' and Anthony Drewe's Peter Pan: A Musical Adventure. 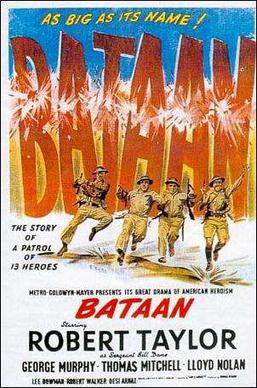 Bataan is a 1943 American black-and-white World War II film drama from Metro-Goldwyn-Mayer, produced by Irving Starr, directed by Tay Garnett, that stars Robert Taylor, George Murphy, Lloyd Nolan, Thomas Mitchell, Desi Arnaz and Robert Walker. It follows the fates of a group of men charged with destroying a bridge during the doomed defense of the Bataan Peninsula by American forces in the Philippines against the invading Japanese. 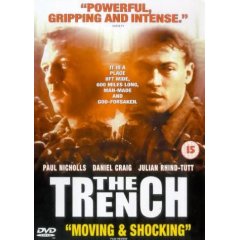 The Trench is a 1999 British war film directed by William Boyd and starring Paul Nicholls and Daniel Craig. It depicts the experiences of a group of young British soldiers in the 48 hours leading up to the Battle of the Somme in 1916. 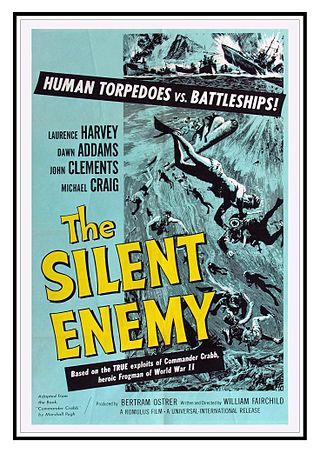 The Silent Enemy is a 1958 British action film directed by William Fairchild. It stars Laurence Harvey as Lionel "Buster" Crabb and describes his exploits during World War II. Based on Marshall Pugh's book Commander Crabb, the film followed the publicity created by Crabb's mysterious disappearance and likely death during a Cold War incident a year earlier. It was the first Universal Pictures film in SuperScope. 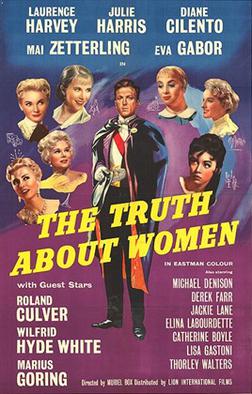 The Long and the Short and the Tall is a play written by British playwright Willis Hall. Set in the Second World War, the play premiered at the Royal Court Theatre in London in January 1959; it was directed by Lindsay Anderson and starred Peter O'Toole and Robert Shaw. It was Anderson's first major production for the Royal Court, transferring to London's West End in April 1959.

The Long and the Short and the Tall may refer to: 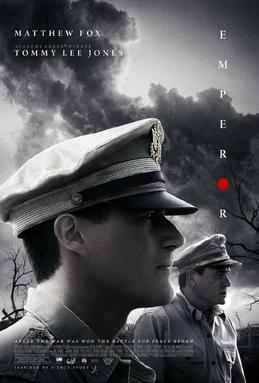 Hideki Tojo was a Japanese politician, general of the Imperial Japanese Army (IJA), and convicted war criminal who served as prime minister of Japan and president of the Imperial Rule Assistance Association for most of World War II. He assumed several more positions including chief of staff of the Imperial Army before ultimately being removed from in July 1944. During his years in power, his leadership was marked by extreme state-perpetrated violence in the name of Japanese ultranationalism, much of which he was personally involved in. 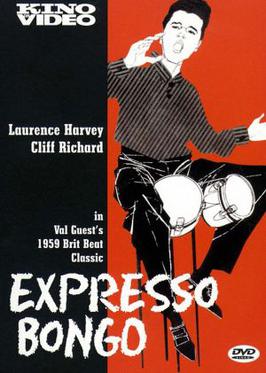 Expresso Bongo is a 1959 British drama musical film directed by Val Guest, shot in uncredited black & white Dyaliscope and starring Laurence Harvey, Cliff Richard, and Yolande Donlan. It is adapted from the stage musical of the same name, which was first produced on the stage at the Saville Theatre, London, on 23 April 1958.