Thrithallur is a village in Thrissur district, Kerala, which is a state of India. Thrithallur is located on the western part of [Thrissur] district. The National Highway 17 passes through the middle of this village. Engandiyur and Vatanappally are nearest panchayats of Thrithallur. Thrithallur is famous for its Shiva Temple and Cultural activities. It is called as cultural capital of Nattika Manappuram.There are three schools in this village namely Sreevidhyaposhini L.P School, Thrithalloor U.P School and Kamala Nehru Memorial Vocational Higher Secondary School. Late Prime Minister, Indira Gandhi laid foundation stone for the school in this village Kamla Nehru Memorial Vocational Higher secondary school. 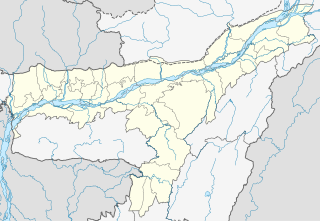 Diphu (Pron:ˈdɪfu:) is the headquarter of Karbi Anglong district in the state of Assam in India. This small town is a popular tourist hill station for people of nearby cities.

Kamala Nehru was a freedom fighter and the wife of Jawaharlal Nehru. Her daughter Indira also served later as Prime Minister of India.

Kamla Nagar is a residential and commercial neighbourhood in North Delhi, India. It is one of Delhi's major shopping centres. 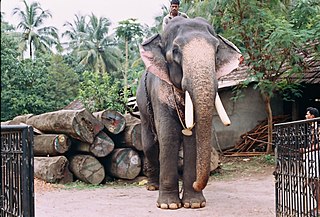 Cherpu is a small village in Thrissur district of Kerala state in south India. It is 12 kilometres south of Thrissur town and is on the Thriprayar road. It is dotted by a number of temples and has quite a few rivers flowing by its vicinity.

Phagwara is a town and the Municipal Corporation with area of 20 km2(approx.) in Kapurthala district of Punjab State, India. The city lies on the National Highway 44 and located 124 kilometres (77 mi) away from Chandigarh and 20 kilometres (12 mi) away from Jalandhar361 kilometres (224 mi) from Delhi. 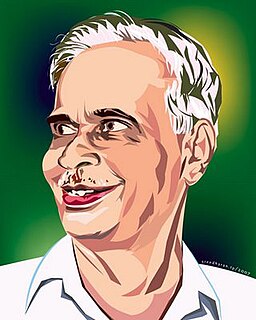 Vyloppilli Sreedhara Menon was an Indian poet of Malayalam literature. Known for his works such as Kudiyozhikkal, Kannikkoythu and Mambazham, Menon was the founder president of the Purogamana Kala Sahitya Sangham, an organization of Kerala-based artists, writers and art and literature enthusiasts. He was a recipient of several honors including Sahitya Akademi Award, Kerala Sahitya Akademi Award for Poetry, Vayalar Award and Odakkuzhal Award. 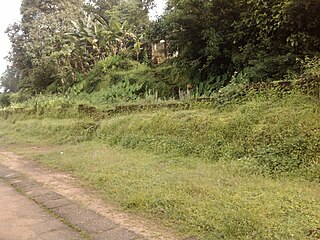 Puthukkad is a town situated on the banks of Kurumali River, also known as Mupliyam River, in Kerala. The town is 17 km to the south of Thrissur, 16 km to the north of Chalakudy, and 1.2 km west of Cheruval. The National highway NH 544 passes through thi town. 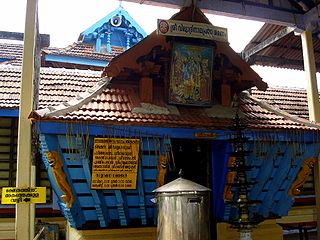 Thiruvilwamala is a hilly village in the northern terrain of Thrissur district of Kerala state in southern India. It is located 47 kilometres towards north-east of the District Headquarters Thrissur.

Karalam is a small village in Thrissur district in Kerala state of India, known for its scenic beauty. It is located 8 km from Irinjalakuda and 18 km from Thrissur.

Vallikunnam is a village in Mavelikara taluk of Alappuzha district in the Indian state of Kerala.

Engandiyur is a village in the Chavakkad taluka of the Thrissur district in the state of Kerala, India. It has an area of 1411 hectares and harbours 5,760 households with total population of 23,101 as per the 2011 Census. The nearest town Chavakkad is at a distance of 8 km. Male population is 10,528 and female population is 12,573. Scheduled Caste Population is 615 and Scheduled Tribes population is 45. Census Location Code of the village is 627789.

SSMVHS School, also known as Seethi Sahib Memorial Vocational Higher Secondary School, formerly known as Edakazhiyoor SSMF VHSS, Edakazhiyoor, is a school for boys and girls located at Edakkazhiyoor in Chavakkad Taluk, Thrissur District, Kerala. It is the first school in the coastal area of Chavakkad and Punnayoor Panchayath.

Vailoppilly Sreehara Menon Memorial Government Vocational Higher Secondary School, commonly known as GVHSS, Ollur, is a vocational higher secondary school situated in Ollur, Thrissur City and run by the state government of Kerala, in India. It is named after the poet Vyloppilli Sreedhara Menon, who served as headmaster from 1936 to 1966.

Mar Augustine Memorial Higher Secondary School (MAMHSS) is a higher secondary school situated in Koratty, Thrissur district, Kerala, having both English and Malayalam as teaching media. The school is named after Mar Augustine Kandathil who was the first and longest serving metropolitan and head of the syro-malabar church. The school was established in the year 1945 and was known as mar Augustine School at that time and later became a high school and recently a higher secondary school. It was a non residential, Co-ed school in the beginning but in 1970 it became boy high school but was again brought back to co-ed status in recent years.