Tical 0: The Prequel is the third studio album by American rapper Method Man. The album was released on May 18, 2004, by Def Jam Recordings. The album features production from Sean "Puffy" Combs and Rockwilder, among others, as well as guest appearances from Missy Elliott, Snoop Dogg, and Ludacris. Method Man would later voice his displeasure with the album, stating "On the third LP, it was suggested to bring in Harve Pierre and P Diddy. Who am I to argue? Puff knows how to sell some records. But that wasn't the direction to go in, and I know that now." [3]

Upon its release, Tical 0: The Prequel debuted at number two on the Billboard 200 chart, and was certified gold by the RIAA on July 14, 2004. The album received mostly mixed reviews from critics who criticized its lack of cohesiveness, production, and overall sound. Since its release, the album has sold over a million copies in the United States.

Tical 0: The Prequel garnered mixed reviews from music critics who felt it lacked cohesiveness in its production and Meth's lyricism. At Metacritic, which assigns a normalized rating out of 100 to reviews from mainstream critics, the album received an average score of 51, based on 13 reviews. [4]

Chris Ryan from Spin gave praise to Meth's signature hook-filled delivery being utilized well on the various "tried-and-true rap templates" throughout the track listing, highlighting his Wu-Tang features with RZA and Ghostface Killah. [8] Vibe writer Damien Lemon found Meth's usual brand of lyrical bars to be of diminished quality and that the only things keeping the record together are the quality beats from Rick Rock, P. Diddy and Dofat, and the collaborations with Ghostface Killah ("Afterparty") and Busta Rhymes ("What's Hapennin'"). [10] AllMusic's Andy Kellman saw the album as having even lower interest to attract listeners than the similar but more ambitious Tical 2000 , criticizing the overabundance of guest artists and producers for making the listening experience feel "unfocused and disjointed, not diverse and well-rounded" despite commending Meth for retaining his charismatic personality and strong lyricism, concluding that "[A]s an MC, he's had nothing to prove for quite some time. Give or take a couple hot tracks, this release is not likely to play a significant role in his legacy." [5] Rolling Stone 's Peter Relic felt the record lacked the "astro-black ambition" that encapsulated previous Tical installments and found Meth's stoner persona devolved into a "leering grotesque of his former menacing self", saying "Tical 0 finds the thirty-three-year-old still stuck spinning doughnuts in a cul-de-sac of blunts." [7] Scott McKeating of Stylus Magazine was heavily critical towards the album, noting the "scattered production styles" and featured guests making Meth's performance feel lacklustre, and the overall concept lacking focus due to studio interference concluding that, "There’s probably an OK Tical 0 that you could Frankenstein together from the leftovers and leaks, but he wasn’t anywhere near interested or prepared to make this album; it’s a bloody mess." [9]

Credits for Tical 0: The Prequel adapted from AllMusic. [12] 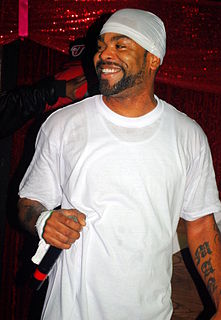 Clifford Smith, Jr., better known by his stage name Method Man, is an American rapper, songwriter, record producer, and actor. He is known as a member of the East Coast hip hop collective Wu-Tang Clan. He is also half of the hip hop duo Method Man & Redman. He took his stage name from the 1979 film Method Man. In 1996, Smith won a Grammy Award for Best Rap Performance by a Duo or Group, for "I'll Be There for You/You're All I Need to Get By", featuring American R&B singer Mary J. Blige, whom he currently stars with in Power Book II: Ghost, a spin-off of its original show Power. 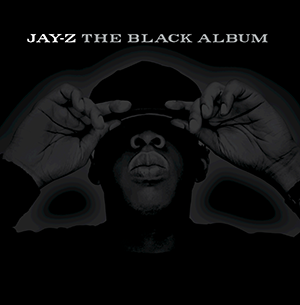 The Black Album is the eighth studio album by American rapper Jay-Z. It was released on November 14, 2003, through Roc-A-Fella Records and Def Jam Recordings. It was advertised as his final album before retiring, which is also a recurring theme throughout the songs, although Jay-Z resumed his recording career in 2006. For the album, Jay-Z wanted to enlist a different producer for each song, working with Just Blaze, Kanye West, The Neptunes, Eminem, DJ Quik, Timbaland, 9th Wonder and Rick Rubin, among others. The album also features a guest appearance by Pharrell Williams. 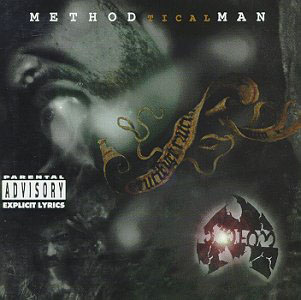 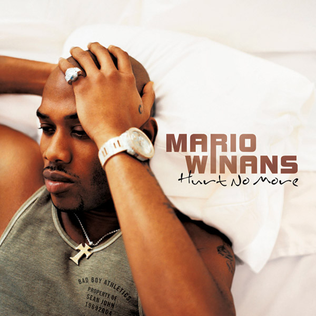 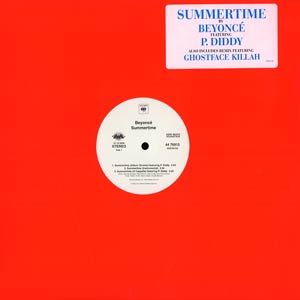 "Summertime" is a song recorded by American singer Beyoncé featuring American rapper P. Diddy. "Summertime" was written by Beyoncé, Angela Beyincé, P. Diddy, Steven "Steven J." Jordan, Adonis Shropshire, Varick "Smitty" Smith and Mario Winans, while production was handled by Winans and P. Diddy. The song was later remixed to feature vocals from American rapper Ghostface Killah. "Summertime" was included on the soundtrack album for the film The Fighting Temptations (2003), in which Beyoncé played the lead female role. The original version of the song was released as a B-side to "Crazy in Love" in the UK and Australia, while it was issued as a 12-inch vinyl single in the United States through Columbia Records. 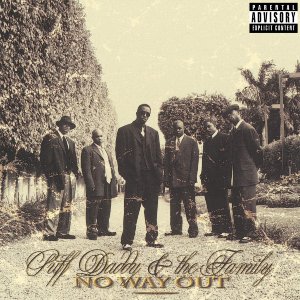 No Way Out is the debut studio album by American rapper Puff Daddy. It was released on July 22, 1997 by Arista Records and Puff Daddy's Bad Boy Records. The album's crediting of "The Family" references the guest appearances from his label-mates and other artists, where Puff Daddy initially gained recognition through his public image and work as a producer for Bad Boy. 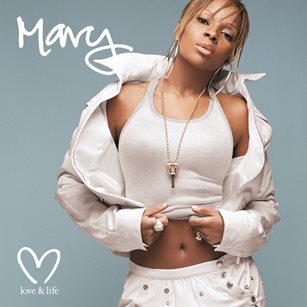 Love & Life is the sixth studio album by American R&B recording artist Mary J. Blige. It was released by Geffen Records on August 26, 2003. The album marked Blige's debut on the Geffen label, following the absorption of her former record company MCA Records. In addition, it saw her reuniting with Sean "Diddy" Combs, executive producer of her first two studio albums What's the 411? (1992) and My Life (1994), who wrote and executive produced most of Love & Life with his Bad Boy in-house production team The Hitmen, including Mario Winans, D-Dot, and Stevie J. 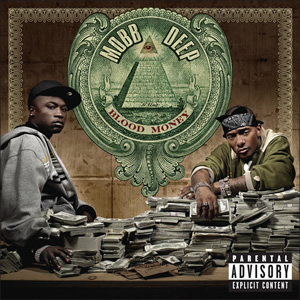 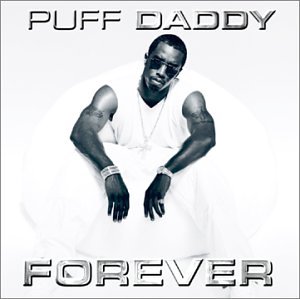 Forever is the second studio album of American hip hop recording artist Puff Daddy released on August 24, 1999 by Bad Boy Records. The album rose to No. 2 on the Billboard 200 album chart. Forever has also been certified platinum in the US by the RIAA.

I Gotta Make It is the debut studio album by American R&B recording artist Trey Songz. It was released on July 26, 2005, by Atlantic Records. 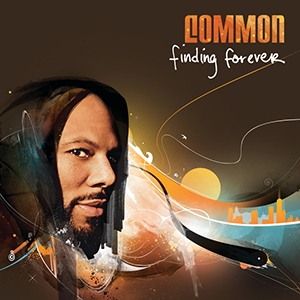 Finding Forever is the seventh studio album by Common, released on July 31, 2007, on GOOD Music and Geffen Records. Like Common's previous album, Be (2005), Finding Forever is primarily produced by Kanye West. The album debuted at the number one on the Billboard 200, selling 155,000 units in the first week, becoming Common's first chart-topper. Selling over 500,000 units in the US, it has been certified Gold. Finding Forever was nominated for a Grammy Award for Best Rap Album, losing to Kanye West's Graduation at the 50th Grammy Awards.

Nick Cannon is the debut album by American rapper Nick Cannon. It features the song "Gigolo" that reached number 9 on the US Billboard Hot Rap Songs chart and number 24 on the Hot 100 in 2004.

The discography of Method Man, an American rapper, consists of six studio albums and 34 singles. Method Man embarked on his music career in 1992, as a member of East Coast hip hop group Wu-Tang Clan. After the Wu-Tang Clan released their highly acclaimed debut album Enter the Wu-Tang (1993), Method Man would be the first member to release his solo debut album. In November 1994, he released Tical, under Def Jam Recordings. His debut album Tical, features his biggest hit single to date, "I'll Be There for You/You're All I Need to Get By", which features American R&B singer Mary J. Blige and peaked at number three on the US Billboard Hot 100. Method Man would then go on to collaborate with fellow East Coast rapper Redman, and subsequently form a duo together.

Soulstar is the third studio album by American singer Musiq Soulchild. It was released on December 9, 2003. It debuted on the Billboard 200 at number thirteen, spending 23 weeks on the chart and exiting on May 29, 2004; on the Top R&B/Hip-Hop albums chart where it peaked at number three, it spent 37 weeks, falling off on September 9, 2004. 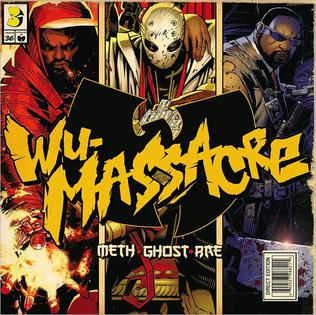 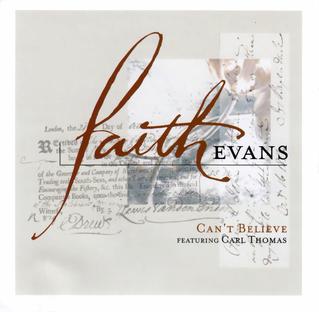 "Can't Believe" is a duet by American recording artists Faith Evans and Carl Thomas. It was written and produced by Sean Combs and Mario Winans for Evans' third studio album Faithfully (2001) and is built around a sample of "Phone Tap" as performed by The Firm and penned by Nas, Anthony Cruz, Chris Taylor, Jermaine Baxter, and Dr. Dre.

Rebellious Soul is the debut studio album by American singer-songwriter K. Michelle. The album was released on August 13, 2013, by Atlantic Records. Its songs were mostly co-written and co-composed by Michelle and Bianca Atterberry. Other artists who collaborated on the album include Tank, Priscilla Renea, Meek Mill, Jack Splash and Barry White. Musically, Rebellious Soul was inspired by Michelle's love for emotional ballads, and the 1970s and 1980s eras in music. She incorporated different combinations of musical genres, including electronic, R&B, hip hop, soul and gospel, for the album's songs. 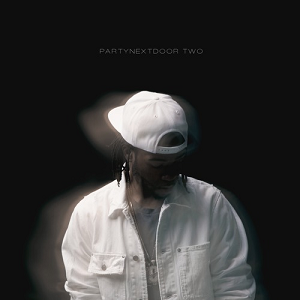 PartyNextDoor Two is the debut studio album by Canadian recording artist PartyNextDoor. It was released on July 29, 2014, by OVO Sound and Warner Records. The record was supported by the promotional singles: "Her Way" and "Recognize" featuring Drake, which were respectively released on June 13 and July 15, 2014.

Vivid is the fifth studio album by American contemporary R&B singer Vivian Green, released August 7, 2015. It is Green's first album released on Kwamé's record label Make Noise Records ; and was produced by Kwamé, and G Syier Hawkins Brown As of November 2015, the album has not charted on the Billboard 200 but has reached #10 on the Billboard R&B chart.