Last updated January 20, 2023
Not to be confused with Transdev Sydney or Transdev Shorelink.

With origins tracing back to February 1935, Transdev NSW was renamed from Veolia Transport NSW in July 2013 after the global rebranding of its parent company Veolia Transdev to simply Transdev. During this time, Transdev Shorelink, another Transdev bus operation in Sydney, was absorbed into Transdev NSW.

Between November and December 2022, after a competitive tendering process, Transdev NSW was unsuccessful in retaining all of its existing bus operations. Its operations will be taken by other bus companies and Transdev NSW will cease to be a public bus operator in August 2023. However, it will still continue to operate charter bus operations.

The origins of the company that is now Transdev NSW can be traced back to February 1935 when GH Ramsay commenced a bus service between Sutherland station and Woronora River. It was sold to Mayman Brothers in 1948 and Doug and Barry Smith in 1966 trading as Woronora Bus Company. Following the opening of the Alfords Point Bridge in September 1973 the service was extended to Padstow station. The operation was renamed Menai Bus Service. [1]

In August 1988, Menai Bus Service was purchased by Ron Deane who at the time operated Deanes Coaches on the North Shore. In March 1989 the Hurstville to Bankstown and Lugarno services of Peakhurst Coaches were purchased, although the latter was sold in August 1989 to Punchbowl Bus Company. [2] [3] In July 1989, the business of Hadfields Bus Lines, Engadine was purchased and at this point, all the operations were rebranded as Southtrans. [1] [4] In October 1990, three routes were transferred from South Western Coach Lines, [5] followed in December 1990 by two routes from Sutherland Bus Service. [6]

Other bus companies subsequently acquired were: [1]

In September 1999, Southtrans was sold to French transport company Connex (a subsidiary of the then Vivendi Environnement, now Veolia Environnement) and became Connex Southtrans. [1] [17] It was renamed to Connex NSW in 2002. [18] In January 2005, the Granville and Bankstown routes of Baxter's Bus Lines were transferred to Connex and Transit First and became part of Region 13. [19]

In April 2006, the company was renamed Veolia Transport NSW as part of a global re-branding exercise of the company. [20] Soon after, Veolia undertook a re-organisation and simplification of its route services across Region 13 in September 2006 and Region 10 in November 2007. However, many of the altered Region 10 bus routes were later restored to their original state due to a severe decline in passenger numbers and high levels of passenger complaints. The idea to make bus services "straighter" did not have a welcome reception with passengers who preferred convenience as opposed to speed for the sake of it on shorter routes.

In February 2007, Veolia bought out its Region 13 partner Transit First which included the transfer of 86 buses, 15 routes and the lease on the current Bankstown Airport depot. [11] [12] This purchase also saw Veolia move their head office from Taren Point to Bankstown Airport. In January 2009, Region 11 operator Crowthers was purchased [13] followed in October 2011 by fellow Region 11 operator Caringbah Bus Service. [14]

Between November and December 2022, Transdev NSW was not awarded new contracts for all its three bus regions. Region 10 services will be taken over by U-Go Mobility in July 2023, Region 12 services taken over by CDC NSW in April 2023, and Region 13 services taken over by Transit Systems NSW on 6 August 2023. [22] [23] [24] After that, Transdev NSW will cease to exist as a public bus operator but will remain as a charter bus operator. Transdev's other operations in Sydney such as Transdev John Holland (buses in Eastern Suburbs), Transdev Sydney Ferries and Transdev Sydney (light rail) will continue as usual.

Transdev NSW operates the Region 10, 12 and 13 commuter bus services under contract to Transport for NSW. [25] [26] [27] Regions 10 services were operated by the company (then Connex) since the early 2000s. Region 11 and 13 services became fully operated by the company after the acquisition of other bus companies such as Transit First in the late 2000s and early 2010s. As a result, the smaller Region 11 was merged into the larger neighbouring Region 10. Transdev NSW also took responsibility for Transdev Shorelink routes in Region 12 in 2014, resulting in Transdev NSW operating in both northern and southern Sydney.

In November 2012, Transdev Shorelink retained the contract to operate Region 12, [28] [29] and this contract was passed on to Transdev NSW in 2014. Also in January 2013, Veolia were granted seven year extensions to their Region 10 and 13 contracts. [30] In November 2022, the contract for Region 12 was awarded to rival operator ComfortDelGro Australia. Existing services operated by Transdev NSW will be taken over by CDC NSW in May 2023. [31]

Transdev jointly operated the temporary North West Night Bus (NW1 & NW2) with Hillsbus from May 2019 until November 2019. [32] [33] The bus service stopped at stations along the Metro North West Line on Sunday to Wednesday nights. Transdev also used to operate the Station Link services (SLx series) between September 2018 and May 2019, while the Epping to Chatswood rail link was closed for upgrading and conversion to Sydney Metro Northwest. [34] The Station Link stopped at Epping, Chatswood, Macquarie Park, Eastwood, Macquarie University, Beecroft and St Leonards stations. Like the North West Night Bus, it was jointly operated with Hillsbus. [35]

As of July 2022, the fleet consists of 462 buses. [36] Most of the buses have white liveries. The fronts of the older white buses were originally yellow and were repainted when the company was rebranded as Veolia in April 2006. Buses dedicated to the Metrobus operation (54 as of July 2022) have a red livery applied, there was also dedicated free shuttle bus liveries though this was later removed. Since 2010 the Transport for NSW white and blue livery progressively began to be applied to the bus fleet. 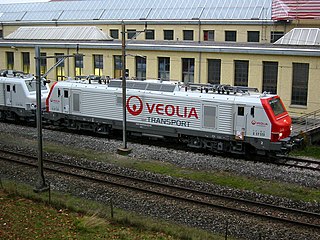 Veolia Transport was the international transport services division of the French-based multinational company Veolia until the 2011 merger that gave rise to Veolia Transdev, later renamed to Transdev. Veolia Transport traded under the brand names of Veolia Transportation in North America and Israel, Veolia Transport, Veolia Verkehr in Germany and with the former name Connex preserved in Lebanon, Melbourne and Jersey.

Transdev was an international public transport group based in Issy-les-Moulineaux near Paris, France, and operating in several countries. Originally created as Société centrale pour l'équipement du territoire in 1955 and developing transportation activities since 1973, Transdev was a subsidiary Caisse des Dépôts et Consignations, a French state-owned financial institution. On 3 March 2011, the group merged with Veolia Transport, one of its main competitors, into Veolia Transdev. During 2013, Veolia Transdev was renamed Transdev, recognising the planned withdrawal of Veolia Environnement from ownership of the group.

The State Transit Authority of New South Wales, also referred to as State Transit, was an agency of the Government of New South Wales operating bus services in Sydney. Superseding the Urban Transit Authority in 1989, it was also responsible for the provision of ferry services in Sydney until 2004 and bus and ferry services in Newcastle until 2017. It ceased trading after 2 April 2022 with its remaining operations to be contracted out by Transport for NSW to replacement operators.

Transdev WA is an Australian bus company operating Transperth bus services under contract to the Public Transport Authority. It is a subsidiary of Transdev Australasia. 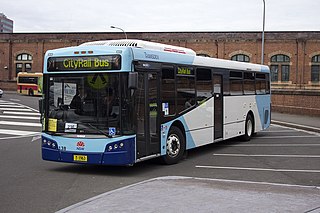 Crowthers is an Australian coach charter coach company in Sydney. Until January 2009 it operated route bus services in the Sutherland Shire.

Transit First was an Australian bus company operating in the south-western suburbs of Sydney. 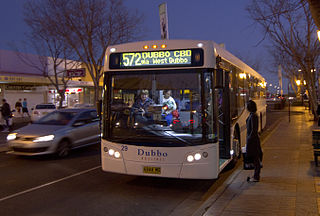 The Sydney Metropolitan Bus Service Contracts are contracts issued by the Government of New South Wales to metropolitan bus operators in Sydney, Australia. Since 2005, the government has moved from individual contracts with operators to larger contract regions, leading to the consolidation of bus operators.

TransdevTSL, formerly MetroLink, was a 50/50 joint venture between the old Transdev and Transfield Services that operated trams in Melbourne, ferries in Brisbane and buses in Sydney. The joint venture was dissolved in December 2010 when Transfield Services sold its shares to Transdev. These three operations were the old Transdev's only Australian operations. Two of them would later be taken over by Veolia Transdev, formed from the merger of old Transdev and Veolia Transport in March 2011.

Transdev, formerly Veolia Transdev, is a French-based international private-sector company which operates public transport. It has operations in 17 countries and territories as of November 2020.

Sydney, Australia is served by a number of bus operators, with Busways the largest privately owned operator in New South Wales as of January 2022 when the company took-over the NSW government's State Transit Authority. Other major operators include CDC, Transdev and Transit Systems. Most services are provided as part of the city's integrated public transport system, with routes, fares, service levels, fleet specifications and customer service standards determined by Transport for NSW. A small number of services operate outside of this network.