Ukraine at the 2000 Summer Olympics

M = Medal race; EL = Eliminated – did not advance into the medal race; CAN = Race cancelled

Ukraine competed at the 2004 Summer Olympics in Athens, Greece, from 13 to 29 August 2004. This was the nation's third consecutive appearance at the Summer Olympics in the post-Soviet era. The National Olympic Committee of Ukraine sent the nation's largest ever delegation to these Games. A total of 240 athletes, 125 men and 115 women, took part in 21 sports. Women's handball was the only team-based sport in which Ukraine had its representation at these Games for the first time. There was only a single competitor in modern pentathlon and taekwondo.

The Unified Team at the 1992 Summer Olympics in Barcelona, Spain, was a joint team consisting of twelve of the fifteen former Soviet Union republics that chose to compete together. Estonia, Latvia, and Lithuania competed separately. The team has been informally called the Commonwealth of Independent States team, though Georgia was not yet a member of the CIS when it competed as part of the Unified Team. It competed under the IOC country code EUN. A total of 475 competitors, 310 men and 165 women, took part in 234 events in 27 sports.

Ukraine competed in the Summer Olympic Games as an independent nation for the first time at the 1996 Summer Olympics in Atlanta, United States. Previously, Ukrainian athletes competed for the Unified Team at the 1992 Summer Olympics. 231 competitors, 146 men and 85 women, took part in 148 events in 21 sports. 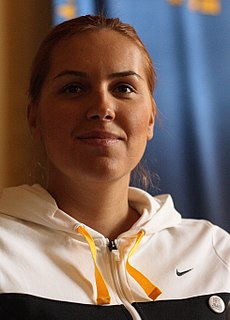 Yana Oleksandrivna Klochkova is a Ukrainian swimmer, who has won five Olympic medals in her career, with four of them being gold. She is Merited Master of Sports (1998), Hero of Ukraine (2004) and the most awarded Olympian from Ukraine.

Ukraine competed in the 2008 Summer Olympics. The country repeated its 2004 performance in terms of total medals, but its gold medal haul fell slightly from 8 to 7.

Ukraine sent a delegation to compete at the 2008 Summer Paralympics in Beijing. 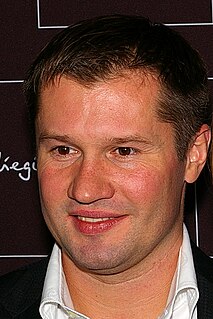 The men's individual all-around competition was one of eight events for male competitors in artistic gymnastics at the 2000 Summer Olympics in Sydney. The qualification and final rounds took place on September 16 and 20 at the Sydney SuperDome. There were 97 competitors from 32 nations. Each nation could enter a team of 6 gymnasts or up to 2 individual gymnasts. The event was won by Alexei Nemov of Russia, the nation's first victory in the event. Nemov, with a silver medal in 1996, became the 12th man to earn multiple medals in the all-around. Yang Wei of China took silver. Oleksandr Beresch earned bronze, Ukraine's first medal in the event.

Ukraine competed at the 2012 Summer Olympics in London, from July 27 to August 12, 2012. This was the nation's fifth consecutive appearance at the Summer Olympics in the post-Soviet era. The National Olympic Committee of Ukraine sent a total of 238 athletes, split equally between men and women, to compete in 21 sports.

Ukraine competed at the 2020 Summer Olympics in Tokyo. Originally scheduled to take place from 24 July to 9 August 2020, the Games were postponed to 23 July to 8 August 2021, due to the worldwide COVID-19 pandemic. It was the nation's seventh consecutive appearance at the Summer Olympics in the post-Soviet era with its smallest representation ever.