The committee was created in 1970 to transfer responsibilities for veterans from the Finance and Labor committees to a single panel. From 1947 to 1970, matters relating to veterans compensation and veterans generally were referred to the Committee on Finance, while matters relating to the vocational rehabilitation, education, medical care, civil relief, and civilian readjustment of veterans were referred to the Committee on Labor and Public Welfare. [1]

Congressional legislation affecting veterans changed over the years. For the members of the armed forces and their families in the nation's early wars – the Revolutionary War, the War of 1812, the Mexican War, the Civil War and the Spanish–American War – the response of the federal government had been essentially financial. This was clearly the legislative mission of the Senate Committee on Pensions which was created as one of the Senate's original standing committees in 1816 and continued until its termination in the Legislative Reorganization Act of 1946. [1]

During World War I the nature of the congressional response to veterans' needs changed towards a more diversified set of programs. A war risk insurance program, which was referred to the Senate Finance Committee, changed the consideration of veterans benefits in the Senate. The Finance Committee was the Senate standing committee most responsible for veterans programs from 1917 to 1946. After World War II, the Finance Committee handled the Servicemen's Readjustment Act of 1944, the GI Bill of Rights, which extended to servicemen and their families, a number of benefits including unemployment assistance, education, vocational training, housing and business loan guarantees, as well as the traditional medical and pension benefits of previous times. Many experts believe this law was one of the most important elements in the expansion of the middle class following World War II. [1]

According to committee members' official online biographies, two of the eighteen members are veterans: Richard Blumenthal and Dan Sullivan.

Chairs of the Senate Committee on Veterans' Affairs, 1971–present

The Servicemen's Readjustment Act of 1944, commonly known as the G.I. Bill, was a law that provided a range of benefits for some of the returning World War II veterans. The original G.I. Bill expired in 1956, but the term "G.I. Bill" is still used to refer to programs created to assist some of the U.S. military veterans. 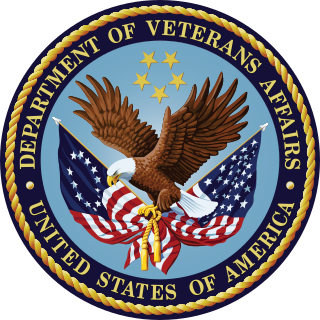 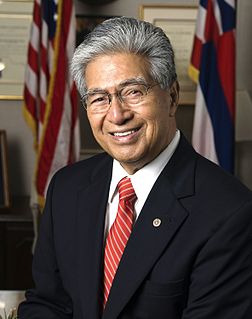 The Committee on Armed Services is a committee of the United States Senate empowered with legislative oversight of the nation's military, including the Department of Defense, military research and development, nuclear energy, benefits for members of the military, the Selective Service System and other matters related to defense policy. The Armed Services Committee was created as a result of the Legislative Reorganization Act of 1946 following U.S. victory in the Second World War. The bill merged the responsibilities of the Committee on Naval Affairs and the Committee on Military Affairs.

The United States Senate Committee on Finance is a standing committee of the United States Senate. The Committee concerns itself with matters relating to taxation and other revenue measures generally, and those relating to the insular possessions; bonded debt of the United States; customs, collection districts, and ports of entry and delivery; deposit of public moneys; general revenue sharing; health programs under the Social Security Act and health programs financed by a specific tax or trust fund; national social security; reciprocal trade agreements; tariff and import quotas, and related matters thereto; and the transportation of dutiable goods. It is considered to be one of the most powerful committees in Congress.

The U.S. Senate Select Committee on Ethics is a select committee of the United States Senate charged with dealing with matters related to senatorial ethics. It is also commonly referred to as the Senate Ethics Committee. Senate rules require the Ethics Committee to be evenly divided between the Democrats and the Republicans, no matter who controls the Senate, although the chairman always comes from the majority party. The leading committee member of the minority party is referred to as Vice Chairman rather than the more common Ranking Member.

Edith Nourse Rogers was an American social welfare volunteer and politician who served in the United States Congress. She was the first woman elected to Congress from Massachusetts. Until 2012, she was the longest serving Congresswoman and was the longest serving female Representative until 2018. In her 35 years in the House of Representatives she was a powerful voice for veterans and sponsored seminal legislation, including the Servicemen's Readjustment Act of 1944, which provided educational and financial benefits for veterans returning home from World War II, the 1942 bill that created the Women's Army Auxiliary Corps (WAAC), and the 1943 bill that created the Women's Army Corps (WAC). She was also instrumental in bringing federal appropriations to her constituency, Massachusetts's 5th congressional district. Her love and devotion to veterans and their complex needs upon returning to civilian life is represented by the Edith Nourse Rogers Memorial Veterans Hospital in Bedford Massachusetts that is named in her honor.

Consolidated and Further Continuing Appropriations Act, 2013 was a bill passed by the United States House of Representatives of the 113th United States Congress. The bill prevented a government shutdown and funded the federal government through September 30, 2013 as it replaced a continuing resolution which expired on March 27, 2013.

The Board of Veterans' Appeals (BVA) is an administrative tribunal within the United States Department of Veterans Affairs (VA), located in Washington, D.C. It determines whether U.S. military veterans are entitled to claimed veterans' benefits and services. The Board's mission is to conduct hearings and decide appeals properly before the Board in a timely manner. The Board's jurisdiction extends to all questions in matters involving a decision by the Secretary under a law that affects a provision of benefits by the Secretary to Veterans, their dependents, or their Survivors. Final decision on such appeals are made by the Board based on the entire record in the proceedings and upon consideration of all evidence and applicable provisions of law and regulation. The Board's review is de novo.

H.R. 2189 is a bill creating a task force in the United States Department of Veterans Affairs that would be responsible for evaluating the backlog of veterans' disability claims. The task force would look at the current method of processing them, the appeals process, and related laws and regulations, then make their own recommendations on how to improve the process. The Secretary of Veterans Affairs would be required to either implement all or some of their recommendations and justify any not implemented to Congress. The bill was introduced into the United States House of Representatives during the 113th United States Congress.