Last updated May 27, 2021
Fixed verse form; nineteen-line poetic form consisting of five tercets followed by a quatrain
This article is about the poetic form. For the fictional character in Killing Eve, see Villanelle (character). For other uses, see Villanelle (disambiguation).

A villanelle, also known as villanesque, [1] is a nineteen-line poetic form consisting of five tercets followed by a quatrain. There are two refrains and two repeating rhymes, with the first and third line of the first tercet repeated alternately at the end of each subsequent stanza until the last stanza, which includes both repeated lines. The villanelle is an example of a fixed verse form. The word derives from Latin, then Italian, and is related to the initial subject of the form being the pastoral.

The form started as a simple ballad-like song with no fixed form; this fixed quality would only come much later, from the poem "Villanelle (J'ay perdu ma Tourterelle)" (1606) by Jean Passerat. From this point, its evolution into the "fixed form" used in the present day is debated. Despite its French origins, the majority of villanelles have been written in English, a trend which began in the late nineteenth century. The villanelle has been noted as a form that frequently treats the subject of obsessions, and one which appeals to outsiders; its defining feature of repetition prevents it from having a conventional tone.

The word villanelle derives from the Italian villanella, referring to a rustic song or dance, [2] and which comes from villano, meaning peasant or villein. [3] Villano derives from the Medieval Latin villanus, meaning a "farmhand". [4] The etymology of the word relates to the fact that the form's initial distinguishing feature was the pastoral subject. [2]

The villanelle originated as a simple ballad-like song—in imitation of peasant songs of an oral tradition—with no fixed poetic form. These poems were often of a rustic or pastoral subject matter and contained refrains. [5] [6] Prior to the nineteenth century, the term would have simply meant country song, with no particular form implied—a meaning it retains in the vocabulary of early music. [7] According to Julie Kane, the refrain in each stanza indicates that the form descended from a "choral dance song" wherein a vocal soloist—frequently female—semi-improvised the "unique" lyrics of each stanza, while a ring of dancers—all female, or male and female mixed—chimed in with the repetitive words of the refrain as they danced around her in a circle." [8]

The fixed-form villanelle, containing the nineteen-line dual-refrain, derives from Jean Passerat's poem "Villanelle (J'ay perdu ma Tourterelle)", published in 1606. [10] The New Princeton Encyclopedia of Poetry and Poetics (1993) suggests that this became the standard "villanelle" when prosodists such as César-Pierre Richelet based their definitions of the form on that poem. [2] This conclusion is refuted by Kane, however, who argues that it was instead Pierre-Charles Berthelin's additions to Richelet's Dictionnaire de rimes that first fixed the form, followed a century later by the poet Théodore de Banville; [11] his creation of a parody to Passerat's "J'ay perdu ..." would lead Wilhelm Ténint and others to think that the villanelle was an antique form. [12]

Despite its classification and origin as a French poetic form, by far the majority of villanelles have been written in English. [6] Subsequent to the publication of Théodore de Banville's treatise on prosody "Petit traité de poésie française" (1872), the form became popularised in England through Edmund Gosse and Austin Dobson. [13] Gosse, Dobson, Oscar Wilde, Andrew Lang and John Payne were among the first English practitioners—theirs and other works were published in Gleeson White's Ballades and Rondeaus, Chants Royal, Sestinas, Villanelles, &c. Selected (1887), [14] which contained thirty-two English-language villanelles composed by nineteen poets. [15]

Most modernists disdained the villanelle, which became associated with the overwrought formal aestheticism of the 1890s, i.e., the decadent movement in England. [16] In his 1914 novel A Portrait of the Artist as a Young Man , James Joyce includes a villanelle written by his protagonist Stephen Dedalus. [16] William Empson revived the villanelle more seriously in the 1930s, [17] and his contemporaries and friends W. H. Auden and Dylan Thomas also picked up the form. [18] Dylan Thomas's "Do not go gentle into that good night" is perhaps the most renowned villanelle of all. Theodore Roethke and Sylvia Plath wrote villanelles in the 1950s and 1960s, [18] and Elizabeth Bishop wrote a particularly famous and influential villanelle, "One Art," in 1976. The villanelle reached an unprecedented level of popularity in the 1980s and 1990s with the rise of the New Formalism. [19] Since then, many contemporary poets have written villanelles, and they have often varied the form in innovative ways; in their anthology of villanelles (Villanelles), Annie Finch and Marie-Elizabeth Mali devote a section entitled "Variations on the Villanelle" to such innovations. [20]

With reference to the form's repetition of lines, Philip K. Jason suggests that the "villanelle is often used, and properly used, to deal with one or another degree of obsession" [23] citing Sylvia Plath's "Mad Girl's Love Song" amongst other examples. He notes the possibility for the form to evoke, through the relationship between the repeated lines, a feeling of dislocation and a "paradigm for schizophrenia". [23] This repetition of lines has been considered to prevent villanelles from possessing a "conventional tone" [24] and that instead they are closer in form to a song or lyric poetry. [24] Stephen Fry opines that the villanelle "is a form that seems to appeal to outsiders, or those who might have cause to consider themselves as such", having a "playful artifice" which suits "rueful, ironic reiteration of pain or fatalism". [25] (In spite of this, the villanelle has also often been used for light verse, as for instance Louis Untermeyer's "Lugubrious Villanelle of Platitudes". [26] [27] )

On the relationship between form and content, Anne Ridler notes in an introduction to her own poem "Villanelle for the Middle of the Way" a point made by T. S. Eliot, that "to use very strict form is a help, because you concentrate on the technical difficulties of mastering the form, and allow the content of the poem a more unconscious and freer release". [28] In an introduction to his own take on the form, entitled "Missing Dates", William Empson suggests that while the villanelle is a "very rigid form", nonetheless W. H. Auden—in his long poem The Sea and the Mirror —had "made it sound absolutely natural like the innocent girl talking". [29]

A sestina is a fixed verse form consisting of six stanzas of six lines each, normally followed by a three-line envoi. The words that end each line of the first stanza are used as line endings in each of the following stanzas, rotated in a set pattern.

Rhyming scheme is the pattern of rhymes at the end of each line of a poem or song. It is usually referred to by using letters to indicate which lines rhyme; lines designated with the same letter all rhyme with each other.

"Do not go gentle into that good night" is a poem in the form of a villanelle by Welsh poet Dylan Thomas (1914–1953); it has been described as his most famous work. Though first published in the journal Botteghe Oscure in 1951, the poem was written in 1947 while Thomas visited Florence with his family. Subsequent publication, along with other Thomas works, include In Country Sleep, And Other Poems (1952) and Collected Poems, 1934–1952. 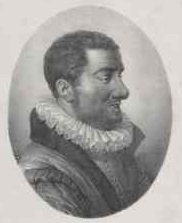 Jean Passerat was a 16th-century French political satirist and poet.

"Mad Girl's Love Song" is a poem written by Sylvia Plath in villanelle form that was published in 1953, ten years before her death by suicide. She wrote this poem while attending Smith College and described it as being one of her favorite poems that she had written. "Mad Girl's Love Song" was originally published in Mademoiselle, a New York based magazine geared toward young women. This poem was first formally published during the same month of her first suicide attempt. 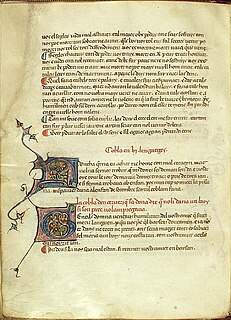 In Old Occitan literature, a tornada refers to a final, shorter stanza that appears in lyric poetry and serves a variety of purposes within several poetic forms. The word tornada derives from the Old Occitan in which it is the feminine form of tornat, a past participle of the verb tornar. It is derived from the Latin verb tornare.

Fixed verse forms are a kind of template or formula that poetry can be composed in. The opposite of fixed verse is free verse poetry, which by design has little or no pre-established guidelines. 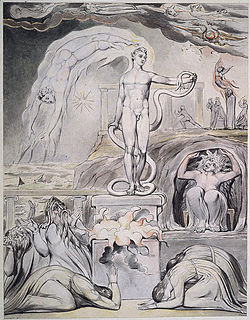 On the Morning of Christ's Nativity is a nativity ode written by John Milton in 1629 and published in his Poems of Mr. John Milton (1645). The poem describes Christ's Incarnation and his overthrow of earthly and pagan powers. The poem also connects the Incarnation with Christ's Crucifixion.

The paradelle is a modern poetic form which was invented by United States Poet Laureate Billy Collins as a parody of the villanelle.

"One Art" is a poem by American poet Elizabeth Bishop, originally published in The New Yorker in 1976. Later that same year, Bishop included the poem in her book Geography III, which includes other works such as "In the Waiting Room" and "The Moose". It is considered to be one of the best villanelles in the English Language, and is compared to the works of W.H. Auden, Dylan Thomas, Theodor Roethke, Sylvia Plath, and more.