The 2013 European Rallycross Championship was the thirty seventh season of the FIA European Championships for Rallycross Drivers. The season consisted of nine rounds and started on 31 March with the British round at Lydden Hill Race Circuit. The season ended on 21 September, at Germany at Estering. [1] 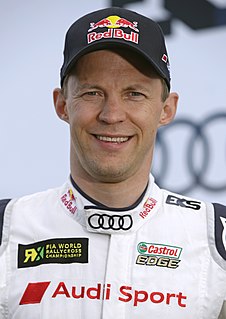 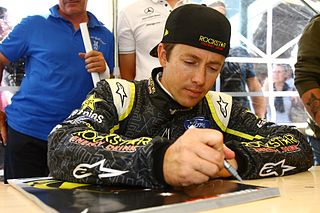 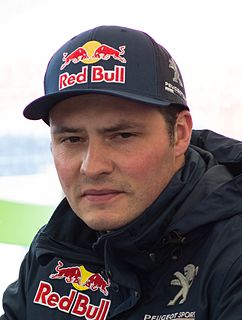 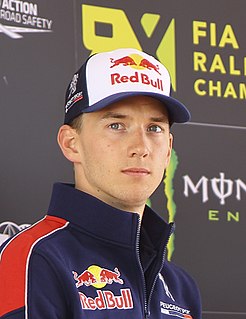 Anton Marklund is a Swedish racecar driver who won the 2017 FIA European Rallycross Championship. He has competed most of his career for his father's team Marklund Motorsport.

The 2017 FIA European Rallycross Championship was the 42nd season of the FIA European Championships for Rallycross Drivers. The season consisted of nine rounds across three categories; Supercar, Super1600 and TouringCar. The season commencing on 1 April with the Spanish round at the Circuit de Barcelona-Catalunya, and culminating on 1 October in Germany at the Estering.