Last updated December 27, 2019
For the international school in Cairo with the acronym AISE, see American International School in Egypt.

The Agenzia Informazioni e Sicurezza Esterna (in Italian: External Intelligence and Security Agency), commonly known as AISE and formerly known as SISMI , is the foreign intelligence service of Italy. Operating outside Italy the organisation protects Italy's regional interests mainly through the use of HUMINT (Human intelligence). Counterparts in other countries include the UK's MI6, the United States' CIA, Germany's BND, and France's DGSE.

The agency is currently headed by General Luciano Carta.

Since the end of World War II, Italian intelligence agencies have been reorganized many times:

in an attempt to increase their effectiveness and bring them more fully under civilian control.

AISE was founded in 2007 with the reform of the intelligence agencies provided by the Italian 3 August 2007, n. 124 law: new agencies were formed as the Department of Information Security (DIS) and the Homeland Security and Information Agency (AISI).

The reform drastically changed the structure of Italian intelligence, as compared to the 24 October 1977, n. 801 law, it now does not divide the responsibilities between civilian and military structures (i.e. SISDE and SISMI), but along territorial spheres of competence:

aligning Italy with how other countries arrange their services. By law, it is a similar case with the Central Intelligence Agency in the U.S.[ citation needed ]

The Agency as provided by Article 6 of law 124/2007, has the task of researching and developing all the necessary information to defend the independence, integrity and security of Italy from threats from abroad, including in implementation of international agreements. AISE also performs activities in the field of counter-proliferation of nuclear materials or materials found to be strategic, and information activities for security outside Italian national territory, to protect Italian political, military, economic, scientific and industrial interests, as well as detecting outside the national territory espionage activities directed against Italy and activities aimed at damaging national interests.

AISE can perform operations only outside Italian national territory, as well as Italian embassies abroad. In fact, law expressly forbids AISE to operate in Italy, except if this is strictly necessary for the conduct of its operations. In this case, the rule requires that the operations in the country are only to be done in collaboration with the AISI and the Director General of the DIS shall ensure the necessary forms of coordination and linkage information in order to avoid overlapping of functions or territory.

124/2007 provides that AISE responds to the President of the Council of Ministers, as the authority entrusted with senior management and overall responsibility for information policy for Italian security. Nevertheless, the AISE shall promptly and continuously work with the Ministry of Defence, the Ministry of Foreign Affairs and the Ministry of the Interior.

The same 2007 law recognizes the Department of Information and Security of the Defence Staff (RIS) which relies on "tasks of general information, technical military and military police, and in particular any business information useful in order to protect principals and the activities of the Armed Forces abroad. The RIS operates in close liaison with the AISE."

AISE and the RIS compete exclusive areas of general intelligence and counterintelligence in particular.

Servizio per le Informazioni e la Sicurezza Militare was the military intelligence agency of Italy from 1977–2007.

AISI can refer to: 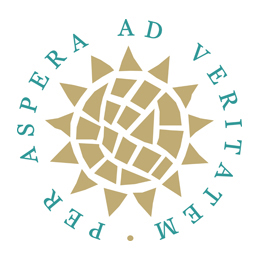 The Nucleo Operativo Centrale di Sicurezza(NOCS) is the police tactical unit of the Polizia di Stato, one of Italy's national police forces. It operates under the command of the Direzione Centrale della Polizia di Prevenzione.

Comitato Esecutivo per i Servizi di Informazione e Sicurezza was an Italian government committee whose mission was the coordination of all the intelligence sector, and specifically between the two civilian and military intelligence agencies, with the aim to report all the relevant information collected by it to the political Authorities, represented by the Presidency of the Council of Ministers.

Military Intelligence and Security Service can refer to

RIS may refer to:

The Abu Omar Case was the abduction and transfer to Egypt of the Imam of Milan Hassan Mustafa Osama Nasr, also known as Abu Omar. The case was picked by the international media as one of the better-documented cases of extraordinary rendition carried out in a joint operation by the United States' Central Intelligence Agency (CIA) and the Italian Military Intelligence and Security Service (SISMI) in the context of the "global war on terrorism" declared by the Bush administration.

Comitato Parlamentare di Controllo per i Servizi di Informazione e Sicurezza e per il Segreto di Stato, is a body of the Italian Parliament deputed to survey and oversee the activities of the Italian intelligence agencies.

Bruno Branciforte is an Italian admiral. He was Chief of Staff of the Italian Navy from 23 February 2010 to 2 March 2012 and he succeeded to Nicolò Pollari as the last head of the Italian Military Intelligence and Security Service (SISMI), nominated by Prime Minister Romano Prodi, from 21 November to 2006 to 3 August 2007 when the Agency was dissolved and transformed into the Italian External Intelligence and Security Agency (AISE). He was also the first director of AISE from 4 August 2007 to 4 February 2010.

The Agenzia Informazioni e Sicurezza Interna, commonly known as AISI, is the security agency of Italy. The AISI is the successor of the Servizio per le Informazioni e la Sicurezza Democratica (SISDE) which was disbanded, and replaced by Dipartimento delle Informazioni per la Sicurezza, after the Act of August 3, 2007 No 124 which restructured the Italian intelligence community. Article 6 of this act clearly prohibits the agency from conducting operations outside Italy.

The Dipartimento delle Informazioni per la Sicurezza is a department of the Presidency of the Council of Ministers of Italy, instituted in 2007 as part of the reform of the Italian security services. It is currently headed by General Gennaro Vecchione, the successor to Prefect Alessandro Pansa.

Fulvio Martini was an Italian Navy admiral and intelligence officer. He was the head of Military Security and Intelligence between 5 May 1984 and 26 February 1991.