Aldea del Obispo is a village and municipality in the province of Salamanca, western Spain, part of the autonomous community of Castile-Leon.

The local economy is dominated by agriculture primarily the growth of herbs.

Aldea del Obispo generated much emigration to Latin America. Many families well known today in Brazil and other Latin American countries hail from Aldea del Obispo. Among well known descendant of family originally from Aldea del Obispo is The Baron Camilo Agasim-Pereira of Fulwood and Dirleton, whose partenal great-grandparents Hemeterio and Maria Martin y Martin immigrated to Brazil in 1901 from the village they trace their roots in the village to Juan Calderon and Ana Sanchez who lived in the area around 1660. 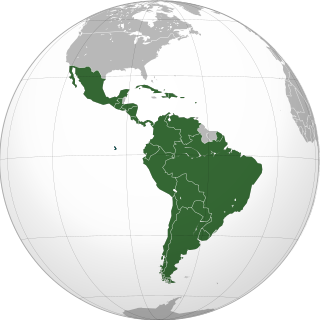 Latin America is a group of countries and dependencies in the Western Hemisphere where Romance languages such as Spanish, Portuguese, and French are predominantly spoken. However, it is often used as a synonym for Ibero-America or Hispanic America in categorizing the New World, thus excluding Latin-language speaking territories such as Quebec. The term is recent in origin and comes from the fact that the predominant languages of the countries originated with the Latin language.

Myra Landau was an artist and abstract painter involved in art research. Born in Bucharest, Romania, she was known largely for the work she made in Brazil, then Mexico for many years and later in Italy, Israel and The Netherlands.

The indigenous peoples of the Caribbean included the Taíno, the Island Caribs of the Lesser Antilles, and the Guanahatabey of western Cuba. 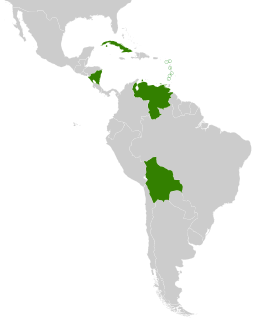 Pere Casaldàliga i Pla, known in Portuguese as Pedro Casaldáliga, was a Catalan-born Brazilian prelate of the Catholic Church who led the Territorial Prelature of São Félix, Brazil, from 1970 to 2005. A bishop since 1971, Casaldàliga was one of the best-known exponents of liberation theology. He received numerous awards, including the Catalonia International Prize in 2006. He was a forceful advocate in support of indigenous peoples and published several volumes of poetry. 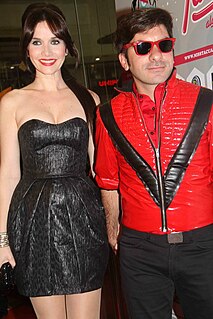 San Martín de Valdeiglesias is a town of Comunidad de Madrid with a population is 8,190 people. 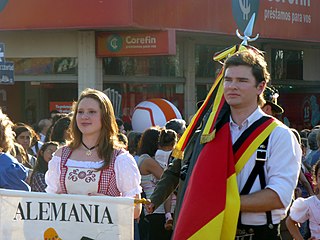 Nickelodeon is a Latin American pay television channel, counterpart of the American network of the same name. It is owned by ViacomCBS Networks Americas and was launched on 20 December 1996. Aside from airing Nick and Nick Jr. content, it has produced original programming for the channel and has been sold to local distributors worldwide.

La Aldea del Obispo is a municipality located in the province of Cáceres, Extremadura, Spain. According to the 2006 census (INE), the municipality has a population of 368 inhabitants.

Obispo may refer to:

Aldea is a Spanish word meaning "hamlet". It may refer to:

Cloverway Inc. was a media licensing agency based in Long Beach, California which specialized in Japanese animation and Manga licensing, and they were best known for being the representative office of Toei Animation for the Americas, mostly distributing Toei properties for syndication and home video. They were also acting as an intermediary agent between Japanese companies and local companies both in the U.S. market and Latin American market, for film distribution or manga publishing of their contents in the continent, to various TV channels in each country, regionally and pan-regionally as well as arranging publishing deals with several Manga publishers in English, Brazilian Portuguese and Spanish.

The Spanish diaspora consists of Spanish people and their descendants who emigrated from Spain. The diaspora is concentrated in places that were part of the Spanish Empire. Countries such as Argentina, Bolivia, Chile, Colombia, Costa Rica, Cuba, Dominican Republic, Ecuador, El Salvador, Guatemala, Honduras, Mexico, Nicaragua, Panama, Paraguay, Peru, Uruguay, Venezuela, and, to a lesser extent, Brazil, Belize, Haiti, the United States, Canada and the rest of Europe.

Mariana Ingold is a composer, instrumentalist, singer and teacher belonging to the movement of Uruguayan music, Mariana has been active as an artist since 1977 in Uruguay and internationally. 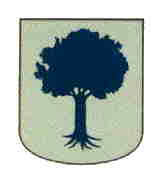 Carballo is originally a, surname. It is derived from both a Galician and Portuguese word meaning oak, referring to the family's settlement's surroundings of forest on mountainous terrain in A Coruña, Galicia, the north western part of Spain. Over the years, the surname has become more frequent in other countries and the name has had variations in its spelling. It became widely renowned in the early 1600s in the Spanish colonization of the Americas or New Spain and greatly expanded during the 1800s. It spread from South America, Central America, Mexico and North America, also including the Philippine islands, Cuba and Puerto Rico, territories of Spanish Colonialism or colonial expansion under the Crown of Castile during Spanish holdings in the Age of Discovery. 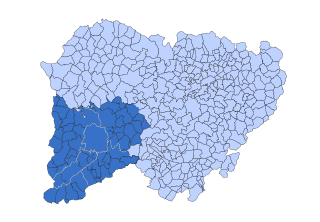