Last updated July 21, 2021
Height in relation to a specified reference point
For the usage in geography, see Elevation. For the usage in astronomy, see Altitude angle. For other uses, see Altitude (disambiguation).
Not to be confused with Attitude.
For broader coverage of this topic, see Vertical position.

Altitude or height (also sometimes known as depth) is a distance measurement, usually in the vertical or "up" direction, between a reference datum and a point or object. The exact definition and reference datum varies according to the context (e.g., aviation, geometry, geographical survey, sport, or atmospheric pressure). Although the term altitude is commonly used to mean the height above sea level of a location, in geography the term elevation is often preferred for this usage.

Vertical distance measurements in the "down" direction are commonly referred to as depth.

In aviation, the term altitude can have several meanings, and is always qualified by explicitly adding a modifier (e.g. "true altitude"), or implicitly through the context of the communication. Parties exchanging altitude information must be clear which definition is being used. [2]

Aviation altitude is measured using either mean sea level (MSL) or local ground level (above ground level, or AGL) as the reference datum.

On the flight deck, the definitive instrument for measuring altitude is the pressure altimeter, which is an aneroid barometer with a front face indicating distance (feet or metres) instead of atmospheric pressure.

There are several types of altitude in aviation:

These types of altitude can be explained more simply as various ways of measuring the altitude:

The Earth's atmosphere is divided into several altitude regions. These regions start and finish at varying heights depending on season and distance from the poles. The altitudes stated below are averages: [4]

The Kármán line, at an altitude of 100 kilometres (62 mi) above sea level, by convention defines represents the demarcation between the atmosphere and space. [5] The thermosphere and exosphere (along with the higher parts of the mesosphere) are regions of the atmosphere that are conventionally defined as space.

Regions on the Earth's surface (or in its atmosphere) that are high above mean sea level are referred to as high altitude. High altitude is sometimes defined to begin at 2,400 meters (8,000 ft) above sea level. [6] [7] [8]

At high altitude, atmospheric pressure is lower than that at sea level. This is due to two competing physical effects: gravity, which causes the air to be as close as possible to the ground; and the heat content of the air, which causes the molecules to bounce off each other and expand. [9]

The temperature profile of the atmosphere is a result of an interaction between radiation and convection. Sunlight in the visible spectrum hits the ground and heats it. The ground then heats the air at the surface. If radiation were the only way to transfer heat from the ground to space, the greenhouse effect of gases in the atmosphere would keep the ground at roughly 333 K (60 °C; 140 °F), and the temperature would decay exponentially with height. [10]

However, when air is hot, it tends to expand, which lowers its density. Thus, hot air tends to rise and transfer heat upward. This is the process of convection. Convection comes to equilibrium when a parcel of air at a given altitude has the same density as its surroundings. Air is a poor conductor of heat, so a parcel of air will rise and fall without exchanging heat. This is known as an adiabatic process, which has a characteristic pressure-temperature curve. As the pressure gets lower, the temperature decreases. The rate of decrease of temperature with elevation is known as the adiabatic lapse rate, which is approximately 9.8 °C per kilometer (or 5.4 °F [3.0 °C] per 1000 feet) of altitude. [10]

Note that the presence of water in the atmosphere complicates the process of convection. Water vapor contains latent heat of vaporization. As air rises and cools, it eventually becomes saturated and cannot hold its quantity of water vapor. The water vapor condenses (forming clouds), and releases heat, which changes the lapse rate from the dry adiabatic lapse rate to the moist adiabatic lapse rate (5.5 °C per kilometer or 3 °F [1.7 °C] per 1000 feet). [11] As an average, the International Civil Aviation Organization (ICAO) defines an international standard atmosphere (ISA) with a temperature lapse rate of 6.49 °C per kilometer (3.56 °F per 1,000 feet). [12] The actual lapse rate can vary by altitude and by location.

Finally, note that only the troposphere (up to approximately 11 kilometres (36,000 ft) of altitude) in the Earth's atmosphere undergoes notable convection; in the stratosphere, there is little vertical convection. [13]

Medicine recognizes that altitudes above 1,500 metres (4,900 ft) start to affect humans, [14] and there is no record of humans living at extreme altitudes above 5,500–6,000 metres (18,000–19,700 ft) for more than two years. [15] As the altitude increases, atmospheric pressure decreases, which affects humans by reducing the partial pressure of oxygen. [16] The lack of oxygen above 2,400 metres (8,000 ft) can cause serious illnesses such as altitude sickness, high altitude pulmonary edema, and high altitude cerebral edema. [8] The higher the altitude, the more likely are serious effects. [8] The human body can adapt to high altitude by breathing faster, having a higher heart rate, and adjusting its blood chemistry. [17] [18] It can take days or weeks to adapt to high altitude. However, above 8,000 metres (26,000 ft), (in the "death zone"), altitude acclimatization becomes impossible. [19]

There is a significantly lower overall mortality rate for permanent residents at higher altitudes. [20] Additionally, there is a dose response relationship between increasing elevation and decreasing obesity prevalence in the United States. [21] In addition, the recent hypothesis suggests that high altitude could be protective against Alzheimer's disease via action of erythropoietin, a hormone released by kidney in response to hypoxia. [22] However, people living at higher elevations have a statistically significant higher rate of suicide. [23] The cause for the increased suicide risk is unknown so far. [23]

For athletes, high altitude produces two contradictory effects on performance. For explosive events (sprints up to 400 metres, long jump, triple jump) the reduction in atmospheric pressure signifies less atmospheric resistance, which generally results in improved athletic performance. [24] For endurance events (races of 5,000 metres or more) the predominant effect is the reduction in oxygen which generally reduces the athlete's performance at high altitude. Sports organizations acknowledge the effects of altitude on performance: the International Association of Athletic Federations (IAAF), for example, marks record performances achieved at an altitude greater than 1,000 metres (3,300 ft) with the letter "A". [25]

Athletes also can take advantage of altitude acclimatization to increase their performance. The same changes that help the body cope with high altitude increase performance back at sea level. [26] [27] These changes are the basis of altitude training which forms an integral part of the training of athletes in a number of endurance sports including track and field, distance running, triathlon, cycling and swimming.

Decreased oxygen availability and decreased temperature make life at high altitude challenging. Despite these environmental conditions, many species have been successfully adapted at high altitudes. Animals have developed physiological adaptations to enhance oxygen uptake and delivery to tissues which can be used to sustain metabolism. The strategies used by animals to adapt to high altitude depend on their morphology and phylogeny. For example, small mammals face the challenge of maintaining body heat in cold temperatures, due to their small volume to surface area ratio. As oxygen is used as a source of metabolic heat production, the hypobaric hypoxia at high altitudes is problematic.

There is also a general trend of smaller body sizes and lower species richness at high altitudes, likely due to lower oxygen partial pressures. [28] These factors may decrease productivity in high altitude habitats, meaning there will be less energy available for consumption, growth, and activity. [29]

However, some species, such as birds, thrive at high altitude. [30] Birds thrive because of physiological features that are advantageous for high-altitude flight. 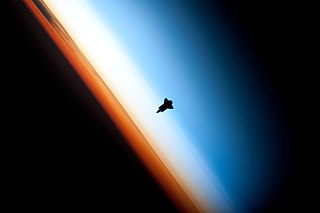 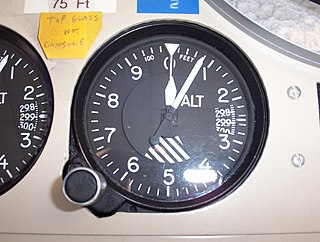 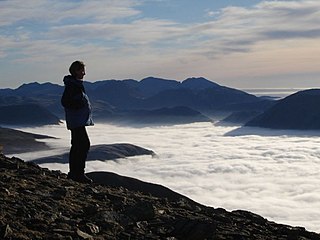 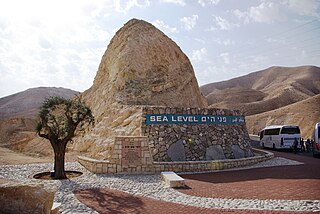 The atmosphere of Earth, commonly known as air, is the layer of gases retained by Earth's gravity that surrounds the planet and forms its planetary atmosphere. The atmosphere of Earth protects life on Earth by creating pressure allowing for liquid water to exist on the Earth's surface, absorbing ultraviolet solar radiation, warming the surface through heat retention, and reducing temperature extremes between day and night. 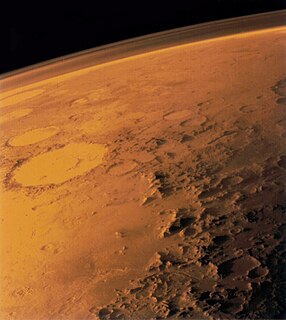 The lapse rate is the rate at which an atmospheric variable, normally temperature in Earth's atmosphere, falls with altitude. Lapse rate arises from the word lapse, in the sense of a gradual fall. In dry air, the adiabatic lapse rate is 9.8 °C/km.

Cumulus humilis are cumuliform clouds with little vertical extent, common in the summer, that are often referred to as "fair weather cumulus". If they develop into cumulus mediocris or cumulus congestus, thunderstorms could form later in the day.

In meteorology, convective instability or stability of an air mass refers to its ability to resist vertical motion. A stable atmosphere makes vertical movement difficult, and small vertical disturbances dampen out and disappear. In an unstable atmosphere, vertical air movements tend to become larger, resulting in turbulent airflow and convective activity. Instability can lead to significant turbulence, extensive vertical clouds, and severe weather such as thunderstorms.

The convective condensation level (CCL) represents the height where an air parcel becomes saturated when heated from below and lifted adiabatically due to buoyancy.