Athletics at the 1986 Goodwill Games

At the 1986 Goodwill Games , the athletics competition was held in July 1986 at the Olympic Stadium in Moscow, Soviet Union. A total of 42 events were contested, of which 23 by male and 19 by female athletes.

In contrast to other major athletics competitions, the Goodwill Games operated an invitational policy, which meant that there were no qualifying stage of the events and the contests operated on a single or double final format. [1] The inaugural athletics competition brought two new world records: Sergey Bubka cleared 6.01 m for a new pole vault record and Jackie Joyner-Kersee improved the women's heptathlon record to 7148 points. [2] In the 100 metres races, Ben Johnson gained his first international victory over Carl Lewis while Evelyn Ashford pipped Heike Drechsler to the gold in the women's race.

The 2003 European Athletics Junior Championships was held in Tampere, Finland from 23–27 July 2003. A total of 44 events were contested; 22 by men and 22 by women. Germany had the biggest medal haul with nine golds and a total of 26, closely followed by Russia. Great Britain was third with 17 medals, while Romania was fourth with ten medals. Four championship records were set at the competition, although three were as a result of using lighter implements in the men's throwing events.

The 1986 Goodwill Games was the inaugural edition of the international multi-sport event created by Ted Turner, which was held from 5 – 20 July 1986. The main stadium was the Central Lenin Stadium in Moscow, Soviet Union. The Games were a response to the Olympic boycotts of the period, which saw the United States refuse to attend the 1980 Olympic Games in Moscow, and the Soviet Union refusing to attend the 1984 Summer Olympics in Los Angeles. The Soviet athletes dominated the competition, winning 118 gold medals and 241 medals overall. The United States finished second place, with 42 golds and 142 medals in total. 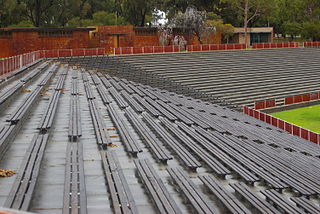 At the 1962 British Empire and Commonwealth Games, the athletics events were held at Perry Lakes Stadium in Perth, Australia. The stadium, set in the suburb of Floreat, was purpose-built for the competition. A total of 31 events were contested, of which 21 by male and 10 by female athletes. The competition was affected by hot weather and soldiers from the Australian Army were called upon to supply athletes with water throughout the competition. Heavy wind also affected the programme, with the sprints and jumps most affected by the conditions. 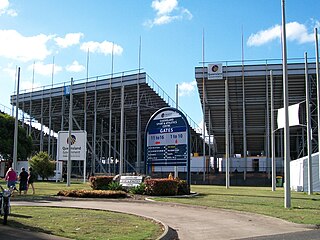 At the 2001 Goodwill Games, the athletics events were held at the ANZ Stadium in Brisbane, Australia from 4–7 September. A total of 44 events were contested, with 22 events each for male and female athletes.

The 1990 Goodwill Games was the second edition of the international multi-sport event created by Ted Turner, which was held between July 20 and August 5, 1990. Following an inaugural edition in Moscow, the second games took place in Seattle, United States, highlighting the competition's role in fostering good Soviet–U.S. relations. The games were opened at the University of Washington's Husky Stadium with a speech by former U.S. President Ronald Reagan, as well as an address by Arnold Schwarzenegger and performances by the Moody Blues and Gorky Park. The top three nations in the medal table remained the same as the previous edition: the Soviet Union won 66 gold medals and a total of 188 medals, the United States was a close runner-up with 60 gold medals and 161 medals overall, while East Germany was a distant third with 11 golds. 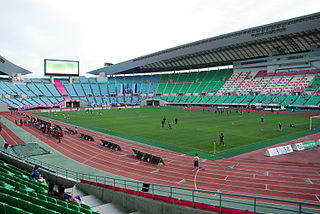 At the 2001 East Asian Games, the athletics events were held in Osaka, Japan from 23 to 26 May 2001. A total of 45 events were contested, of which 23 by male and 22 by female athletes. All events were held at the Nagai Stadium, with the exception of the racewalking and half marathon events. A team of Australian athletes took part in the competition but they were excluded from the medal tally. This was the last time that Kazakhstan competed in the competition. 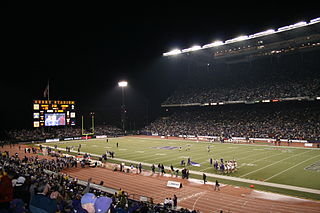 At the 1990 Goodwill Games, the athletics events were held in Seattle, Washington, United States between July 22 and 26, 1990. A total of 43 events were contested, of which 23 by male and 20 by female athletes. Athletes from the United States and the Soviet Union dominated the competition as they had done in the inaugural edition, with United States coming out on top this time with 54 medal won, 20 of them gold. The Soviet Union was a clear second place with 14 golds and 43 medals in total. The Greater Antillean island nations of Cuba and Jamaica had the third- and fourth-greatest medal hauls, respectively.

At the 1994 Goodwill Games, the athletics events were held in July at the Petrovsky Stadium in Saint Petersburg, Russia. A total of 44 events were contested, of which 22 were by male and 22 by female athletes. The marathon event was dropped for the 1994 edition and racewalking events took place on the track, making the entire athletics programme a track and field-only affair. The United States won the most gold medals (18) in the athletics competition, but Russia had the greatest total medal haul, winning 41 medals, 10 of which were gold. Cuba, Great Britain and Kenya were the next best achievers in the medal count. 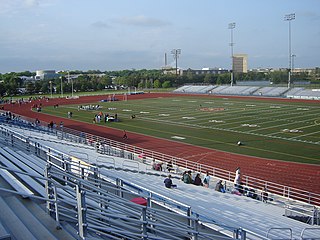 At the 1998 Goodwill Games, the athletics events were held at the Mitchel Athletic Complex in Uniondale, New York, United States from 19 to 22 July. The programme consisted of 44 track and field events, of which 22 were contested by male athletes and 22 by female athletes. With the introduction of the women's hammer throw and mile run, the men's and women's programmes achieved equivalent parity for the first time. The United States topped the athletics medal table for a third consecutive edition winning 17 gold medals and 55 medals in total. Russia were the next best performing nation, with 11 golds and 21 medals. Kenya, Cuba and Jamaica rounded out the top-five countries.

Yuki Nakata is a Japanese track and field athlete who competes in the women's heptathlon. She represented Japan at the 2004 Summer Olympics and has competed twice at the World Championships in Athletics. She was the silver medallist at the 2009 Asian Athletics Championships and the 2010 Asian Games and has won the heptathlon at the East Asian Games and the Asian Indoor Athletics Championships. With straight wins from 2002 to 2010, she is a nine time national champion and her best of 5962 points for the heptathlon is the national record for the event. 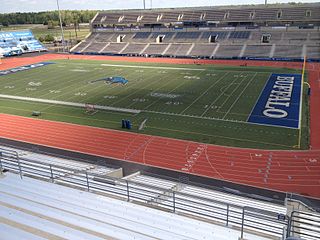 At the 1993 Summer Universiade, the athletics events were held at the University at Buffalo Stadium in Amherst, New York in the United States from July 14 to 18. A total of 43 events were contested, of which 23 by male and 20 by female athletes. 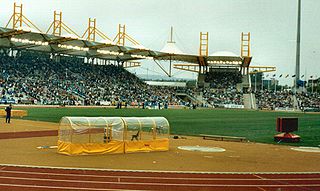 At the 1991 Summer Universiade, the athletics events were held at the Don Valley Stadium in Sheffield in the United Kingdom from July 14–25. A total of 43 events were contested, of which 23 by male and 20 by female athletes.

At the 1999 Military World Games, the track and field events were held at the Sportski Park Mladost athletic stadium in Zagreb, Croatia from 11–16 August. A total of 32 events were contested, of which 22 by male and 10 by female athletes. The marathon events were held on 11 August, prior to the track and field competition. It was the last time that the men's 20 kilometres walk and women's shot put featured on the programme. The women's 1500 metres and 5000 metres were added to the programme for the first time. Nations could enter a maximum of two athletes into each event.

The 3rd World Festival of Youth and Students featured an athletics competition among its programme of events. The events were contested in East Berlin, East Germany in August 1951. Mainly contested among Eastern European athletes, it served as an alternative to the more Western European-oriented 1951 Summer International University Sports Week held in Luxembourg the same year.

The 1977 Arab Athletics Championships was the inaugural edition of the international athletics competition between Arab countries. It took place in Damascus, Syria, coming one year after the city had hosted the 1976 Pan Arab Games. The absence of Egypt, Algeria and Morocco—the three foremost Arab nations in the sport—meant the level of competition was lower than that seen at the games. Iraq was the dominant nation, winning half the gold medals, and Tunisia was a clear second place with five golds. The hosts, Syria, placed third with a medal haul of twelve. Eight of the twelve participating nations reached the medal table.

Ravilya Agletdinova was a Soviet middle-distance runner who competed in 800 metres, 1500 metres and 3000 metres events.

Aleksandra Grigoryeva is a Russian former racewalking athlete. She was the gold medallist at the 1985 Summer Universiade, becoming the inaugural women's walk champion at the event. She represented the Soviet Union at the 1986 European Athletics Championships.