Bidya Sinha Saha Mim is a Bangladeshi actress and model. She made her debut in 2008 appearing in Amar Ache Jol directed by Humyaun Ahmed and produced by Impress Telefilm Limited.

Mim participated in 'Lux Channel I' Superstar in 2007. She was the winner of the contest. [1]

Later she worked in Tollywood with director Raja Chanda. [2]

Comilla Victoria Government College is a college in Comilla, Bangladesh. It is one of the oldest and renowned colleges in Comilla as well as in Chittagong division. The college is located beside of Ranir Dighi on 29 acres of land including its intermediate and honors section. 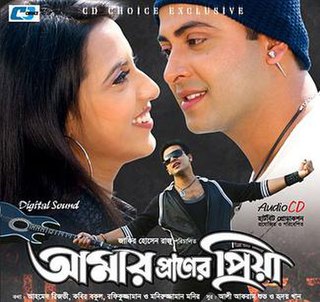 Amar Praner Priya is a 2009 Dhallywood Bengali romantic comedy film directed by Jakir Hossain Raju. The film was released on September 20, 2009 on Eid ul-Fitr and went on to become a box-office success in Bangladesh, primarily noted for its soundtrack & choreography. The film stars Shakib Khan, Mim and Misha Sawdagor. 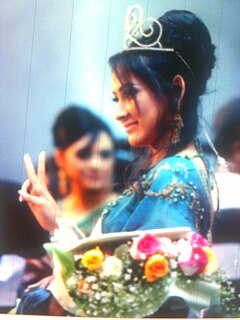 Saha is a Bengali Hindu surname mostly residing in the Indian states of West Bengal, Assam, and Tripura, as well as in Bangladesh. Members of various trading communities use the surname. Several meanings of Saha include 'merchant', 'honest' and 'good'. The word Saha is derived from Sanskrit "Sadhu"..

Syeda Tuhin Ara Karim, known as Aupee Karim, is a National Film Award-winning Bangladeshi actress, model, architect, and dancer. Besides, she is a faculty member at School of Architecture of American International University-Bangladesh.

Mahbuba Islam Rakhi is a renowned actress, model and television host from Bangladesh, currently living in Perth, Western Australia. She is the winner of the most prestigious beauty pageant in Bangladesh- Lux Channel I Superstar 2010. Her experience as an actress, model, dancer and television host has been well noted in Bangladeshi media. She has received critical acclaims for her performance as lead in over 50 TV dramas; TV commercial 'Seylon Gold Tea', and hosting the reality show Handsome the ultimate man. She moved to Australia in 2013 to pursue her higher studies and graduated with a first class honours from Edith Cowan University as a Civil Engineer in 2017. She stepped into the media in 2011 through the drama "Bishmoy" written by renowned actress, artist, writer Bipasha Hayat and directed by award-winning actor, director and architect Tauquir Ahmed.

Zakia Bari Mamo is a Bangladeshi model and actress who is best known around the country as Lux Channel I Superstar. After winning the Lux Channel I Superstar beauty pageant in 2006, she came to limelight and got a chance to act in ‘Daruchini Dip’. For her role in her debut movie, she received the Bangladesh National Film Awards. She is also a popular face on the small screen. After a long break, from her first movie, she acted in the second movie Prem Korbo Tomar Sathe in 2014. Flowing this year, she acted in another blockbuster movie Chuye Dile Mon with co-actor Arifin Shuvoo. Momo already has won the heart of the audience by her terrific acting, she is one of the best dramatic actresses in the country.

Lux Channel I Superstar, is a Bangladeshi television reality show that airs on Channel I. The Show is similar to America's Next Top Model. Lux Channel i Superstar contest is the largest event in Bangladesh to hunt beautiful women who can build career as actress, singer and model. The prestigious beauty pageant champion get the chance to be the "Bangladesh Face of Lux" and is awarded a brand new car and Tk. 10 lakh. The first runner-up award is Tk. 5 lakh while the second runner-up gets Tk. 3 lakh. The competition is held by a joint effort of Channel i and Unilever Bangladesh Limited. The competition was launched in 2005. In 2011, it was not held. 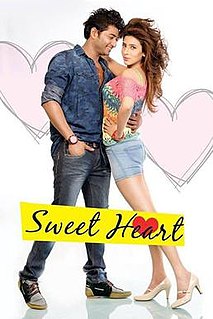 Black is an Indo-Bangla Bengali crime action film directed by Raja Chanda, and stars Soham Chakraborty and Bidya Sinha Mim in lead roles. The film was jointly produced by Viacom 18 Motion Pictures and Dag Creative Media and was released on 27 November 2015. The film revolves around a man named, Biltu, who takes vengeance to those who framed his father with false charges and as a result the latter commits suicide to get rid of this humiliation. Anonno Mamun, is a Bangladeshi film director and screenwriter. His works include Most Welcome, Ami Shudhu Cheyechi Tomay, Ostitto, and Makeup.

Valobasha Emoni Hoy is the first directorial venture for model and actress Tania Ahmed and produced by Faridur Reza Sagar under the banner of Impress Telefilm Limited. Irfan Sazzad makes his debut as film actor in this movie with prominent actress, Bidya Sinha Saha Mim, will be seen as the lead actress with Mir Sabbir, Mishu Sabbir, and Tariq Anam Khan.

Yeti Obhijaan is an Indian Bengali adventure thriller film directed by Srijit Mukherji and produced by Shrikant Mohta, Mahendra Soni under the banner of Shree Venkatesh Films. The film stars Prosenjit Chatterjee and Aryann Bhowmik in lead roles. The film is a sequel to Mishawr Rawhoshyo. It is an adaptation of Pahar Churaye Aatonko from the Bengali adventure series Kakababu by author Sunil Gangopadhyay.

Samroj Ajmi Alvi, is a Bangladeshi actress and model. She became nationally known in 2007 when she finished as the first runner up in the Lux Channel I Superstar beauty pageant.

Nadia Afrin Mim is a Bangladeshi actress and model, who was the winner of Lux Channel I Superstar television reality show that was held in 2014.

Mim Mantasha is a Bangladeshi model, and the winner of Lux Channel I Superstar beauty pageant television reality show that was held in 2018. Sarwat Azad Brishti and Samia Akter Othoi were also chosen as the first runner-up and second runner-up of this beauty pageant.

Shapludu is a Bangladeshi political thriller by Golam Sohrab Dodul starring Arifin Shuvoo & Bidya Sinha Saha Mim which was released in theaters across Bangladesh on 27 September 2019.

Samia Said Chowdhory is a Bangladeshi model and actress. She was the winner of Lux Channel I Superstar, the most prestigious beauty pageant in Bangladesh, was held in 2012. She started her acting career with the television drama Increment in 2012. Said rose to prominence with her film debut in the 2018 Beglali drama Komola Rocket directed by Noor Imran Mithu, which is a adaptation of two short stories Moulik and Saipras by Bengali writer Shahaduz Zaman.