Charlotte Frances Payne-Townshend (20 January 1857 – 12 September 1943) [1] [2] was an Irish political activist in Britain. She was a member of the Fabian Society and was dedicated to the struggle for women's rights. She married the playwright George Bernard Shaw.

Daughter of Horace Townshend, she grew up in a wealthy Irish family in County Cork [3] before moving to England. Charlotte met Beatrice Webb in 1895. Webb described her as: "[a] large graceful woman with masses of chocolate brown hair ... She dresses well, in flowing white evening robes she approaches beauty. At moments she is plain." [4] Her mother, Mrs Payne-Townshend, was determined to find her daughter a husband. Charlotte later commented: "Even in my earliest years I had determined I would never marry." [5] She turned down Count Sponnek, Finch Hutton and Arthur Smith-Barry. Charlotte fell in love with Axel Munthe, but he never asked for her hand in marriage. [6]

Beatrice and Sidney Webb persuaded Charlotte to donate £1,000 to the London School of Economics library and the endowment of a woman's scholarship. [6] Charlotte also joined the Fabian Society. Beatrice later commented:

By temperament she is an anarchist, feeling any regulation or rule intolerable, a tendency which has been exaggerated by her irresponsible wealth... She is a socialist and a radical, not because she understands the collectivist standpoint, but because she is by nature a rebel. She is fond of men and impatient of most women, bitterly resents her enforced celibacy but thinks she could not tolerate the matter-of-fact side of marriage. Sweet tempered, sympathetic and genuinely anxious to increase the world's enjoyment and diminish the world's pain. [7]

According to Michael Holroyd, Webb developed a plan "to marry Charlotte off to" Graham Wallas, who worked at the London School of Economics. [4] In January 1896, she invited Charlotte and Graham to their rented home in the village of Stratford St Andrew in Suffolk. However, Charlotte was bored by his company.

Beatrice Webb also invited George Bernard Shaw to stay and he took a strong liking to Charlotte. He wrote to Janet Achurch: "Instead of going to bed at ten, we go out and stroll about among the trees for a while. She, being also Irish, does not succumb to my arts as the unsuspecting and literal Englishwoman does; but we get on together all the better, repairing bicycles, talking philosophy and religion... or, when we are in a mischievous or sentimental humour, philandering shamelessly and outrageously." Beatrice wrote: "They were constant companions, pedaling round the country all day, sitting up late at night talking."

Kissing in the evening among the trees was very pleasant, but she knows the value of her unencumbered independence, having suffered a good deal from family bonds and conventionality before the death of her mother and the marriage of her sister left her free... The idea of tying herself up again by a marriage before she knows anything — before she has exploited her freedom and money power to the utmost.

When they returned to London, Charlotte sent an affectionate letter to Shaw. He replied:

Don't fall in love: be your own, not mine or anyone else's.... From the moment that you can't do without me, you're lost... Never fear: if we want one another we shall find it out. All I know is that you made the autumn very happy, and that I shall always be fond of you for that. [8]

In July 1897 Charlotte proposed marriage. He rejected the idea because he was poor and she was rich and people might consider him a "fortune-hunter". He told Ellen Terry that the proposal was like an "earthquake" and he "with shuddering horror and wildly asked the fare to Australia". Charlotte decided to leave Shaw and went to live in Italy.

In April 1898 Shaw had an accident; he was living at 29 Fitzroy Square with his mother. According to Shaw his left foot swelled up "to the size of a church bell". He wrote to Charlotte complaining that he was unable to walk. When she heard the news she travelled back to visit him at his home in Fitzroy Square. Soon after she arrived on 1 May she arranged for him to go into hospital. Shaw had an operation that scraped the necrosed bone clean. Shaw married her on 1 June 1898, while recuperating from surgery. He was nearly forty-two; she was six months younger. The couple resided at first at 10 Adelphi Terrace, London, overlooking the Embankment. [9] In the view of the biographer and critic St John Ervine, "their life together was entirely felicitous". [10] Their marriage is generally believed never to have been consummated; whether this was wholly at Charlotte's wish, as Shaw liked to suggest, is less widely credited. [11] [12] [13] [14] [15] However, according to Michael Holroyd they had a "careful sexual experience". Charlotte soon made herself almost indispensable to Shaw. She learnt to read his shorthand and to type, took dictation and helped him prepare his plays for the press. [16]

In 1906 the couple moved into a house, now called Shaw's Corner, in Ayot St. Lawrence, a small village in Hertfordshire. They also maintained a pied-à-terre in Fitzroy Square, London, and travelled the world extensively during the 1930s. According to Shaw's friend Archibald Henderson Shaw's 1933 play A Village Wooing is based on their courtship. The play is about a writer and a woman who meet on a cruise but only become a couple when they develop a working relationship:

Like Charlotte, "Z" is an adventurous uninhibited young woman of the new dispensation, who knows what she wants, is breezily amusing in her frankness; and after "A" has come like a homing pigeon to the village and purchased the shop, plucks him like a daisy, as did Charlotte, who, as we recall, purchased the marriage license...The vision of marriage drawn by "A" is memorable as a literary facsimile of the "marital compact" for the fin-de-siècle union of the Shaws. The "romance" of the marriage of "A" and "Z" reveals consummation, not as mere sensual gratification of the senses, but as a mystic rite of sublimation, in the discovery of life's aesthetic magic and wonder. [17]

She died from Paget's disease in 1943, and was cremated at Golders Green Crematorium, where her ashes were kept until Shaw's death in 1950. Their ashes were taken to Shaw's Corner, mixed and then scattered along footpaths and around the statue of Saint Joan in their garden. [18]

Charlotte Payne-Townshend was also a translator. [19] Amongst other things she translated Eugène Brieux's play Maternité for the London stage. It was put on by the Stage Society, at Daly's Theatre in 1910. [20]

Shaw Library, on the sixth floor of the Old Building, London School of Economics, was founded by and named after her. [21] [22]

Sidney James Webb, 1st Baron Passfield, was a British socialist, economist, reformer and a co-founder of the London School of Economics. He was one of the early members of the Fabian Society in 1884, who like George Bernard Shaw joined three months after its inception. Along with his wife Beatrice Webb and with Annie Besant, Graham Wallas, Edward R. Pease, Hubert Bland and Sydney Olivier, Shaw and Webb turned the Fabian Society into the pre-eminent political-intellectual society in Edwardian England. He wrote the original, pro-nationalisation Clause IV for the British Labour Party. 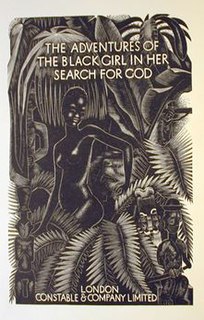 The Adventures of the Black Girl in Her Search for God is a book of short stories written by George Bernard Shaw, published in London by Constable and Company in 1932. The title story is a satirical allegory relating the experiences of an African black girl, freshly converted to Christianity, who takes literally the biblical injunction to "Seek and you shall find me." and attempts to seek out and actually speak to God. 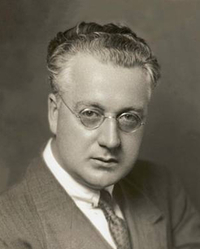 Charlotte Mary Wilson was an English Fabian and anarchist who co-founded Freedom newspaper in 1886 with Peter Kropotkin, and edited, published, and largely financed it during its first decade. She remained editor of Freedom until 1895.

Stanley Weintraub was an American historian and biographer and an expert on George Bernard Shaw. 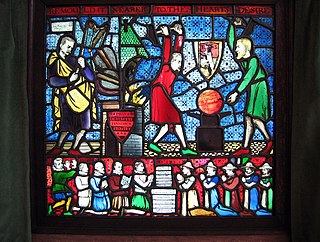 The Fabian Window is a stained-glass window depicting the founders of the Fabian Society, designed by George Bernard Shaw. The window was stolen from Beatrice Webb House in Dorking in 1978 and reappeared at Sotheby's in 2005. It was restored to display in the Shaw Library at the London School of Economics in 2006 at a ceremony presided over by then-Prime-Minister Tony Blair, emphasising New Labour's intellectual debt to the Fabians. 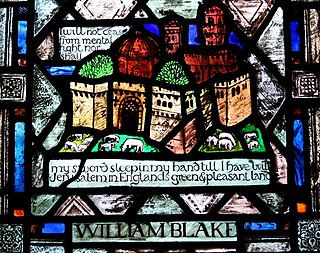 Caroline Charlotte Townshend (1878–1944) was a British stained glass artist of the Arts and Crafts Movement. She trained at Slade School of Fine Art and Central School of Arts and Crafts before becoming a pupil of Christopher Whall. She designed and made many stained glass windows, particularly for churches and cathedrals and set up the stained glass firm of Townshend and Howson in 1920 with her student and apprentice, Joan Howson. They used a dual signature for their completed works. 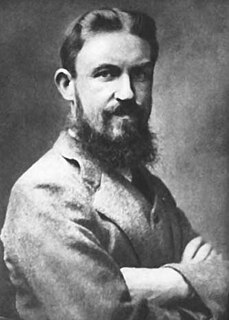 Frank Wallace Galton, sometimes known as Frank Wallis Galton, was an English political writer and journalist who was secretary to Sidney and Beatrice Webb and later to the Fabian Society. In 1929, he was appointed to the Royal Commission on Transport.

Bertha Newcombe (1857–1947) was an English artist and suffrage activist.

The Shaw Library, or the Founder's Room, is a general-purpose library and a common room at the London School of Economics and Political Science. Located on the sixth floor of the Old Building, the library is accessible to all members of the university. It was founded by and named after Charlotte Payne-Townshend Shaw, wife of the playwright George Bernard Shaw.