The following is a chronological list of the productions that have been staged as part of the Shaw Festival since its inception.

Due to the COVID-19 pandemic, it was announced on August 26, 2020 that the entirety of the 2020 season was cancelled, with the possible exception of A Christmas Carol, which may still be performed depending on government guidelines. [3] Previously, on July 22, 2020, it was said there was the possibility that some performances of Charley's Aunt and Flush might begin in September. [4]

For the 2021 season, the Shaw Festival hopes to present many of the anticipated productions that were originally scheduled for 2020. [6]

The productions that were originally scheduled, and subsequently cancelled, for 2020 and not planned for 2021 are: Mahabharata , Prince Caspian , Assassins , The Playboy of the Western World , and Me and My Girl .

Frequency of production of Shaw's plays

Note: The following original theatrical works by Shaw have never been produced at the Shaw Festival: Buoyant Billions , Cymbeline Refinished , Farfetched Fables , The Shewing-Up of Blanco Posnet , and Why She Would Not . 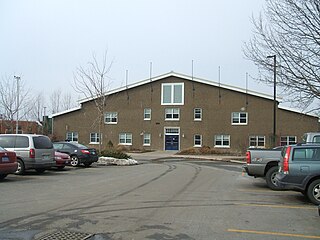 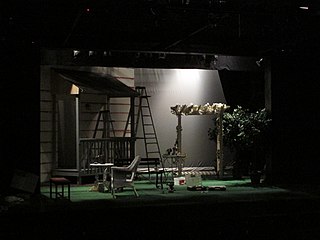 Theatre Intime is an entirely student-run dramatic arts not-for-profit organization operating out of the Hamilton Murray Theater at Princeton University. Intime receives no direct support from the university, and is entirely acted, produced, directed, teched and managed by a board of students that is elected once a semester. "Students manage every aspect of Theatre Intime, from choosing the plays to setting the ticket prices."

The Dallas Theater Center is a major regional theater in Dallas, Texas, United States. It produces classic, contemporary and new plays and is the 2017 Tony Award recipient for Best Regional Theater. Dallas Theater Center produces its original works at the Kalita Humphreys Theater, the Margot and Bill Winspear Opera House, and the Dee and Charles Wyly Theatre as part of the AT&T Performing Arts Center in the Dallas Arts District. 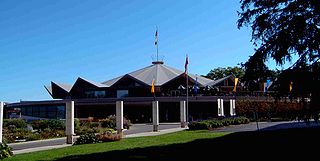 Remy Bumppo Theatre Company is a theater in Chicago known for productions from playwrights such as George Bernard Shaw and Tom Stoppard. Nick Sandys serves as the company's Artistic Director. 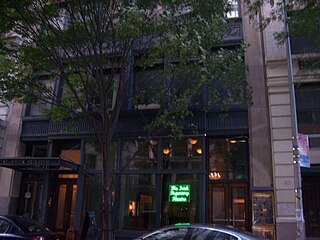 The Vancouver Playhouse Theatre Company is a regional Canadian theatre company, producing plays since 1962. The following is a list of the productions that have been staged since its inception, starting with the most recently completed season.

Theatre Calgary is theatre company in Calgary, Alberta, Canada, established as a professional company in 1968. The following is a chronological list of the productions that have been staged since its inception as Musicians and Actors Club (MAC) from 1964 to 1968, and Theatre Calgary from 1968 onwards.

The Citadel Theatre is the major theatre-arts venue in Edmonton, the capital city of Alberta, Canada. This is a chronological list of the productions staged there since its opening night on November 10, 1965.

Chichester Festival Theatre, located in Chichester, England, is one of the United Kingdom's flagship theatres with an international reputation for quality and innovation. The following is a chronological list of the Chichester Festival production history of productions that have been staged since its inception.

Theatre New Brunswick is the only professional theatre company in New Brunswick, Canada. It began operation in 1968, and has been successfully operating since that time. TNB celebrated its 50th Anniversary in 2018.

La Jolla Playhouse is a not-for-profit, professional theatre-in-residence on the campus of the University of California, San Diego, United States. It was founded in 1947 by Gregory Peck, Dorothy McGuire, and Mel Ferrer.

The Guthrie Theater is a center for theater performance, production, education, and professional training in Minneapolis, Minnesota. The following is a chronological list of the plays and performances that it has produced or presented. Production information from 1963 through the 2005–06 season is sourced primarily from The Guthrie Theater: Images, History, and Inside Stories and The Guthrie Theater.

Princeton Summer Theater was founded in 1968 by a group of Princeton University undergraduates under the name 'Summer Intime' as a high grade summer stock theater company. 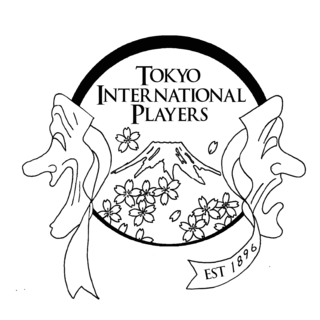 Tokyo International Players, also known as TIP, is the oldest, largest English-language theatre group in Japan and is among the oldest in Asia. TIP productions range from classics to musicals to contemporary and original pieces, in venues including Theater Sun-mall Shinjuku, Ebisu Echo Theater, and Our Space in Hatagaya. 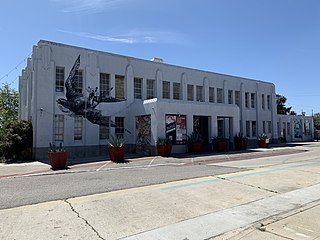 Pacific Resident Theatre (PRT) is a 501(c)(3) non-profit theatre company located at 703 Venice Boulevard in Venice, California. It was founded as an actors cooperative in Venice's arts district in 1985 and is dedicated to producing both classic and little known plays, as well as works by new authors. The company has received over 90 awards including awards from the L.A. Drama Critics Circle, Drama-Logue, the NAACP, the LA Weekly and Garland.