Deepcar railway station, originally "Deep Car", is a disused railway station near Deepcar, South Yorkshire, England. The station, situated on the line built by the Sheffield, Ashton-under-Lyne and Manchester Railway, opened on 14 July 1845. The station was located between Oughtibridge and Wortley and was intended to serve the village of Deepcar, near Sheffield, South Yorkshire.

The station closed to passenger traffic on 15 June 1959.

The line, albeit single track from Woodburn Junction, is still open to serve the steel works, now operated by the speciality steels division of Liberty House Group. [1] [2] Traffic to this location usually runs at night. 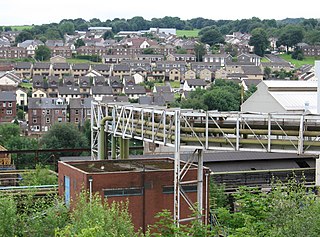 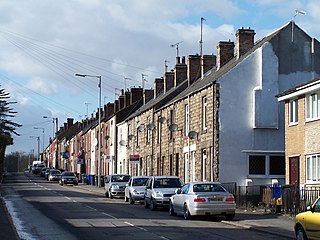 Deepcar is a village located on the eastern fringe of the town of Stocksbridge, in the electoral ward of Stocksbridge and Upper Don, 7 miles approximately northwest of Sheffield city centre.

Dore and Totley railway station is a small, one platform railway halt near the Sheffield suburbs of Dore and Totley in South Yorkshire, England 4 3⁄4 miles (7.6 km) south of Sheffield. The station is served by the Northern service between Sheffield and Manchester, East Midlands Railway service from Liverpool to Norwich and the TransPennine Express service between Manchester and Cleethorpes, all three running via the Hope Valley Line.

Chinley railway station serves the village of Chinley in Derbyshire, England. The station is 17 1⁄2 miles (28.2 km) south east of Manchester Piccadilly, on the Hope Valley Line from Sheffield to Manchester. It is unstaffed and is managed by Northern Trains. 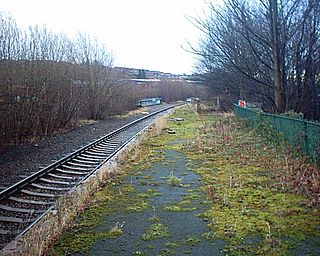 Wadsley Bridge railway station was a station in Sheffield, South Yorkshire, England on the Great Central Railway's core route between Manchester and Sheffield. 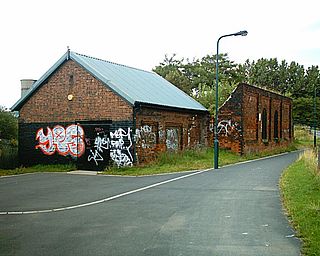 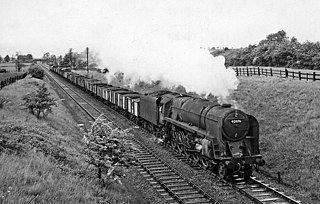 The Great Central Main Line (GCML), also known as the London Extension of the Manchester, Sheffield and Lincolnshire Railway (MS&LR), is a former railway line in the United Kingdom. The line was opened in 1899 and built by the Great Central Railway running from Sheffield in the North of England, southwards through Nottingham and Leicester to Marylebone in London. 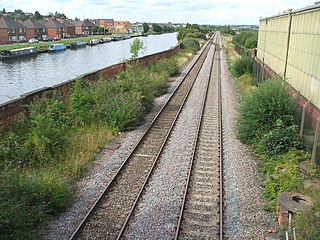 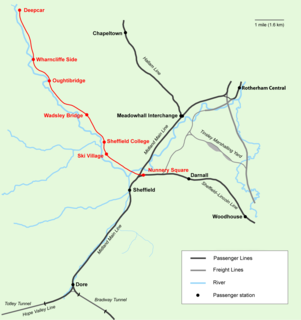 Samuel Fox and Company or "Fox's" was a company operating a major steel complex built in the Upper Don Valley at Stocksbridge, near Sheffield, South Yorkshire, England.

The Stocksbridge Railway was a subsidiary of Samuel Fox and Company and linked the company's works at Stocksbridge, near Sheffield, South Yorkshire with the main line of the Manchester, Sheffield and Lincolnshire Railway at Deepcar. 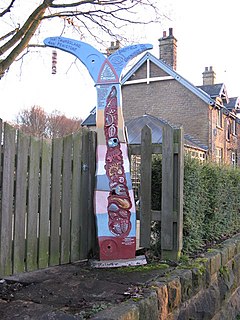 Wortley railway station was a railway station on the Sheffield, Ashton-under-Lyne and Manchester Railway lying between Deepcar and Penistone. It was built to serve the village of Wortley, in Barnsley, South Yorkshire, England. Wortley Hall, near the village, was the home of the Earl of Wharncliffe, long time associated with railway development in the area.

Stocksbridge was a small railway halt, the terminus of, and only railway station on the Stocksbridge Railway. The platform was a simple wooden affair, nothing more was needed to cater for the service provided. 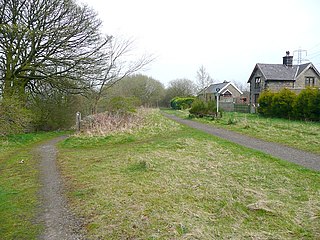 Hazlehead Bridge railway station was a railway station on the Sheffield, Ashton-under-Lyne and Manchester Railway's Woodhead Line. It served villages scattered over a wide area of South Yorkshire, England, and was adjacent to the bridge over the Huddersfield Road. 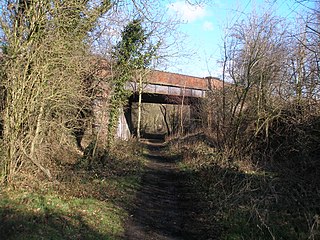 The Barnsley Coal Railway was a short railway which, when fully opened, ran between Stairfoot Junction, on the Mexborough to Barnsley line of the South Yorkshire Railway (SYR) and a triangular junction at Nostell on the line of the West Riding and Grimsby Railway (WR&GR). 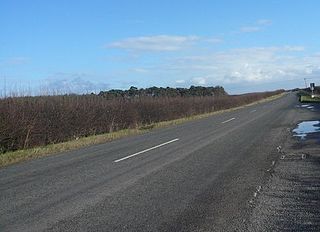