Last updated October 26, 2020
This article is about locomotives. For automobiles, see Drive wheel.

On a steam locomotive, a driving wheel is a powered wheel which is driven by the locomotive's pistons (or turbine, in the case of a steam turbine locomotive). [1] On a conventional, non-articulated locomotive, the driving wheels are all coupled together with side rods (also known as coupling rods); normally one pair is directly driven by the main rod (or connecting rod) which is connected to the end of the piston rod; power is transmitted to the others through the side rods. [2] [3] [4]

On diesel and electric locomotives, the driving wheels may be directly driven by the traction motors. Coupling rods are not usually used, and it is quite common for each axle to have its own motor. Jackshaft drive and coupling rods were used in the past [5] [6] (e.g. in the Swiss Crocodile locomotive [7] ) but their use is now confined to shunting locomotives.

On an articulated locomotive or a duplex locomotive, driving wheels are grouped into sets which are linked together within the set.

Some long wheelbase locomotives (four or more coupled axles) were equipped with blind drivers. These were driving wheels without the usual flanges, which allowed them to negotiate tighter curves without binding. [9]

Some three-driving-axle locomotives also had flangeless wheels on the middle axle , eg the NZR WH class.

On locomotives with side rods, including most steam and jackshaft locomotives, the driving wheels have weights to balance the weight of the coupling and connecting rods. [10] [11] The crescent-shaped balance weight is clearly visible in the picture on the right.

Other uses of the term driving wheel

The term driving wheel is sometimes used to denote the drive sprocket which moves the track on tracked vehicles such as tanks and bulldozers. [15] [16]

Many American roots artists, such as The Byrds, Tom Rush, The Black Crowes and the Canadian band Cowboy Junkies have performed a song written by David Wiffen called "Driving Wheel", with the lyrics "I feel like some old engine/ That's lost my driving wheel." [17]

These lyrics are a reference to the traditional blues song "Broke Down Engine Blues" by Blind Willie McTell, 1931. [18] It was later directly covered by Bob Dylan and Johnny Winter.

Many versions of the American folk song "In the Pines" performed by artists such as Leadbelly, Mark Lanegan (on The Winding Sheet ), and Nirvana (On MTV Unplugged In New York ) reference a decapitated man's head found in a driving wheel. [19] In addition, it is likely that Chuck Berry references the locomotive driving wheel in "Johnny B. Goode" when he sings, "the engineers would see him sitting in the shade / Strumming with the rhythm that the drivers made." 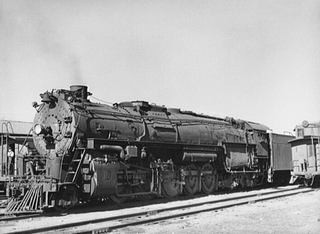 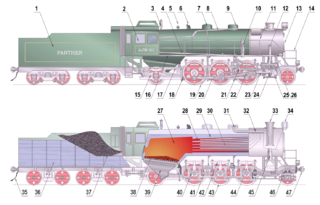 This is a glossary of the components found on typical steam locomotives.

The British Railways Class D3/7 were a class of 0-6-0 diesel electric shunting locomotives built as LMS Nos. 7080–7119. The class were built from May 1939 through to July 1942 by the London, Midland and Scottish Railway at their Derby Works using a diesel electric transmission supplied by English Electric. 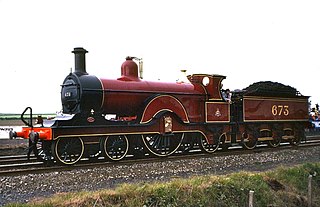 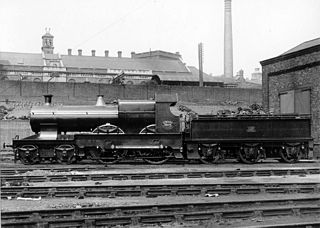 The GWR 4100 Class was a class of steam locomotives in the Great Western Railway (GWR) of the United Kingdom. 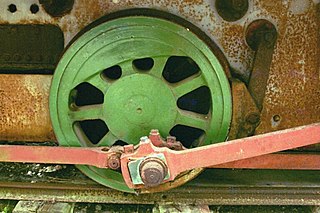 A coupling rod or side rod connects the driving wheels of a locomotive. Steam locomotives in particular usually have them, but some diesel and electric locomotives, especially older ones and shunters, also have them. The coupling rods transfer the power of drive to all wheels. 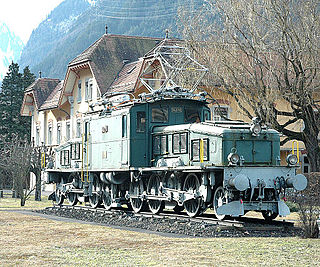 A jackshaft is an intermediate shaft used to transfer power from a powered shaft such as the output shaft of an engine or motor to driven shafts such as the drive axles of a locomotive. As applied to railroad locomotives in the 19th and 20th centuries, jackshafts were typically in line with the drive axles of locomotives and connected to them by side rods. In general, each drive axle on a locomotive is free to move about one inch (2.5 cm) vertically relative to the frame, with the locomotive weight carried on springs. This means that if the engine, motor or transmission is rigidly attached to the locomotive frame, it cannot be rigidly connected to the axle. This problem can be solved by mounting the jackshaft on unsprung bearings and using side-rods or chain drives. 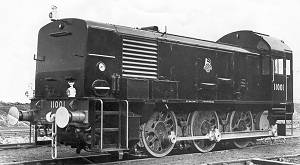 11001 was one of the first British Railways diesel locomotives, built in 1949 at British Railways' Ashford Works. It was designed by O. V. S. Bulleid when he was Chief Mechanical Engineer of the Southern Railway. It was powered by a Paxman RPH Series 1 engine, capable of delivering 500 brake horsepower (370 kW) at 1,250 rpm. It was driven via a Vulcan-Sinclair fluid coupling to an SSS (synchro-self-shifting) Powerflow gearbox. The gearbox provided three forward and reverse gears in either high or low range, with top speed ranging from 5 mph (8 km/h) in 1st gear, low range up to 36 mph (58 km/h). It had an 0-6-0 wheel formation, driven by rods from a rear jackshaft on the final drive, and with Bulleid's favoured BFB wheels.

In rail terminology, the hammer blow is a vertical force which alternately adds to and subtracts from the locomotive's weight on a wheel. It is transferred to the track by the driving wheels of many steam locomotives. It is an out-of-balance force on the wheel. It is the result of a compromise when a locomotive's wheels are unbalanced to off-set horizontal reciprocating masses, such as connecting rods and pistons, to improve the ride. The hammer blow may cause damage to the locomotive and track if the wheel/rail force is high enough. 'Dynamic augment' is the US term for the same force.

A lateral motion device is a mechanism used in some railroad locomotives which permits the axles to move sideways relative to the frame. The device facilitates cornering. 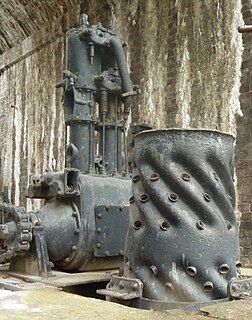 A steam motor is a form of steam engine used for light locomotives. They represented one of the final developments of the steam locomotive, in the final decades of the widespread use of steam power. 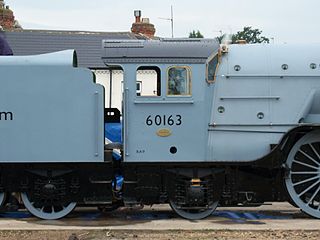 A Cartazzi axle is a design of leading or trailing wheel support used worldwide. The design was used extensively on the former LNER's Pacific steam locomotives and named after its inventor F.I. Cartazzi, formerly of the Great Northern Railway. It should not be confused with a pony truck as it does not pivot at all. The axle does, however, have sideways play built in to accommodate tight curves. Cartazzi's design causes the weight of the locomotive to exert a self-centring action on the trailing wheels. 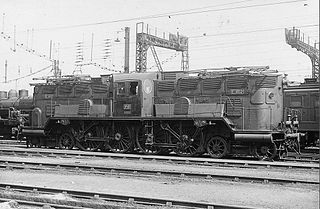 The 2BB2 400 class were two electric locomotives built in 1926 for the Paris Orléans (PO) railway of France. 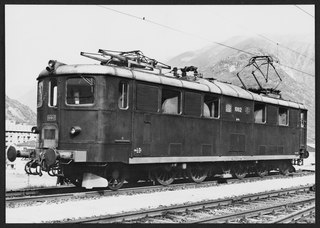 The Swiss locomotive class Ae 4/6 was a class of electric locomotives. They were intended as a powerful locomotive for the steep gradients of the Gotthard Railway, but smaller than the huge 'double locomotives' which had previously been tested there. They were built from 1941, during WWII, and although Switzerland remained neutral through this, material shortages led to some quality problems with these locomotives. 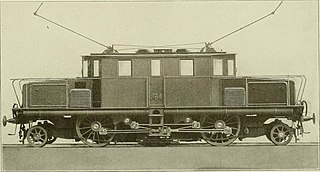 Rigid-framed electric locomotives were some of the first generations of electric locomotive design. When these began the traction motors of these early locomotives, particularly with AC motors, were too large and heavy to be mounted directly to the axles and so were carried on the frame. One of the initial simplest wheel arrangements for a mainline electric locomotive, from around 1900, was the 1′C1′ arrangement, in UIC classification.