E. P. Dutton was an American book publishing company. It was founded as a book retailer in Boston, Massachusetts, in 1852 [1] by Edward Payson Dutton. Since 1986, it has been an imprint of Penguin Group.

In 1852, Dutton founded the E. P. Dutton bookselling company in Boston, Massachusetts. The business sold fiction and non-fiction, and within a short time expanded into the selling of children's literature. In 1864, he opened a branch office to sell books in New York City and in 1869 moved his company's headquarters there and entered the book publishing business. From 1888 onward, he started working with Ernest Nister. In 1906, Dutton struck what proved to be a significant deal with the English publishing company of J. M. Dent to be the American distributor of the Everyman's Library series of classic literature reprints.

Edward Dutton died in 1923, aged 92, but his company continued to flourish and today is an imprint of the Penguin Group.

Dutton expanded to New York City in 1864, where it began publishing religious books. In 1906, Dutton made a deal with English publishing company J. M. Dent to be the American distributor of the Everyman's Library series of classic literature reprints.

John Macrae joined the company in 1885 as an office boy, and in 1923 was named president. In 1928, the publishing and retail divisions were split into two separate businesses with Macrae acquiring the publishing side, operating as E. P. Dutton and Company, Inc.

It published children's books under the Unicorn imprint, with some books published in the 1990s. Dutton Children's Books continues today.

In 1975, Dutton was acquired by the Dutch publisher Elsevier. [2] The following year, Dutton bought Hawthorn Books from W. H. Allen & Co. [3] Dutton lost money under Dutch ownership, and the company was sold to the buyout firm Dyson-Kissner-Moran in 1981. The paperback publisher New American Library acquired Dutton in 1985. [4]

New American Library was acquired by Penguin Group in 1986, and split into two imprints: Dutton and Dutton Children's Books. [5] Dutton is now a boutique imprint within Penguin Group, publishing approximately 40 books for adults per year, half of them fiction and half non-fiction. After the acquisition by Penguin, books to which Penguin acquired the rights as part of the acquisition of Dutton were published in paperback under the imprint Puffin Unicorn (because Puffin has been the longtime paperback imprint for the Penguin Group). Penguin merged with Random House to form Penguin Random House in 2013.

In 2017, sister imprint Blue Rider Press was closed and its books were moved to Dutton. [6]

Donna Jo Napoli is an American writer of children's and young adult fiction, as well as a prominent linguist. 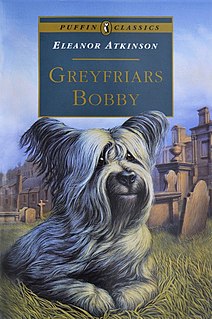 Puffin Books is a longstanding children's imprint of the British publishers Penguin Books. Since the 1960s, it has been among the largest publishers of children's books in the UK and much of the English-speaking world. The imprint now belongs to Penguin Random House, a subsidiary of the German media conglomerate Bertelsmann. 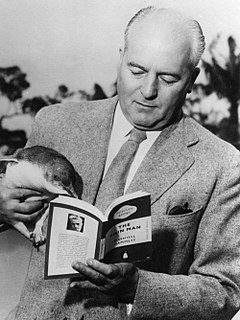 Sir Allen Lane was a British publisher who together with his brothers Richard and John Lane founded Penguin Books in 1935, bringing high-quality paperback fiction and non-fiction to the mass market.

The Dial Press was a publishing house founded in 1923 by Lincoln MacVeagh.