Elmet was a county constituency in West Yorkshire represented in the House of Commons of the Parliament of the United Kingdom. It elected one Member of Parliament (MP) by the first past the post system of election.

The City of Leeds wards of Barwick and Kippax, Garforth and Swillington, Wetherby, and Whinmoor.

The constituency was created in 1983 to cover the far eastern wards of Leeds and neighbouring areas, notably Wetherby, Barwick-in-Elmet, Kippax, Garforth and Swillington. It also includes the Whinmoor area of east Leeds. Initially the Boundary Commission for England proposed calling the constituency Leeds East, with the existing Leeds East constituency being renamed Leeds East Central. [3] This was opposed during local enquiries where the seat was instead named for the ancient kingdom of Elmet although it covers a significantly smaller area. Wetherby and Garforth were the largest settlements in the constituency.

Following their review of parliamentary representations in West Yorkshire, the Boundary Commission for England created a new seat, Elmet and Rothwell, reducing the number of seats in the region by one.

The constituency was created in 1983 from parts of the seats of Barkston Ash, Leeds East, and Normanton. Elmet was historically always a marginal seat due to the demographic makeup of the region, in contrast to Barkston Ash which was traditionally Tory.

After the 1983 general election the metropolitan district of the City of Leeds was represented by the constituencies of Elmet, Leeds Central, Leeds East, Leeds North East, Leeds North West, Leeds West, Morley and Leeds South and Pudsey.

Barwick-in-Elmet is a village in West Yorkshire, 7 miles (11 km) east of Leeds city centre. It is one of only three places in the area to be explicitly associated with the ancient Romano-British kingdom of Elmet, the others being Scholes-in-Elmet and Sherburn-in-Elmet. 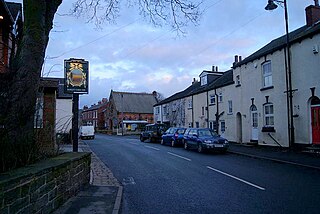 Scholes-in-Elmet is a village in Leeds, West Yorkshire, England. Its name is a plural of Old Norse skáli meaning "temporary shed".

Leeds North East is a constituency which has been represented in the House of Commons of the UK Parliament since 1997 by Fabian Hamilton of the Labour Party. 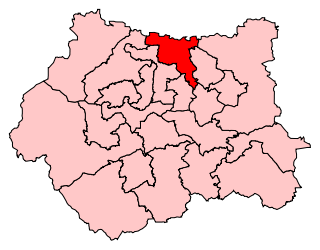 Leeds North West is a constituency in the City of Leeds which has been represented in the House of Commons of the UK Parliament since 2017 by Alex Sobel, of the Labour and Co-operative Party.

Leeds West is a borough constituency in the city of Leeds, West Yorkshire which is represented in the House of Commons of the Parliament of the United Kingdom. It elects one Member of Parliament (MP) by the first-past-the-post system of election. The current MP is Rachel Reeves of the Labour Party — it has been a Labour seat since 1945. She is currently the Shadow Chancellor of the Exchequer and Shadow Minister for the Cabinet Office. 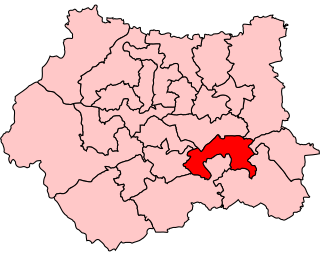 Normanton was a county constituency represented in the House of Commons of the Parliament of the United Kingdom. It elected one Member of Parliament (MP) by the first past the post system of election.

Leeds East is a constituency represented in the House of Commons of the UK Parliament since 2015 by Richard Burgon of the Labour Party. 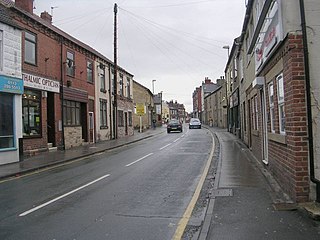 Kippax is a village and civil parish in the City of Leeds metropolitan borough, West Yorkshire, England. It is situated to the east of the city, near to Garforth and Great Preston. The Kippax and Methley ward of Leeds City Council was part of the former UK Parliament constituency of Elmet, which became Elmet and Rothwell at the 2010 UK general election. The population of Kippax parish at the 2011 Census was 9,785. Kippax was a separate civil parish, in Tadcaster Rural District, until 1939, when it was annexed to Garforth. It re-acquired civil parish status and a parish council on 1 April 2004.

Elmet and Rothwell is a constituency in West Yorkshire represented in the House of Commons of the UK Parliament since its creation in 2010 by Alec Shelbrooke, a Conservative. In the 2017 general election, Elmet and Rothwell recorded the largest turnout of any seat in West or South Yorkshire, with almost 60,000 electors casting a vote.

Swillington is a village and civil parish near Leeds, West Yorkshire, England, in the City of Leeds metropolitan borough. It is situated 5 miles (8 km) east from Leeds city centre, north of the River Aire, and is surrounded by streams including Fleakingley Beck. In 2001, Swillington had a population of about 3,530, reducing to 3,381 at the 2011 Census.

Barkston Ash was a parliamentary constituency centred on the village of Barkston Ash in the West Riding of Yorkshire. It was represented in the House of Commons of the Parliament of the United Kingdom from 1885 until 1983. It elected one Member of Parliament (MP) by the first past the post system of election.

Swarcliffe, originally the Swarcliffe Estate, is a district of Leeds, West Yorkshire, England. It is 4.9 miles (8 km) east of Leeds city centre, and within the LS14 and LS15 Leeds postcode area. The district falls within the Cross Gates and Whinmoor ward of the Leeds Metropolitan Council. 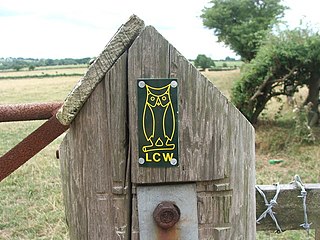 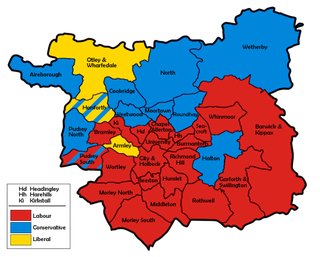 Elections to Leeds City Council were held on Thursday, 6 May 1982, with one-third of the council to be elected. As well as that, there was a vacancy to fill after the defection of Whinmoor incumbent Edward Hewitt to the newly formed Alliance between the Liberal Party and the Labour-breakaway Social Democratic Party in February, following his colleague and Headingley councillor, Ernest Millet, who had also defected to the SDP two months prior.