The Game Critics Awards are a set of annual awards held after the E3 video game conference since 1998. The awards are given to products displayed at E3 with the title Best of E3 of their category.

The nominees and winners of the awards are chosen by individual judges representing 35 (as of 2011) major North American media outlets. [1] The awards are given independently of the Expo's organizers. [2]

Note on "all systems" as platform: Because games shown at E3 may still be in development, the platforms for which the game is published might differ. 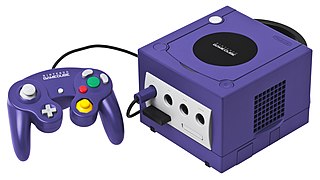 Eurocom was a British video game developer founded in October 1988 by Mat Sneap, Chris Shrigley, Hugh Binns, Tim Rogers and Neil Baldwin, to specifically develop games for the Nintendo Entertainment System. Eurocom expanded to several other platforms, including handheld game systems and most major video game consoles. The company was known for its arcade to console ports and games based on licensed properties. They also developed a few original properties, such as Magician, Machine Hunter, 40 Winks, and Sphinx and the Cursed Mummy.

Eighting Co., Ltd., stylized as 8ing, is a Japanese video game developer and publisher. It was formerly known as Raizing. It is known for its shoot 'em ups and its licensed fighting games.

Krome Studios Pty Ltd. is an Australian video game company. Its headquarters were in Brisbane and it previously had offices in Adelaide and Melbourne. Krome Studios is best known for their Ty the Tasmanian Tiger games and for their reboot of the Spyro the Dragon series. Krome has created games for the Xbox, GameCube, Wii, Game Boy Advance, Dreamcast, PlayStation, PlayStation 2, Macintosh and PC. Krome has also developed for Xbox 360, PlayStation 3, Wii, PlayStation Portable, Windows Phone 7 and iOS.

Tantalus Media is a video game developer based in Melbourne, Australia, founded in 1994 by former Beam Software programmers Trevor Nuridin, Tim Bennett and Andrew Bailey. In the mid 1990s Tantalus was partly owned by UK developer Perfect Entertainment, which secured contracts with Psygnosis for ports of their popular PlayStation games to the Sega Saturn. During this time, Tantalus was known as Tantalus Entertainment, but reverted to Tantalus Interactive after they became independent when separating from Perfect in 1998. Private investment then allowed the business to develop its in-house title 7th Gear to the point it was able to secure a contract from Acclaim to use the game engine for a "kart" style game with the South Park license. The company changed its name to Tantalus Media in 2007 following a hostile buy out from then CEO Tom Crago and an investment from private equity company Netus. In 2010 following the completion of the DS & PSP title Megamind: The blue defender, CEO Tom Crago re-acquired the business from Netus. 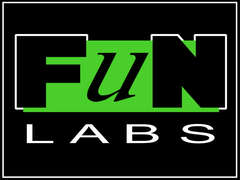 Fun Labs is a video game developer from Bucharest, Romania, founded in 1999. It is part of a larger group of Romanian companies that includes Sand Grain Studios and Magic Wand Productions. Together, they create hunting games based on the Cabela's license on behalf of Activision.

The eighth generation of video game consoles primarily includes the home video game consoles of the Wii U released in 2012, the PlayStation 4 family in 2013, and the Xbox One family in 2013; the handheld game consoles of the Nintendo 3DS in 2011, and the PlayStation Vita in 2011; as well as the hybrid game console, the Nintendo Switch in 2017, which played as a handheld but could be docked and played like a home console. Additional microconsoles, including several retro gaming consoles featuring emulated games from past console generations, were also released during this period.

The Japanese video game magazine Famitsu assigns scores to video games by having four reviewers each give a score from 0 to 10. The scores of the four reviewers are then added up for a maximum possible score of 40. From the twenty two games awarded with a perfect score as of 2016, three are for the Nintendo DS and five are for the Wii. The PlayStation 3 also has five games with a perfect score and the Xbox 360 has four, with both consoles having two titles in common. The others are for different platforms with only one title each. Franchises with multiple perfect score winners include The Legend of Zelda with four, Metal Gear with three, followed by Dragon Quest and Final Fantasy with two.