The East Japan Railway Company is a major passenger railway company in Japan and is the largest of the seven Japan Railways Group companies. The company name is officially abbreviated as JR-EAST or JR East in English, and as JR Higashi-Nihon in Japanese. The company's headquarters are in Yoyogi, Shibuya, Tokyo, next to Shinjuku Station. It is listed in the Tokyo Stock Exchange, is a constituent of the TOPIX Core30 index, and is also one of the three only Japan Railways Group constituents of the Nikkei 225 index, the other being JR Central and JR West. 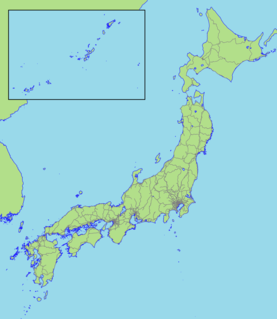 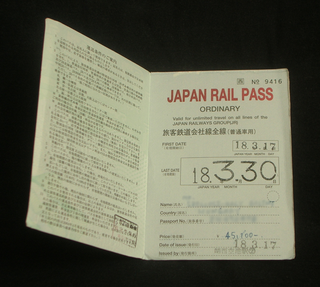 The Architectural Institute of Japan, or AIJ, is a Japanese professional body for architects, building engineers, and researchers in architecture.

The Japan Institute of Architects is a voluntary organization for architects in Japan, and an affiliated organization of the Union Internationale des Architectes (UIA). The institution was founded in May 1987 and includes round about 4,100 members today.

The KiHa 40 series is a diesel multiple unit (DMU) train type introduced by Japanese National Railways (JNR) in 1977 and operated by all of the Japan Railways Group companies on suburban and rural services in Japan.It also served in other private railway companies in Japan since 2017 following the removal of service which have been pulled out by Japan Railways group and also served in overseas operations in Myanmar since 2011.

Station Numbering is a sign system used by some railway companies in Japan, which assigns station codes consisting of a couple of letters and numbers to train stations. It aims to facilitate navigation for foreign travelers not familiar with the local language by using globally understood characters. The same system is also adopted by some railway companies in other countries/regions such as Mainland China, Taiwan, South Korea, Singapore, the United States, and Thailand.