Jive Records was an American independent record label formed in 1981 and was owned by Sony Music Entertainment since 2003. Formerly headquartered in New York City, Jive was best known for its string of successes with hip hop artists in the 1980s and 1990s, and also in teen pop and boy bands during the late 1990s and early 2000s. Since 2011, the label has been in hibernation with its previous operations having been absorbed by RCA Records.

In 1971, South African musicians Clive Calder and Ralph Simon began a publishing and management company. It was named Zomba Records and relocated to London, England, four years later; their first client was a young Robert "Mutt" Lange. Zomba originally wanted to avoid record labels, choosing instead to focus on their songwriters and producers while allowing other established labels to release the material. [2] Later that decade, the company opened offices in the US, where Calder began a business relationship with Clive Davis, whose Arista Records began releasing material by Zomba artists.

1980s: Formation and early distribution at Arista and RCA

In 1981, Zomba formed Jive Records, whose operations began with the release of British dance and pop music such as Q-Feel, A Flock of Seagulls, and Tight Fit. [1] Its name was inspired by township Jive, a type of music that originated in South Africa. [3] Davis had hoped that Zomba's connection with Mutt Lange would help alleviate the difficulties Arista was having finding potentially successful rock acts.

By 1982, Calder was introduced to Barry Weiss, a young college graduate who took Calder out to hip-hop clubs in New York City for his job interview with Zomba. He was immediately impressed: Together, they began grooming musicians for what would eventually become Whodini. After two days, the group created and recorded its hit single "Magic's Wand." While the group would eventually leave Jive, the early success allowed the label to focus on hip-hop artists throughout the 1980s. [1] In 1987, Jive cut distribution ties with Arista, effectively separating them from Davis's authority, who eschewed Hip Hop. As the 1980s drew to a close, the label entered a distribution deal with Arista's sister label RCA Records, and it continued to sign Hip hop acts including DJ Jazzy Jeff & The Fresh Prince, Too $hort, Schoolly D and even Kid Rock.

In 1991, Jive's distribution deal with RCA expired. At this time, Bertelsmann Music Group acquired a minority share of the label and began to distribute its records directly. By the early 1990s, Jive had opened offices in Chicago as well and had also become a premier label in the genres of Hip Hop and R&B with the success of D-Nice, E-40, UGK, A Tribe Called Quest, Hi-Five, KRS-One/Boogie Down Productions, R. Kelly and Aaliyah. By the late 1990s, Jive began signing pop acts Backstreet Boys, NSYNC and Britney Spears. All three achieved massive success as the 2000s dawned, becoming the three best-selling acts in the label's history.

Weiss became CEO and president of Jive Records in 1991. After two decades, he left Jive in March 2011 for Universal Music Group. [4]

2000s: Acquisition by BMG and Sony

In 2003, BMG acquired the remainder of Jive's parent company Zomba for US$2.74 billion, which at the time was the largest-ever acquisition of an independent label with major-label distribution. The following year, BMG merged with Sony Music Entertainment to form Sony BMG. During this time, Jive's management and distribution were briefly configured under the newly formed Zomba Label Group. Zomba Label Group, along with Jive, would later be absorbed into the RCA Music Group. In 2008, Sony and BMG dissolved its merger, with the former buying out shares of the latter. As a result of Sony's buyout, Jive (along with its BMG sisters RCA and Arista) became a wholly owned unit of a refreshed Sony Music Entertainment. The label was later reorganized with some artists moving to a restructured Epic Records, while others remained with Jive at RCA Music Group. [5] [6]

On October 7, 2011, it was announced that Jive, along with Arista and J Records, would be retired to refresh and re-brand RCA Records by not confusing or diluting it with other labels. [7] All retained artists on those labels were moved to RCA Records. [8] The label is currently in hibernation, with the distribution of its back catalog handled by Sony Music's Legacy Recordings. Previously, the Jive brand was being exclusively used under the Sony Music France division under the name Jive Epic in France until 2019, when it was absorbed into RCA Records France. [9]

RCA Records is an American record label owned by Sony Music Entertainment, a subsidiary of Sony Corporation of America. It is one of Sony Music's four flagship labels, alongside RCA's former long-time rival Columbia Records; also Arista Records, and Epic Records. The label has released multiple genres of music, including pop, classical, rock, hip hop, afrobeat, electronic, R&B, blues, jazz, and country. Its name is derived from the initials of its defunct parent company, the Radio Corporation of America (RCA). It was fully acquired by Bertelsmann in 1986, making it a part of Bertelsmann Music Group (BMG). RCA Records became a part of Sony BMG Music Entertainment after Sony and BMG merged in 2004; it was acquired by the former in 2008, after the dissolution of Sony BMG and the restructuring of Sony Music. It is the second-oldest record label in American history, after sister label Columbia Records.

Arista Records, Inc. is an American record label owned by Sony Music Entertainment, a subsidiary of Sony Corporation of America, the North American division of the Japanese conglomerate Sony. The label was previously handled by Bertelsmann Music Group. The label was founded in 1974 by Clive Davis. Along with Epic Records, RCA Records, and Columbia Records, Arista is one of Sony Music's four flagship record labels. 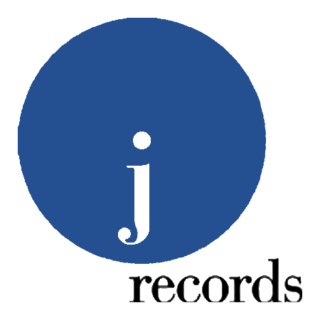 J Records is an American record label owned and operated by Sony Music Entertainment, and was distributed through the RCA Music Group. The label was founded in 2000 by Clive Davis and was dissolved into RCA Records in 2011.

BMG Heritage Records was the record label of the BMG Strategic Marketing Group reissue division of Sony BMG Music Entertainment which handled the reissue of recordings first issued on the RCA Victor, Arista, Buddah, Windham Hill and Jive Records, as well as other labels BMG or predecessor companies acquired over the years. It was founded on November 2001 and formally established on January 1, 2002 as the successor company to the Buddha Records reissue label. In 2005, Sony BMG folded BMG Heritage into Legacy Recordings.

Clive Ian Calder is a South African-born British billionaire record executive and businessman primarily known for co-founding the Zomba Group with Ralph Simon, and its subsidiary Jive Records. As of September 2020, Calder is worth $5.8 billion.

Battery Records is a hip-hop label started by Neil Levine under Zomba Label Group, which is currently owned by Sony Music Entertainment. The label was launched mid-2008 by Sony BMG Music Entertainment. The label primarily focuses on new talent, often overseeing early-stage development for acts that are destined for other labels such as J Records or Jive. However, it also serves established artists looking for non-traditional deals, such as releasing Q-Tip's long-awaited solo album Kamaal the Abstract, which had been shelved nearly seven years prior.

LaFace Records was an American record label based in Atlanta, Georgia, that operated as a unit of Sony Music Entertainment from 2008 to 2011 and was historically a part of Bertelsmann Music Group from 1989 to 2004. It was most active and achieved its greatest commercial success during the 1990s; dealing largely in the field of urban music. It was originally distributed by its co-creator Arista Records from 1989 through 2001; after which it was shuttered and absorbed into Arista. In 2004, the label was rebooted, and it began operating through Jive Records until both were absorbed into RCA Records in 2011. Today, the label's back catalog and reissues are managed by Legacy Recordings.