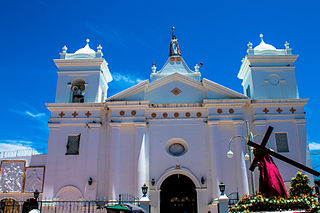 Sensuntepeque is a town and municipality in the Cabañas department of El Salvador. It is the seat of the department and principal town in the area. Sensuntepeque is located about 83 kilometres (52 mi) northeast of the capital, San Salvador, at an altitude of 820 metres (2,690 ft).

Presidential elections were held in El Salvador between 14 and 16 January 1945. The result was a victory for Salvador Castaneda Castro of the Social Democratic Unification Party. The election was boycotted by five candidates who withdrew after accusing Osmín Aguirre y Salinas of unfair practices to ensure victory for his favoured candidate. 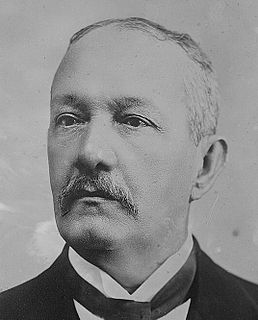 Presidential elections were held in El Salvador on 12 January 1915. Carlos Meléndez Ramirez was the only candidate, and was elected unopposed.

Presidential elections were held in El Salvador between January 12 and 14 1919. The result was a victory for Jorge Meléndez, who was the only candidate.

Presidential elections were held in El Salvador on 14 January 1923. The result was a victory for Alfonso Quiñónez Molina, who was the only candidate.

Presidential elections were held in El Salvador on 9 January 1927. The result was a victory for Pío Romero Bosque, who was the only candidate

The Catalan donkey is a breed of large domestic donkey from Catalonia, in north-eastern Spain and south-western France. Approximately 80% of the population is in Catalonia, and approximately 20% is in Northern Catalonia.

The Rubia Gallega, Galician: Rubia Galega, is a breed of cattle native to the autonomous community of Galicia in north-western Spain. It is raised mainly for meat. It is distributed throughout Galicia, with about 75% of the population concentrated in the province of Lugo. The coat may be red-blond, wheaten, or cinnamon-coloured. 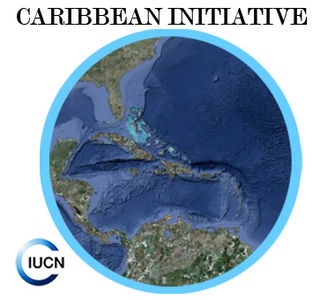 The Caribbean Initiative is the most recent initiative of the IUCN.

Estela Gavidia was the first woman to graduate as a doctor in El Salvador, which occurred in 1945. She specialized in gynecology. At the time of her graduation, she was married and known as Dr. Grabowski, though she was eventually widowed.

The Chorro El Indio National Park Is a national park of Venezuela located to the east of San Cristóbal, Táchira State, in the mountain range the Maravilla, has access by the highway San Cristóbal - Macanillo - Potosí.

The General Juan Pablo Peñaloza National Park Also Páramos Batallón y La Negra National Park Is a national park of Venezuela that is formed by several páramos: Among them Batallón and La Negra, which are an important source of water supply. It is located between the states Mérida and Táchira, northwest of the Táchira depression in the Páramos de El Batallón and La Negra in Venezuela.

The Spanish Trotter, Spanish: Trotador Español, is the national breed of trotting horse of Spain. It is reared almost exclusively in the Balearic Islands in the Mediterranean, predominantly in the island of Mallorca, but also in Menorca and Ibiza.