Lois Mitchell Haibt (born 1934) is an American computer scientist best known for being a member of the ten-person team at IBM that developed FORTRAN, the first successful high-level programming language. She is known as an early pioneer in computer science.

Haibt studied mathematics at Vassar College with an academic scholarship. She graduated with a bachelor's degree in 1955. While at Vassar, Haibt worked at Bell Laboratories during the summer. [1]

Immediately after graduating from Vassar, Haibt began working at IBM. [2] She started with an annual salary of $5,100, despite her lack of prior programming experience. This sum was almost double the amount that she would have made at Bell Laboratories. Haibt inferred that any job with such a high salary would be difficult, but fascinating. [3] She was part of an academically diverse team of ten young people with varying academic degrees and unrelated areas of expertise, such as crystallography and cryptography. Experience with mathematics was their one common connection. [3] Haibt was the only woman on the team. [3]

According to Haibt, the team worked well together: "No one was worried about seeming stupid or possessive of his or her code. We were all just learning together." [2] The FORTRAN team worked nontraditional hours so that they could have unlimited access to the IBM 704 computer. [2] They frequently rented rooms at the nearby Langdon Hotel in order to sleep during the day and work at night. [2]

Haibt is a member of the Mathematical Association of America. [1]

Haibt was in charge of section four of the FORTRAN project. [4] She analyzed the flow of programs produced by other sections of the compiler. [5] Her estimates of flow in high-traffic areas of the computer were obtained by calculating how often basic blocks of the program would execute. Haibt employed Monte Carlo methods (statistical analysis) for these calculations. [2] Through this process, she also created the first syntactic analyzer of arithmetic expressions. [6] Haibt planned and programmed the entire section. [4] Haibt was also part of an eleven-person team to develop and release the first reference manual for FORTRAN in 1956. [7]

Lois Haibt was married to Luther Haibt (May 4, 1929 – December 3, 2000), a systems analyst at IBM in Thornwood, NY. [8] The Haibts spent their adult lives in New York state. Haibt's daughter, Carolyn, attended Princeton University for her bachelor's degree and went on to receive a Ph.D. in mathematics from the Massachusetts Institute of Technology. [8] Haibt's hobbies include interior decorating and reading. [1] 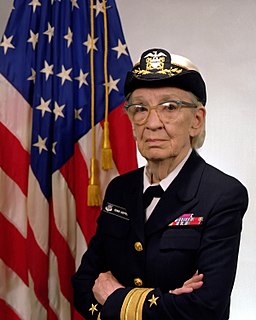 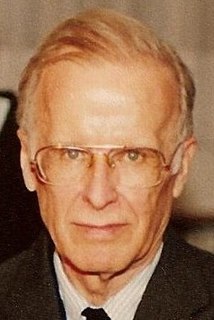 John Cocke was an American computer scientist recognized for his large contribution to computer architecture and optimizing compiler design. He is considered by many to be "the father of RISC architecture."

Thomas Eugene Kurtz is a retired Dartmouth professor of mathematics and computer scientist, who along with his colleague John G. Kemeny set in motion the then revolutionary concept of making computers as freely available to college students as library books were, by implementing the concept of time-sharing at Dartmouth College. In his mission to allow non-expert users to interact with the computer, he co-developed the BASIC programming language and the Dartmouth Time Sharing System during 1963 to 1964.

Cleve Barry Moler is an American mathematician and computer programmer specializing in numerical analysis. In the mid to late 1970s, he was one of the authors of LINPACK and EISPACK, Fortran libraries for numerical computing. He invented MATLAB, a numerical computing package, to give his students at the University of New Mexico easy access to these libraries without writing Fortran. In 1984, he co-founded MathWorks with Jack Little to commercialize this program. 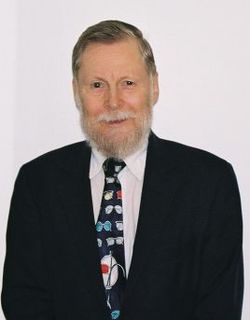 Roger D. Moore was the 1973 recipient of the Grace Murray Hopper Award from the Association for Computing Machinery (ACM). It was given: "For their work in the design and implementation of APL\360, setting new standards in simplicity, efficiency, reliability and response time for interactive systems." 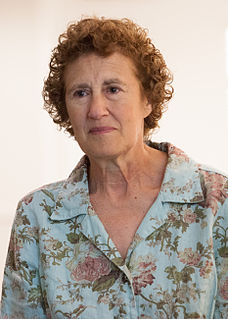 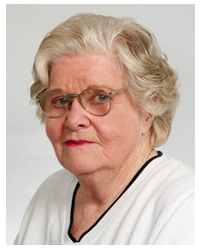 Jean Jennings Bartik was one of the original programmers for the ENIAC computer.

Daniel D. McCracken was a computer scientist in the United States. He was a Professor of Computer Sciences at the City College of New York, and the author of over two dozen textbooks on computer programming, with an emphasis on guides to programming in widely used languages such as Fortran and COBOL. His A Guide to Fortran Programming and its successors were the standard textbooks on that language for over two decades. His books have been translated into fourteen languages.

Frances Elizabeth "Fran" Allen is an American computer scientist and pioneer in the field of optimizing compilers. Allen was the first female IBM Fellow and in 2006 became the first woman to win the Turing Award. Her achievements include seminal work in compilers, program optimization, and parallelization. Since 2002, she has been a Fellow Emerita from IBM.

Roy Nutt was an American businessman and computer pioneer. He was a co-creator of Fortran and co-founded Computer Sciences Corporation. 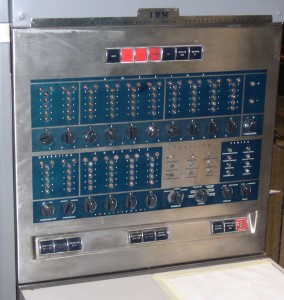 Cuthbert Corwin Hurd was an American computer scientist and entrepreneur, who was instrumental in helping the International Business Machines Corporation develop its first general-purpose computers. 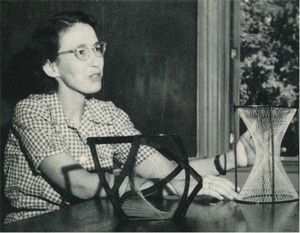 Winifred "Tim" Alice Asprey was an American mathematician and computer scientist. She was one of only around 200 women to earn PhDs in mathematics from American universities during the 1940s, a period of women's underrepresentation in mathematics at this level. She was involved in developing the close contact between Vassar College and IBM that led to the establishment of the first computer science lab at Vassar. 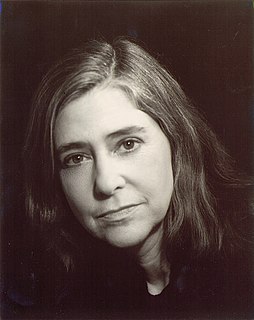 Margaret Heafield Hamilton is an American computer scientist, systems engineer and business owner. She was director of the Software Engineering Division of the MIT Instrumentation Laboratory, which developed on-board flight software for NASA's Apollo space program. She later founded two software companies—Higher Order Software in 1976 and Hamilton Technologies in 1986, both in Cambridge, Massachusetts.

Ann Hardy is an American computer programmer and entrepreneur, best known for her pioneering work on computer time-sharing systems while working at Tymshare from 1966 onwards.