Last updated May 07, 2021
Software version that is stable and supported under a long-term or extended contract

Long-term support (LTS) is a product lifecycle management policy in which a stable release of computer software is maintained for a longer period of time than the standard edition. The term is typically reserved for open-source software, where it describes a software edition that is supported for months or years longer than the software's standard edition.

Short term support (STS) is a term that distinguishes the support policy for the software's standard edition. STS software has a comparatively short life cycle, and may be afforded new features that are omitted from the LTS edition to avoid potentially compromising the stability or compatibility of the LTS release. [1]

LTS applies the tenets of reliability engineering to the software development process and software release life cycle. Long-term support extends the period of software maintenance; it also alters the type and frequency of software updates (patches) to reduce the risk, expense, and disruption of software deployment, while promoting the dependability of the software. It does not necessarily imply technical support.

At the beginning of a long-term support period, the software developers impose a feature freeze: They make patches to correct software bugs and vulnerabilities, but do not introduce new features that may cause regression. The software maintainer either distributes patches individually, or packages them in maintenance releases, point releases, or service packs. At the conclusion of the support period, the product either reaches end-of-life, or receives a reduced level of support for a period of time (e.g., high-priority security patches only). [2]

Before upgrading software, a decision-maker might consider the risk and cost of the upgrade. [3]

As software developers add new features and fix software bugs, they can accidentally introduce new bugs or break old functionality. [4] When such a flaw occurs in software, it is called a regression . [4] Two ways that a software publisher or maintainer can reduce the risk of regression are to release major updates less frequently, and to allow users to test an alternate, updated version of the software. [3] [5] LTS software applies these two risk-reduction strategies. The LTS edition of the software is published in parallel with the STS (short-term support) edition. Since major updates to the STS edition are published more frequently, it offers LTS users a preview of changes that might be incorporated into the LTS edition when those changes are judged to be of sufficient quality.

While using older versions of software may avoid the risks associated with upgrading, it may introduce the risk of losing support for the old software. [6] Long-term support addresses this by assuring users and administrators that the software will be maintained for a specific period of time, and that updates selected for publication will carry a significantly reduced risk of regression. [2] The maintainers of LTS software only publish updates that either have low IT risk or that reduce IT risk (such as security patches). Patches for LTS software are published with the understanding that installing them is less risky than not installing them.

This table only lists those have a specific LTS version in addition to a normal release cycle. Many projects, such as CentOS, provide a long period of support for every release.

1. ^ The support period for Ubuntu's parent distribution, Debian, is one year after the release of the next stable version. [43] [44] Since Debian 6.0 "Squeeze", LTS support (bug fixes and security patches) was added to all version releases. [45] The total LTS support time is generally around 5 years for every version. [46] [47] Due to the irregular release cycle of Debian, support times might vary from that average [47] and the LTS support is done not by the Debian team but by a separate group of volunteers. [48] 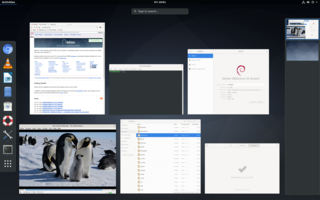 Debian, also known as Debian GNU/Linux, is a Linux distribution composed of free and open-source software, developed by the community-supported Debian Project, which was established by Ian Murdock on August 16, 1993. The first version of Debian (0.01) was released on September 15, 1993, and its first stable version (1.1) was released on June 17, 1996. The Debian Stable branch is the most popular edition for personal computers and servers. Debian is also the basis for many other distributions, most notably Ubuntu. 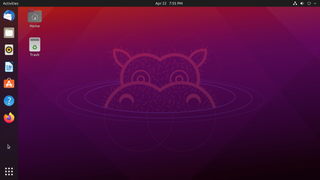 Technical variations of Linux distributions include support for different hardware devices and systems or software package configurations. Organisational differences may be motivated by historical reasons. Other criteria include security, including how quickly security upgrades are available; ease of package management; and number of packages available.

Kubuntu is an official flavour of the Ubuntu operating system that uses the KDE Plasma Desktop instead of the GNOME desktop environment. As part of the Ubuntu project, Kubuntu uses the same underlying systems. Every package in Kubuntu shares the same repositories as Ubuntu, and it is released regularly on the same schedule as Ubuntu.

Nexenta OS, officially known as the Nexenta Core Platform, is a discontinued computer operating system based on OpenSolaris and Ubuntu that runs on IA-32- and x86-64-based systems. It emerged in fall 2005, after Sun Microsystems started the OpenSolaris project in June of that year. Nexenta Systems, Inc. initiated the project and sponsored its development. Nexenta OS version 1.0 was released in February 2008.

Free60 is the successor to the Xbox Linux Project that aims to put Linux, BSD, or Darwin on the Microsoft Xbox 360 using a software or hardware based "hack". The Xbox 360 uses hardware encryption and will not run unsigned code out of the box. 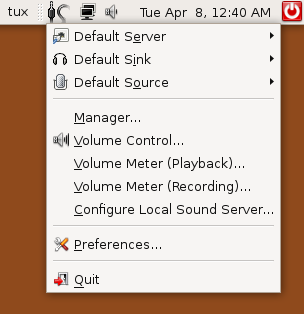 PulseAudio is a network-capable sound server program distributed via the freedesktop.org project. It runs mainly on Linux, various BSD distributions such as FreeBSD and OpenBSD, macOS, as well as Illumos distributions and the Solaris operating system.

Linux Mint is a community-driven Linux distribution based on Ubuntu, bundled with a variety of free and open-source applications. It can provide full out-of-the-box multimedia support for those who choose to include proprietary software such as multimedia codecs. 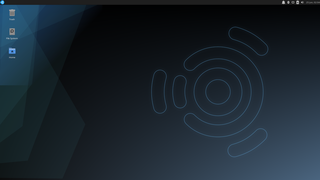 Ubuntu Studio is a recognized flavor of the Ubuntu Linux distribution, which is geared to general multimedia production. The original version, based on Ubuntu 7.04, was released on 10 May 2007.

GetDeb was an Ubuntu software portal providing legacy versions of software included in Old LTS Ubuntu versions, and software that is omitted from the official repositories. PlayDeb was a sister project with an explicit focus on games. The names come from the .deb package format used by Ubuntu. GetDeb and PlayDeb services can also be used by Ubuntu derivatives starting with 16.04 as the 14.04 packages were removed once when Ubuntu 14.04 reached EOL. Both websites have been redirected to a spam site, and should no longer be trusted. 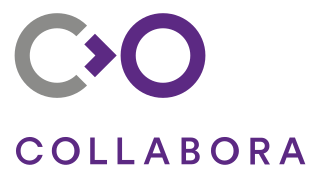 Collabora is a global private company headquartered in Cambridge, United Kingdom, with offices in Cambridge and Montreal. It provides open-source consultancy, training and products to companies.

Ksplice is an open-source extension of the Linux kernel that allows security patches to be applied to a running kernel without the need for reboots, avoiding downtimes and improving availability. Ksplice supports only the patches that do not make significant semantic changes to kernel's data structures.

Ubuntu releases are made semiannually by Canonical Ltd, the developers of the Ubuntu operating system, using the year and month of the release as a version number. The first Ubuntu release, for example, was Ubuntu 4.10 and was released on 20 October 2004. Consequently, version numbers for future versions are provisional; if the release is delayed until a different month to that planned, the version number will change accordingly.

Up to 2014 there had been two Linux Mint releases per year, about one month after the Ubuntu releases they were based on. Each release was given a new version number and a code name, using a female first name starting with the letter whose alphabetical index corresponds to the version number and ending with the letter "a". There is also an OEM version for ease of installation for hardware manufacturers.

Peppermint OS is a Linux OS based on Lubuntu, which itself is a derivative of the Ubuntu Linux operating system that uses the LXDE desktop environment. It aims to provide a familiar environment for newcomers to Linux, which requires relatively low hardware resources to run. 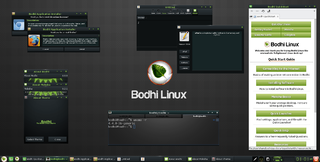 Debian releases do not follow a fixed schedule. Recent releases have been made roughly biennially by the Debian Project.

KDE neon is a Linux distribution developed by KDE based on the most recent Ubuntu long-term support (LTS) release, bundled with a set of additional software repositories containing the latest 64-bit versions of the Plasma 5 desktop environment/framework, Qt 5 toolkit and other compatible KDE software. First announced in June 2016 by Kubuntu founder Jonathan Riddell following his departure from Canonical, it has been adopted by a steadily growing number of Linux users, regularly appearing in the Top 20 on DistroWatch.com's popularity tables. It targets the same user demographic as Ubuntu's official KDE Plasma-focused distribution, Kubuntu, differing primarily in the much shorter time-frame for users to receive updated Qt and KDE software. It is offered in four release channels: User, Testing, Unstable and Developer Editions.

The Linux kernel is a free and open-source, monolithic, Unix-like operating system kernel. It was conceived and created in 1991 by Linus Torvalds.