Longley Park Sixth Form is a 16-18 academy and was previously a further education sixth form in the Longley area of Sheffield, South Yorkshire, England. It is not to be confused with the multi-campus Sheffield College. Longley Park Sixth Form was established in 2004 with circa 1,200 students enrolled. It is part of the Brigantia Learning Trust, an academies partnership with feeder school Hinde House 3-16 School.

It opened to the public and to students in September 2004 at a cost of £8.5 million. The sixth form has been visited by both the former Prime Minister Tony Blair and the former Home Secretary David Blunkett MP (who both opened it). It is just north of the Northern General Hospital on Barnsley Road (A6135), although the entrance is on Horninglow Road. It was designed by Ellis Williams of Preston Brook and built by Kier Northern.

In 2015 they had awards where David Blunkett was present. [1]

The Sixth Form provides a range of different courses for students between the age of 16-19 to choose at GCSE, BTEC, and A level (AS/A2).

The sixth form has many different resources. These range from Interactive whiteboards in each class room, to the Learning Resource Centre (LRC). The sixth form also has a Virtual Learning Environment (VLE) which is powered by the Open Source Course Management System (CMS), Moodle. 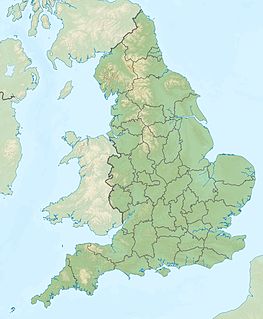 Sheffield is a city and metropolitan borough in South Yorkshire, England. The name derives from the River Sheaf which runs through the city. It is a historic part of Yorkshire, although some southern suburbs have been annexed from Derbyshire. 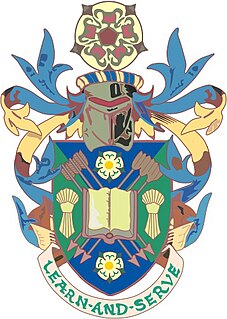 Greenhead College is a sixth form college, and former grammar school, located in Huddersfield, in the county of West Yorkshire, England. The current principal is Simon Lett. With over 2300 students, it is a large sixth form college, attracting students from as far afield as Wakefield, Manchester, Barnsley, Bradford, Leeds, Halifax, Wetherby and even Wales. It is located next to Greenhead Park which is one of the largest parks in Huddersfield.

BSix Sixth Form College: Brooke House is a sixth form college located in Upper Clapton, London, England. It was established in 2002, giving students in Hackney the opportunity to study at a college close to where they live. Brooke House has previously been the site of other educational institutions.

Firth Park Academy is a coeducational secondary school with academy status, located in the Shiregreen area of Sheffield, England.

David Blunkett, Baron Blunkett, is a British politician, now in the House of Lords, who was MP for the Sheffield Brightside and Hillsborough constituency for 28 years until the 2015 general election, when he stood down. Blind since birth, and coming from a poor family in one of Sheffield's most deprived districts, he rose to become Education and Employment Secretary, Home Secretary and Work and Pensions Secretary in Tony Blair's Cabinet following Labour's victory in the 1997 general election. 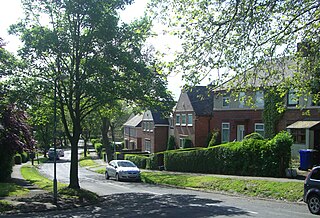 Longley is a suburb of the City of Sheffield, in South Yorkshire, England. It lies four km north of the city centre and is a residential neighbourhood made up mostly of housing built by Sheffield City Council in the late 1920s. The suburb falls within the Firth Park ward of the City.

New College Worcester is an independent boarding and day school for students, aged 11–19, who are blind or partially sighted. It caters for around 80 students. It is located in the city of Worcester, England. A 2012 Ofsted inspection classed the school with a Grade 2 (Good). The school has also been featured in the Good Schools Guide.

Yewlands Academy is a secondary school with academy status located in the Grenoside area of Sheffield, South Yorkshire, England. Until March 2018, it was managed by the Wakefield City Academies Trust. Following the collapse of the trust, it was taken over by the Brigantia Learning Trust who manage the nearby schools Hinde House School and Longley Park Sixth Form College.

Totton College is a further education college located in Totton, Hampshire, providing courses for mainly 16- to 19-year-olds as well as adult education courses. These include BTECs, NVQs, GCSEs and Access courses. Courses are also available to students aged 14 and above who would benefit from additional hands-on experience and training in addition to their mainstream learning. A range of accredited professional and leisure courses are available to adults both in the daytime and evening.