The Lubbock Avalanche was founded in 1900 by John James Dillard and Thad Tubbs. According to Dillard, the name "Avalanche" was chosen due to his desire that the newspaper surprise the citizens of Lubbock. [3] The newspaper was sold to James Lorenzo Dow in 1908. In 1922, the Avalanche became a daily newspaper (except for Mondays) and a year later added a morning edition.

In 1926, the owners of the rival Lubbock Daily Journal, editor Charles A. Guy and partner Dorrance Roderick, bought The Avalanche to form The Lubbock Avalanche-Journal. The pair partnered with Houston Harte and Bernard Hanks, later of Harte Hanks, as well as J. Lindsay Nunn of The Amarillo Daily News and Post. In 1928, Guy, Roderick, and Nunn bought control of the Avalanche-Journal from Harte and Hanks. [4] Guy was named editor and publisher in 1931 of The Avalanche-Journal, a position he held until 1972. [5] Other journalists to serve as editor were Jay Harris, Burle Pettit, Randy Sanders, Terry Greenberg and James Bennett.

On Tuesday, May 12, 1970, the day after a massive F5 tornado had devastated much of downtown Lubbock — including the Avalanche-Journal building at 8th Street and Avenue J — the newspaper managed to publish an eight-page edition by dictating reports to its sister paper, the Globe-News, in Amarillo, Texas. That morning a print run of 60,000 copies bearing the page-one headline "Twister Smashes Lubbock, 20 Dead, Hundreds Injured," the first printed news of the storm, went out from Amarillo, 100 miles north of Lubbock. The May 13 edition, listing names of the known dead, was published in the same manner, and by May 14 The Avalanche-Journal was again printed locally. [7]

During strikes over crop support prices in 1977, an editorial published in the Lubbock Avalanche-Journal infuriated farmers, who blockaded the newspaper's delivery docks with their tractors. The unsigned editorial accused farmers of using the "anti-social tactics of union goons." Farmers demanded an apology and formed a tractor blockade, preventing trucks from delivering newspapers. Editor Jay Harris spoke with the farmers and indicated the editorial was not intended to imply that the farmers were goons. [8]

In 2008, The Avalanche-Journal led an investigation into the 1985 rape conviction of Tim Cole, a Texas Tech University student who had died in prison in 1999 at the age of thirty-nine. The A-J’s three-part series on Cole’s exoneration in light of DNA evidence, “Hope Deferred,” helped prompt a legislative ruling in Texas permitting posthumous pardons, and on March 1, 2010, Governor Rick Perry granted the state's first posthumous pardon to Cole. [9]

The Avalanche-Journal launched a full-color lifestyle publication, Lubbock Magazine, in April 2008. The magazine is published eight times a year.

In February 2011, The Avalanche-Journal became the first media company on the South Plains to launch an application for the iPad. [10]

In 2017, Morris Communications sold its newspapers to GateHouse Media. [11]

Journalists who got their start at the Lubbock Avalanche-Journal include CBS Evening News anchor Scott Pelley. 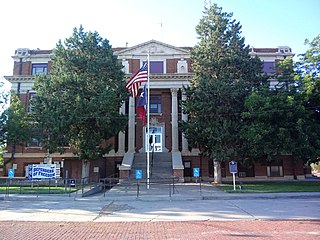 Memphis is a city and the county seat of Hall County, Texas, United States. As of the 2010 census, the population was 2,290. 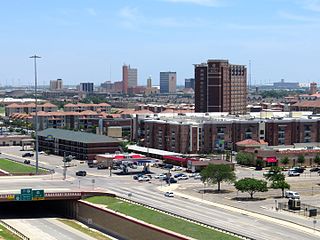 Lubbock is the 10th-most populous city in the U.S. state of Texas and the seat of government of Lubbock County. With a population of 260,993 in 2021, the city is also the 85th-most populous in the United States. The city is in the northwestern part of the state, a region known historically and geographically as the Llano Estacado, and ecologically is part of the southern end of the High Plains, lying at the economic center of the Lubbock metropolitan area, which had an estimated population of 325,245 in 2021. 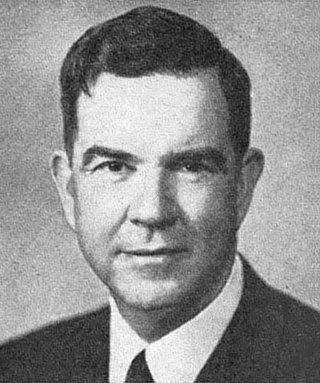 George Herman Mahon was a Texas politician who served twenty-two consecutive terms (1935–1979) as a member of the United States House of Representatives from the Lubbock-based 19th congressional district. He was a member of the Democratic Party.

The Lubbock Lights were an unusual formation of lights seen over the city of Lubbock, Texas in August and September 1951. The Lubbock Lights incident received national publicity in the United States as a UFO sighting, and was investigated by the U.S. Air Force. The Air Force ultimately concluded that the lights were "positively identified as a very commonplace and easily explainable natural phenomenon".

The Daily Toreador, also known as The DT, is the student newspaper of Texas Tech University in Lubbock, Texas. The newspaper was first published in 1925 as The Toreador and later changed its name to The University Daily before arriving at the current name in 2005. All content for The DT is produced by a staff around 40 members including editors, reporters and photographers. The DT has received numerous regional and national awards, including two Columbia Scholastic Press Association Silver crown awards and two Associated Collegiate Press Pacemaker Award finalists. As well, the paper counts five Pulitzer Prizes and four winners amongst its former staff members.

The Amarillo Globe-News is a daily newspaper in Amarillo, Texas, owned by Gannett. The newspaper is based at downtown's FirstBank Southwest Tower, but is printed at a facility in Lubbock.

William Taylor "Spike" Dykes was an American football coach. A high school and college football coach throughout his career, he last served as head coach at Texas Tech University from 1986 to 1999.

Texas is a stage musical produced annually by the Texas Panhandle Heritage Foundation at the outdoor Pioneer Amphitheater in Palo Duro Canyon outside of Canyon, Texas. The show is performed every Tuesday through Sunday from June through August. It was written by Pulitzer Prize-winning playwright Paul Green and conceived of as an idea by Margaret Pease Harper.

Houston Harriman Harte was a newspaperman who co-founded Harte-Hanks Communications.

KFYO is a Lubbock, Texas, based news/talk radio station, owned by Townsquare Media. Its studios and transmitters are located in southwest Lubbock.

The Caprock Chief or Caprock Xpress was a proposed Amtrak inter-city rail service which would run from Fort Worth, Texas to Denver, Colorado, passing through the Texas Panhandle, which currently does not have passenger rail service of any kind. Initially proposed 2000-2001, the project has not yet seen significant progress and is unlikely to be implemented. "Caprock" is a geological term for a harder or more resistant rock type overlying a weaker or less resistant rock type, and lends its name to the Caprock Escarpment that defines the edge of the high plains of the Llano Estacado. 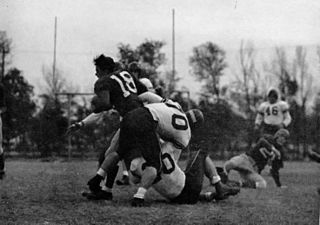 The 1946 Texas Tech Red Raiders football team was an American football team that represented Texas Tech University in the Border Conference during the 1946 college football season. In their sixth season under head coach Dell Morgan, the Red Raiders compiled an 8–3 record, finished in second place in the conference, and outscored all opponents by a total of 148 to 116. The team played home games at Tech Field in Lubbock, Texas.

The 1925 Texas Tech Matadors football team was an American football team that represented Texas Technological College as an independent during the 1925 college football season. In its first season of intercollegiate football, Texas Tech compiled a 6–1–2 record. Windy Nicklaus was the team captain. The team played its home games at the South Plains Fairgrounds in Lubbock, Texas.

Charles A. Guy was the longtime owner and editor of the Lubbock Avalanche-Journal.

The 1946 West Texas State Buffaloes football team was an American football team that represented West Texas State College in the Border Conference during the 1946 college football season. In their fourth and final season under head coach Gus Miller, the Buffaloes compiled a 5–5 record, finished in fifth place in the Border Conference, and were outscored by a total of 132 to 121.