Maluti-a-Phofung Local Municipality is an administrative area in the Thabo Mofutsanyane District of the Free State in South Africa. It encompasses substantially all of the former bantustan of QwaQwa, except for the small enclave (detached portion) at Botshabelo. [4] [5] The population is almost entirely Southern Sotho. [5] The municipality is named after the Drakensberg mountains (known as "Maluti" in Sesotho). The peak in Qwaqwa is known as the Sentinel, which is called "Phofung" in Sesotho. [6]

Maluti-a-Phofung is one of the very very poorer municipalities in the Free State; as of 2011 over 82% live below the poverty line. [4] Prior to 1994, the area was relatively prosperous with over 250,000 people employed in the textile and furniture industries, mostly at low wages. [4] The new South African government terminated industrial subsidies. That and labor agitation for higher wages made the factories uneconomic, and over the next decade most of the factories closed. [4] The last one closed in 2010. [4] At present government is the largest employer followed by a weak retail employment. The municipality itself has been in substantial debt for decades, and owes a considerable debt to both the regional water and electrical utilities (R3,769 million). [7] [8]

In 2018, local residents held a mass protest concerning the failure to provide municipal services. [7] The protest turned into a riot, shopping malls were looted, [7] [14] and one man was fatally shot. [15] As a result, Cogta (the Free State Department of Cooperative Governance and Traditional Affairs) intervened and administration was removed from the mayor and local council and placed directly under Cogta, [16] [17] a move welcomed by the South African Municipal Workers' Union. [18]

The municipal council consists of sixty-nine members elected by mixed-member proportional representation. Thirty-five councillors are elected by first-past-the-post voting in thirty-five wards, while the remaining thirty-four are chosen from party lists so that the total number of party representatives is proportional to the number of votes received. In the election of 3 August 2016 the African National Congress (ANC) won a majority of forty-seven seats on the council.

The following table shows the results of the election. [19] [20]

In 2019, the African National Congress (ANC) expelled sixteen of its municipal councillors (fifteen ward councillors and one PR councillor) for defying a Provincial Executive Committee (PEC) decision by siding with opposition parties to remove executive mayor Vusi Tshabalala. All fifteen ward councillors contested the by-elections as independent candidates in their respective wards on 28 August 2019, of whom ten were elected. The ANC managed to retain five wards, despite strenuous canvassing by the provincial leadership and former premier Ace Magashule. The table below depicts the new composition of the council. [21] [22]

The 2001 census divided the municipality into the following main places: [23] 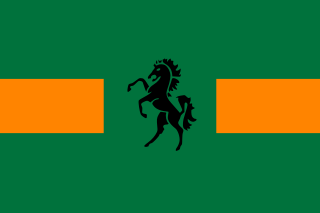 QwaQwa was a bantustan ("homeland") in the central eastern part of South Africa. It encompassed a very small region of 655 square kilometres (253 sq mi) in the east of the former South African province of Orange Free State, bordering Lesotho. Its capital was Phuthaditjhaba. It was the designated homeland of more than 180,000 Sesotho-speaking Basotho people.

Dikwankwetla Party of South Africa is a political party in the Free State province, South Africa. The party was founded by Kenneth Mopeli in 1975. The party governed the bantustan state of QwaQwa from 1975-1994.

Lesedi Local Municipality is an administrative area in the Sedibeng District of Gauteng in South Africa. 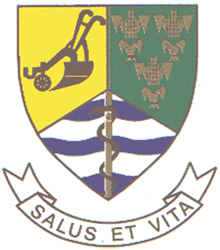 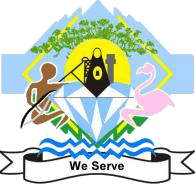 The Sol Plaatje Local Municipality is a local municipality in the Frances Baard District Municipality district of the Northern Cape province, South Africa, named after Sol T. Plaatje. It includes the diamond mining city of Kimberley.

Mangaung Metropolitan Municipality is a metropolitan municipality which governs Bloemfontein and surrounding towns in the Free State province of South Africa. Mangaung is a Sesotho name meaning "place of Cheetahs". Legend has it that when the first settlers arrived, they were stunned by the vast plains that were roamed freely by cheetahs.

Senqu Local Municipality is an administrative area in the Joe Gqabi District of the Eastern Cape in South Africa. Senqu is a Sesotho name for the Orange River.

Mohokare Local Municipality is an administrative area in the Xhariep District of the Free State in South Africa. The name is a Sesotho word for Caledon River, which runs through the municipality.

Sarah Matawana "Olly" Mlamleli is a South African politician who served as the Mayor of the Mangaung Metropolitan Municipality from August 2016 until August 2020. A member of the African National Congress, she served as the Free State Member of the Executive Council (MEC) for Cooperative Governance, Traditional Affairs and Human Settlements from February 2012 to August 2016.